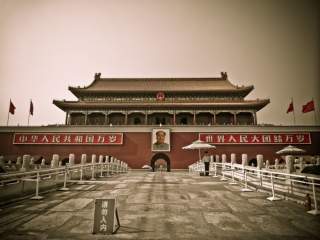 Bell argues that although political meritocracy as practiced in China today is not perfect, its superiority can already be judged from its delivered performance: “Few would deny that the system has performed relatively well compared to democratic regimes of comparable size and level of economic development.” (This carefully phrased sentence draws our attention to India as the case for comparison, but, raising the stakes, Bell states that he will “draw most of my examples from the United States.”) The claim that authoritarian systems perform better than democracies of course depends on the criteria for performance. Eschewing the easy debating point that the Chinese economy in the post-Mao period has grown faster than the Indian or American economies and has lifted millions out of poverty—and setting aside his own long list of the flaws in Chinese governance—Bell draws attention to four criteria of performance:

voters should do their best to elect wise leaders, the government should try to structure the economy so that the benefits do not accrue only (or mainly) to a small group of rich people, leaders should not enact policies that wreck the environment for future generations, and the political system should not poison social relations and unduly penalize those who seek harmonious ways of resolving conflict.

It would seem difficult to argue that the Chinese system performs these four functions better than the American—or even the Indian—system. But Bell does so in two ways. First, as already noted, he compares apples and oranges—the actual performance of liberal democracies with the potential performance of a meritocratic system. Thus, for example, he says that “[on the environment] the Chinese government . . . seems to be taking steps in the right direction,” but he says nothing about similar policy steps in the United States. “Electoral campaigns can be so poisonous” in America, he writes, “that reasonable accommodation of differences becomes almost impossible”—but nothing is said about the fact that in China, Liu Xiaobo is serving year six of an eleven-year jail term for “inciting subversion of state power,” while Uighur scholar Ilham Tohti, who used his writing and teaching to warn the regime about the risks of its repressive policy toward ethnic minorities, is serving a life sentence for “inciting ethnic hatred.”

The second way in which Bell evaluates performance is to identify it with a value he labels “harmony.” To spell this out, he directs the reader to two appendices to the book that are published on the Princeton University Press website. One of them appears in the form of a dialogue between Bell and an impressively articulate propaganda official named Zhao Bing Bing. She states, “I personally think, in the context of China, that communism basically is the same as [Confucian ideal of] ‘the world of great unity,’” and adds, “The essence of our values should be: in harmony with the sky, with the land, with the people . . . it should be the harmony that one may easily stay calm, that people do not argue with one another, that humankind and nature coexist well, and that the world is peaceful.” Knowing how power is used in China, one reads these words with a shudder.

Why not read Bell’s latest effort as a work of political theory, a conceptual “defense of political meritocracy” whose validity does not depend on an endorsement of the Chinese regime? It is because, living in China, knowing a lot about China, claiming to compare China to other systems and describing the China model as “both a reality and an ideal,” Bell is encouraging readers to read him as if he were writing about China. Yet the China model touted by Bell—“a vertical model with political meritocracy at the level of the central government and democracy at the local level”—does not exist, and it has no prospect of coming into existence under the auspices of the Chinese Communist Party. Bell should stop looking for a new model. The old one serves us quite well. If there is a system that can correct its own errors and move toward greater perfection, it is not authoritarian elitism, but liberal democracy.