Belarus At the Eye of the Storm 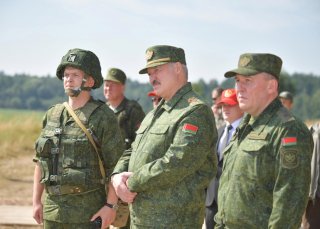 The rapidly developing situation in Belarus could potentially trigger the most significant shift in the European status quo since events in Ukraine in 2014. How likely is regime change in Minsk? Could Russia realistically take military action to forestall it? Might an incipient struggle for predominance in Belarus spark a wider confrontation between the United States, Europe, and Russia?

For the United States, Russia and the European Union, Belarus—and the fate of its President Alexander Lukashenko—has become an unexpected flashpoint. To discuss the situation, the Center for the National Interest hosted four prominent speakers. To hear the discussion you can use the link here:

Fyodor Lukyanov is one of Russia’s foremost experts in foreign affairs, serving as Chairman of the Presidium of the Council on Foreign and Defense Policy, editor in chief of Russia in Global Affairs, and research director of the Valdai Discussion Club. An independent-minded observer, he is also well connected within the Russian government with direct access to President Putin.

Nikolas Gvosdev is the Captain Jerome E. Levy Chair in Economic Geography and National Security at the US Naval War College in Newport, Rhode Island, and is an insightful analyst of the dynamics and dangers of great power competition among the United States, Russia, and China.

David Marples is Distinguished University Professor in the Department of History & Classics at the University of Alberta, specializing in the history and contemporary politics of Belarus, Russia, and Ukraine.