Benjamin Netanyahu vs. The World 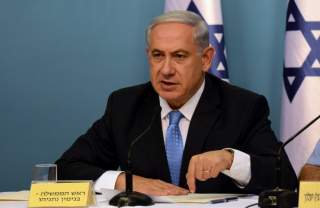 Prime Minister Benjamin Netanyahu has managed to do what no recent Israeli premier has done: antagonize the world. His arrogance, belligerent approach and penchant for caving in to pressure from his right flank have contributed significantly to an Israel alienated from the global community—from friends and foes alike.

Today, U.S.-Israeli relations are at their lowest point in decades, notwithstanding the half-hearted denials from Washington and Jerusalem. While the strategic cooperation between the two stalwart allies remains indisputably strong, the atmosphere has rarely been worse. Serious policy disagreements and mutual distrust and dislike characterize the personal relationship between President Obama and Prime Minister Netanyahu.

The latest crisis in U.S.-Israeli relations was sparked by Netanyahu’s recent announcement that he was going ahead with plans for 1,060 new housing units in East Jerusalem, which the Palestinians see as the capital of their future state. The State Department responded with a swift condemnation, which was promptly dismissed by Netanyahu as “detached from reality.” The war of words escalated from there, with an administration official calling Netanyahu “a chickensh*t,” though the administration subsequently distanced itself from that barb. Indeed, the history of mutual recriminations and insults between the two leaders is long.

Netanyahu’s troubles with Washington began long before the Obama presidency. Many supporters of Israel who question Obama’s commitment to Israel are probably not aware that Netanyahu was barred from the State Department in 1990 by James Baker, who served as Secretary of State for Bush 41st, or that President Clinton was no more enamored with Netanyahu than the current president. “Who’s the f*cking superpower here?” was reportedly uttered by Bill Clinton after his first meeting with Netanyahu during the latter’s first term in office. What followed were three contentious years of Clinton pressuring Netanyahu on the diplomatic front and Netanyahu undermining Clinton by wooing conservative opponents of the president. Netanyahu did little to hide his preference for Republicans back then just as he intervened in the last presidential elections with his implicit endorsement of Mitt Romney.

The geopolitical situation Israel faced in the 1990s, however, is quite different than the conditions Israel faces today. In the midst of the first Intifada and in the aftermath of the Persian Gulf War and the collapse of the Soviet Union, Rabin’s Labor government took advantage of a weakened PLO to negotiate the Oslo accords. Although the Oslo process eventually collapsed, Israel was rewarded for its aggressive pursuit of peace. Twenty years ago, Jordan became the second Arab country to sign a peace treaty with Israel. Morocco became the third Arab state to establish diplomatic relations with Israel when “liaison offices” were opened in Rabat and Tel Aviv. The Gulf Cooperation Council (GCC) ended its boycott on companies that did business with Israel; Israel established trade missions in Qatar and Oman; and Israeli businessmen were racking up frequent-flyer miles on their trips to Gulf states. Turkey and Israel became de facto allies. The Arab and Muslim world was opening up to Israel in a big way.

Today, the peace process is dead, the Palestinians have sunk into despair, and Israel is becoming increasingly isolated. The commercial opportunities with the Gulf states have evaporated. Bilateral relations between Israel and Morocco are frozen. Relations with Turkey are at a nadir. And Jordan, Israel’s best friend in the Arab world, has recently taken the highly unusual step of recalling its ambassador in light of the ongoing tensions in Jerusalem.

Israel’s relations with European leaders are also shaky. Israel recently recalled its ambassador to Sweden after it became the first Western country to recognize a Palestinian state. The Netanyahu government was similarly miffed when the British House of Commons voted to endorse the recognition of a Palestinian state. During that debate, a longtime supporter of Israel, the Conservative’s Sir Richard Ottaway, admonished Israel for “drifting away from world public opinion.” Even German chancellor Angela Merkel, Israel’s best friend in Europe, has chided Netanyahu for failing to take “a single step to advance peace.”

To be sure, the present turmoil in the Middle East—from the spread of ISIS to the bloody civil war in Syria—does not involve Israel. Nor is Israel responsible for those elements of the de-legitimization campaign that have hostile intentions toward Israel or are tinged with anti-Semitism. The Boycotts, Divestment, and Sanctions (BDS) movement, for example, is led by activists who have circulated mendacious anti-Israel propaganda and whose tactics have been assailed even by some longtime critics of Israel. The wave of anti-Semitism that has reared its ugly head throughout Europe might have been unleashed by disgruntlement over recent Israeli actions, but Israel is hardly the cause of Europe’s age-old virulent disease.

Netanyahu and his right-wing coalition partners, however, do bear much responsibility for the marked deterioration in Israel’s relations with other countries. Although Palestinian Authority president Mahmoud Abbas is far from an ideal peace partner, the process collapsed on Netanyahu’s watch. Netanyahu is not concerned about the Palestinian issue, but rather about a nuclearized Iran and a Middle East being overrun by radical Islamists. The rest of the world, on the other hand, does not share his indifference to the occupation.

The Netanyahu government’s continuous expansion of settlement activity in the West Bank and East Jerusalem, combined with its disregard for the peace process, undermines the prospects for a two-state solution to the conflict while reinforcing the image of an Israel intent on continuing the occupation indefinitely. Israel cannot afford to give up on peace any more than it can afford to give up on the rest of the world. Concerned with the direction their country is heading, 100 former members of the Israeli defense establishment sent a letter to Netanyahu, urging him to work toward a two-state solution. Supporters of Israel in the United States ought to do the same.

Guy Ziv is an assistant professor at American University’s School of International Service and director of the Israel National Security Project (INSP). His book, Why Hawks Become Doves: Shimon Peres and Foreign Policy Change in Israel, has recently been published by SUNY Press. You can follow him on Twitter: @ZivGuy.