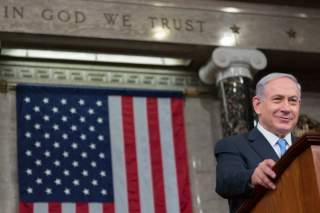 Rarely have so many Israelis, Americans, Arabs, Europeans, and just about everyone else on the planet been more annoyed, exasperated, and angry with an Israeli Prime Minister. His utter self confident image on one hand and his preternatural risk aversion on the other, leads many to conclude that he’s an empty suit, all talk, without any serious strategy to free Israel from the threats and challenges that surround it. And if there is action, it’s all pointed in the wrong direction (see settlements; intrusion into U.S. politics; Palestinian statehood, etc).

The problem is that among analysts, experts, and diplomats, there’s been a long history of underestimating Netanyahu. I remember betting my colleague Dennis Ross in the summer of 1996, shortly before Netanyahu defeated Shimon Peres, that there was no way Bibi would ever become prime minister. Madeline Albright described him as an American Newt Gingrich and she didn’t mean it as a compliment. Another diplomat compared Netanyahu’s style of governance to a drunk without direction careening from lamp post to lamp post on a dark street. And then of course there was the now famous Clinton eruption after meeting the prime minister for the first time in 1996: “Who’s the fucking superpower,” the frustrated president exclaimed to an aide.

So if Netanyahu is such a disaster, a bold, brash do nothing leader, why has he been elected in unprecedented back to back to back to back elections? Why is he on track to be the longest governing prime minister in Israel’s history, possibly surpassing David Ben-Gurion in 2018? And more to the point, given their rivalry, is he likely to outlast Barack Obama who most certainly was rooting for ABB (anybody but Bibi) in the March elections?

Benjamin Netanyahu isn’t just a political speedbump to be negotiated away. He’s an authentic part of a deeply divided but buoyant nation operating in a very dangerous neighborhood. And he may well be with us for some time to come. Here’s why.

You Can’t Beat Something with Nothing

Israel is well advanced into a leadership transition from a cross generation of founders who played key roles in the creation and maintenance of the Israeli state to a generation of younger politicians who lack their authority and legitimacy. With Ariel Sharon’s passing last year and Shimon Peres in his 90’s, that transition is nearing its completion. And what has become unmistakably clear is that of the younger generation, only Netanyahu has proven truly durable. After an unsuccessful term as prime minister and a disastrous Lebanon war, Ehud Olmert has been indicted and now faces prison time for breach of trust; Ehud Barak— bold and visionary—during his 1999-2001 term as prime minister proved incapable of retaining the public’s trust, his peace efforts collapsing into violence during the second intifada. Indeed Barak lost to Ariel Sharon in 2001 in the biggest and most lopsided landslide in the history of Israeli politics.

Only Netanyahu, elected for the first time in 1996, managed to overcome his defeat by Barak in 1999 and, after almost decade out of government managed, to come back in 2009; elected again in 2013 and finally most recently in 2015.

There may be no second acts in American politics, but there are in Israel. And despite all of his flaws, classic missteps and misjudgments, Netanyahu has managed to remain on the stage much longer than his rivals. First, he’s avoided two huge problems that plagued some of the competition: no indictments and convictions; and second no major blunders on war or peacemaking that came to be seen as abject or costly failures. Ehud Olmert was damaged by the 2006 Lebanon war, and Ehud Barak by concessions at Camp David followed by the violence and terror of second intifada that he couldn’t stop. These two were one termers and it’s unlikely they’ll come back again.

With Netanyahu, however, it’s reminiscent of Groundhog Day. In two of his previous victories he capitalized on presenting himself as Mr. Security at a time of great uncertainty. Similarly, he looks, acts and sounds like a prime minister. And many Israelis buy it.

In a pre-election February 2015 poll, a majority of Israelis thought Netanyahu had served long enough. And yet, when asked who was more fit and capable of being prime minister, Netanyahu significantly outpolled his closest rival, Isaac Herzog. And there’s something else too. For all his tough talk and bluster, Netanyahu is exceedingly careful and risk-averse. And paradoxically, that caution has kept him out of government wrecking blunders. Netanyahu didn’t get the highest marks for last summer’s war in Gaza; but his limited objectives also didn’t hurt him at home. It’s been almost a year now of relative quiet from Hamas rockets. In a country that just polled number 11 on the Columbia Global Happiness Index, Netanyahu isn’t presiding over a nation that’s forlorn and despairing.

But with all its flaws and imperfections, fears of losing its Jewish and democratic character and an occupation, Israel is a country that is also resilient, dynamic and extraordinarily productive. Benjamin Netanyahu isn’t revolutionary or a boat rocker. He presents himself as a protector of a status quo many Israelis believe isn’t so bad.

Israel Has Moved to the Right

The Netanyahu phenomenon most likely wouldn’t be possible if the Israeli electorate hadn’t become more conservative. But since 2000 and the second intifada, that’s the trend. Consider the fact that the left represented by the Meretz party contributed 12 seats to Rabin’s coalition in 1992; today they’re at 5. Combine that with the harder line views of the Russians, Orthodox, and Israelis from Middle Eastern communities, toss in the settler movement and you can see the pattern. This shift to the right isn’t necessarily permanent. In fact, this recent election wasn’t a triumph of the hard right at all. Lieberman’s party lost seats and so did Naftali Bennett’s. And the Labor Party now merged as the Zionist Union polled a very respectable 24 seats.

The right circumstances and leadership could energize a more dynamic center. But right now that’s a thought experiment. Since 2000 there’s no doubt that Israeli voters have become more cautious on matters regarding national security issues even while they have focused as much or more on progressive changes on housing, cost of living, banking reform, and strengthening the middle class. This reformist spirit combined with a conservative take on national security is probably best embodied in Moshe Kahlon, the new finance minister and a key member of the Netanyahu government. Still, as important as domestic issues are, security continues to trump all. And the prime minister’s success in weaning 200,000 Israeli voters back to Likud in the recent election by playing on the fears of the Arabs and even American pressure proves it.

Perhaps more than any other single factor, Prime Minister Netanyahu’s durability is a response to a Middle East that is angrier, more turbulent, and more dangerous than ever before. Other than the strengthening of Egyptian-Israeli relations largely in response to the threat from Hamas and jihadi groups operating in Sinai, there’s very little good news. In fact, the sense of the region coming apart is what Israelis perceive in the daily news takes: in Gaza, Hamas survived the war and is rearming; in Lebanon, Hezbollah is estimated to have 100,000 high-trajectory weapons; on the Golan, once the region’s quietest border, al-Nusra and pro-Iranian elements are seeking to ensconce themselves; in Sinai, jihadi groups wreak havoc on Egyptian troops. And in Syria and Iraq, IS continues not just to survive but to export their savage online theater with beheadings and burnings of Christians, Shia and Sunnis who oppose them.

In short, the meltdown across the Arab world only reinforces Netanyahu’s harder edge and very cautious approach when it comes to making concessions to the Palestinians, and bolsters his case that Iran’s behavior in the region, already expansionist, will become worse once it’s fueled by billions of dollars in sanctions relief. Netanyahu’s message is a compelling one.

“I have the experience in dealing with the Arabs; none of my opponents do. I’ll protect the country and not be pressured by the Americans or the UN into making dangerous concessions at a dangerous time.”

In this respect the broken, angry, and dysfunctional Middle East remains the best set of talking points for Netanyahu at home and in Washington too. And from the looks of things, the Middle East is a gift that will keep on giving.

Can Netanyahu and his Government Last?

You wouldn’t think so. A government dependent on a single seat is vulnerable to varying degrees of serendipity, blackmail, and extortion, not to mention the fact that the prime minister has promised things to both the religious parties and to his new finance minister and he must deliver or risk coalition instability. Still, narrow also means Mutually Assured Destruction. If one party steps out of line or asks for too much, the whole coalition could collapse. You could always go to new elections. But what’s the point? More than likely the results would be the same.