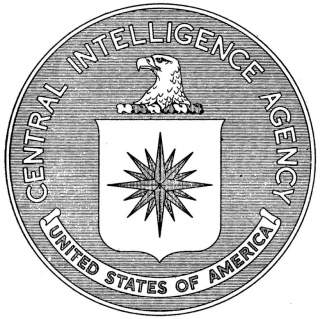 Josh Kerbel has written often and eloquently about raising the standard of intelligence analysis across the community, and his recent piece on analytic creativity in these pages is no different. Kerbel admonishes the Intelligence Community for not embracing a fundamentally different model of understanding how the world works.

The world has changed in substantial ways; however, a great many issues that directly concern the Intelligence Community have changed less than commerce, society and technology, as well as the speed of information. The veiled shroud of secrecy and disinformation surrounding Chinese-leadership politics is one. The status of Iran’s nuclear program is another. Traditional analysis of foreign policy and foreign military affairs remain important subjects of U.S. intelligence work. However much the world has changed, these traditional targets and others like them are not the subjects of some fundamentally different world, governed by any greater complexity than the world of yesteryear.

As much as observers might want to say that nongovernmental actors have eclipsed the nation-state in importance, the reality is that most U.S. government work revolves around interactions with other states. Terrorist groups, epidemics and climate change are only a small part of day-to-day policy work.

The Intelligence Community is constrained by both the institutions and people of policy creation and implementation. The White House staff, Defense Department, the State Department, the U.S. military services and combatant commands, as well as other policy departments all have their own routines and regular processes. The departmental focus of the agencies ensures their product gets tailored with inside knowledge of the department, feeds its processes and usually responds to its tasking. While this can create some analytic duplication, the focus and timing of intelligence analysis is more likely to reflect the narrower needs of departmental policy makers than the broadest interests of the government. Decision makers do not need the broadest interests of the government, but rather the specific information that fills in the missing pieces they require.

The U.S. Intelligence Community does not function as a community, all pulling in a common direction. Most of the sixteen intelligence agencies report to specific government departments, and only a few have a broad mandate and regularly support multiple sets of policy makers across the government—most notably the Central Intelligence Agency and the National Security Agency. The “community” element largely comes from the pooling of intelligence information, not necessarily the agencies’ close coordination on operations and analysis.

Departmental control over intelligence shapes how and what work gets done, but it is the human factor that can actually distort intelligence. Since the Iraq WMD failure and the national failures preceding the September 11, 2001 terrorist attacks, intelligence analysts have been force-fed practically oriented cognitive psychology to help redress the potential pitfalls of analysis. One of the most important dangers is that analysts develop mindsets or concepts through which they filter incoming information. The danger is that new information receives automatic credibility or dismissal as it comes in piecemeal.

The natural tendency in the busy, uncertain environment in which U.S. policy makers work is to seek information that confirms their original perspectives and/or their desired course of action. Even exempting the potential politically motivated blinders, these cognitive biases cannot be prevented by awareness. Correcting for biases requires structured ways of dealing with data and coming to decisions that slow down or remove the human brain’s ability to make connections and remember things that are not real. Protecting against these problems—or, in positive terms, encouraging rational policy making—underpins formalized policy procedures.

The stress and high tempo of policy making, as well as the fear of leaks also ensure that policy makers place a high premium on trust. This is one of the reasons why political campaigns work as bonding experiences for incoming administrations. Intelligence analysts usually lack these connections, and policy makers do not have a clear way to evaluate the claims made in anonymous papers. As CIA’s Harold Ford wrote of policy makers during the Vietnam War, most are “simply too busy much of the time to absorb the judgments of relatively junior, unknown intelligence officers.”

The result of this combination of the institutions and the people is a natural narrowing of the scope for relevant intelligence reporting and analysis. In times of dramatic change in decision making, the institutions with their departmental focus and the people operating within them constrain the ability to meet new demands. This was the core frustration expressed by the recently departed DIA director General Michael T. Flynn about the handling of intelligence in Afghanistan in a report for the Center for a New American Security. The level of detail necessary and the kind of information useful, as well as the procedures handling intelligence information for a departmental policy maker or an NSC staffer are entirely different than military commanders in field or diplomats engaged in a long-term set of negotiations.

The more focused on day-to-day policy relevance the U.S. intelligence agencies become, the more these constraints shape the functioning of intelligence.

The area with the most room for creativity is warning, but effective warning requires a great deal of analytic slack or a well-established system of indicators and warning. The first deals with horizon scanning and looking for emergent threats that cannot be anticipated through the normal analytic process. The second deals with already anticipated concerns where analysts can structure the questions and readily identify incoming information that addresses whether the threat is emerging. The first is creative, but the second much less so.

From a policy perspective, warning is disruptive. It demands that the already crammed schedule of policy makers adjust to accommodate a new issue that may or may not be managed through already functioning policy processes. While surprise may be worse, decision makers can more easily address unfolding events in the real world than a potential problem that may or may not emerge. Not only are intelligence warnings dealing in probabilities, but the U.S. Intelligence Community avoids prescribing policy, ensuring that many warnings arrive without a clear sense of how to head off the potential problem—or for problems with no clear solution.

The controversy over the Obama administration’s handling of intelligence on ISIL/ISIS and the growing threat it posed to Iraq illustrates the problem of warning quite well. Even with mid-level policy officials and senior intelligence officials speaking up, the White House seemingly did not like the prospects of going back into Iraq and reinforcing Iraqi prime minister Nouri al-Maliki’s government. Acting on the warning would have disrupted the administration’s narrative about the necessary U.S. role in Iraq and preferences on the use of force.

Can U.S. intelligence be better, as Kerbel and others so fervently hope? Certainly. As Columbia University professor Richard Betts repeatedly observed, however, changes will be at the margins and provide modest improvements at best. Perhaps, Betts is overly pessimistic. However, the effectiveness of U.S. intelligence is not the sole purview of the U.S. Intelligence Community and the Office of the Director of National Intelligence. They cannot do it alone.

Intelligence and policy have a symbiotic relationship, but, ultimately, successful action counts for more than good information. A great many major U.S. foreign-policy decisions, including those of war and peace, have been made without intelligence inputs. As Paul Pillar chronicled in Intelligence and U.S. Foreign Policy: Iraq, 9/11, and Misguided Reform, a range of important U.S. decisions from whether to defend South Korea in 1950 through many of the Vietnam decisions and on to the Iraq War were made without serious inputs from intelligence. Some of these decisions, like defending South Korea, stand the test of time; others, as we know, do not.

These important national-security decisions put to bed a well-known, inside-the-Beltway saying that holds there are “only intelligence failures and policy successes.” Just because this pernicious myth allows policy makers to pass the buck by claiming that the correct information would have led to a better decision, does not mean intelligence can succeed where policy fails.

The timeliness, accuracy, and relevance of intelligence are irrelevant if decision makers do not use or abuse it. Decision making defines intelligence. Intelligence and the activities of organizations designed to conduct it reflect the attention to which the United States’ senior-most policy makers give to them.

In his path-breaking study of the U.S. presidency and intelligence, Christopher Andrew concluded that only George Washington, Dwight Eisenhower and George H.W. Bush had any flair for intelligence. The first, Washington, ran intelligence from his saddle during the Revolution and, later, from the presidential residence. Intelligence reflected his requirements, because of the personal attention he allotted. Eisenhower and Bush as well as their staffs, however, devoted a great deal of time to developing and running a systematic national-security decision-making process, creating space for intelligence to play an important role. It is not coincidental that a study of the National Security Council process suggested that these two presidents ran the most deliberate, open and fair policy-making process.