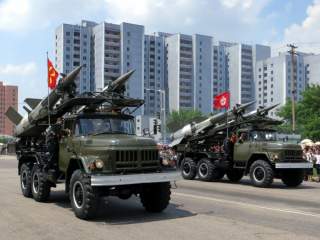 President Obama’s decision to restore diplomatic relations with Cuba was a wise and courageous exercise of leadership. His action marked the first stage toward ending a policy that had been a spectacular failure for more than half a century. That move, along with the ongoing dialogue with Iran, also reflects a refreshing willingness to engage adversaries instead of trying to isolate them. The isolation strategy has rarely worked; Washington’s frustrating experience regarding Communist China in the 1950s and 1960s, Vietnam from the mid-1970s to the mid-1990s and Iran until the past year or so underscore the futile, counterproductive nature of such a surly strategy.

But instead of pursuing a policy of engagement, Obama is moving in the opposite direction regarding North Korea. Primarily in response to the Sony cyberhacking incident, the president has now imposed an array of new sanctions against Pyongyang. That step intensifies the long-standing U.S. policy of attempting to isolate North Korea’s obnoxious and volatile communist regime. But that approach has worked no better than the now abandoned approach regarding Havana and Tehran. Instead of persisting with a coercive strategy based on ever-tightening sanctions, the administration should consider applying the new “Cuba model” of U.S. diplomacy to North Korea.

Admittedly, North Korea is a tougher case than either Cuba or Iran, Given North Korea’s dangerously disruptive behavior in recent years, including two armed attacks on South Korean targets, the Obama administration needs to adopt a two-track approach, rather than just duplicate the conciliatory model being used with respect to Cuba and Iran.

Despite the murky Sony episode, Kim Jong-un’s government has shown signs of more cooperative behavior in recent months, including Kim’s statement this week that Pyongyang is willing to conduct the highest level talks with South Korea on a range of issues, including the potential political reunification of the Korean Peninsula. We should not invest too much hope in North Korea’s latest charm offensive, however, since such periods have frequently alternated with episodes of dangerous bellicosity. It is far too soon to assume that Pyongyang has truly abandoned its policy of periodic belligerence.

Nevertheless, Washington should explore ways to reduce tensions with North Korea and develop something at least resembling a normal relationship with that country. The existing strategy has failed to produce meaningful positive results. Indeed, Washington’s primary objective—to roll back Pyongyang’s nuclear-weapons and ballistic-missile programs—has been an utter failure. Although U.S. diplomatic pressure has led to a steadily escalating system of international economic sanctions directed against North Korea, the country’s nuclear and missile capabilities slowly but inexorably continue to progress.

As in the cases of Washington’s dealings with Cuba and Iran, a new North Korea policy is needed. U.S. leaders should seek to negotiate a treaty with Pyongyang to replace the 1953 Armistice and, at long last, formally end the Korean War. The offer of full diplomatic relations needs to be put on the table, along with a willingness to reduce and ultimately terminate economic sanctions in exchange for Pyongyang’s withdrawal of its military forces from their current menacing positions near the Demilitarized Zone with South Korea. Although many other thorny issues would remain, most notably North Korea’s development of nuclear weapons, such steps to reduce tensions would be a good start toward developing a more constructive bilateral relationship.

But U.S. policy should also have a hedging element in case Pyongyang attempts to revert to aggressive behavior. A hedging component requires engaging China in a candid manner. Although Western officials and pundits tend to overestimate Beijing’s clout with Pyongyang, China is the only country that has meaningful leverage. North Korea depends on China for at least half of its food and energy supplies. Severing, or even significantly reducing, that aid could have devastating effects on North Korea’s already impoverished economy.

But despite growing embarrassment and annoyance regarding its aggressive, unpredictable ally, Beijing has been reluctant to exert such leverage. Chinese leaders worry that a harsh policy might cause the North Korean state to unravel, leading to an assortment of potential nightmares. Those include the possibility of a dying regime in Pyongyang lashing out militarily against its adversaries, possibly triggering another war on the Korean Peninsula. Even if that catastrophe could be averted, the danger of a flood of refugees from a collapsing North Korea into China would be a probable outcome. And there is a worry among Chinese officials that Washington would exploit the disintegration of North Korea to convert the military alliance with South Korea into a similar arrangement with a united Korea—perhaps even establishing new U.S. bases in the northern part of the Peninsula near China’s border. Washington’s decision to expand NATO eastward to the border of the Russian Federation, exploiting Moscow’s weakness after the Cold War, reinforces Chinese suspicions.

U.S. officials need to send a dual message to Beijing. First, they must give assurances that under no circumstances would Washington retain a military alliance with Seoul if Korean reunification takes place—much less seek to station U.S. forces near the border with China. Second, U.S. leaders need to stress to their Chinese counterparts that if Beijing wants Washington to respect a Chinese sphere of influence in East Asia, China must take responsibility for maintaining order within that sphere. That means making sure that if the North Korean regime continues in power, it will not be allowed to engage in disruptive, provocative behavior toward its neighbors or the United States.

Such a two-track strategy offers a better opportunity than imposing a new round of sanctions for achieving U.S. policy goals. President Obama’s latest actions are likely to join previous measures on the ash heap of failure. We need a radically different policy toward North Korea, since the current one is simultaneously provocative and ineffectual. Hedged engagement promises better results while reducing the level of risk, both to the United States and the nations of Northeast Asia. A diplomatic outreach to Pyongyang, combined with important reassurances and concessions to Beijing, should be the next item on the Obama administration’s diplomatic agenda.