A Better Way to Combat Terrorism 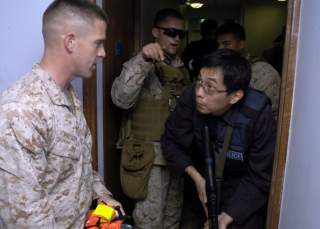 If we have learned one thing about fighting terrorism over the past decade or so, it is that sustained international coordination is necessary to effectively confront transnational terrorist groups. For instance, Operation Mont Blanc, which resulted in the capture of 9/11 mastermind Khalid Shaikh Mohammed and other top Al Qaeda operatives, involved close coordination between intelligence and law-enforcement officials from more than twelve countries over the course of almost two years. Without sustained multilateral cooperation to collect intelligence, capture terrorists, disrupt funding, and wage military actions, counterterrorism efforts will take longer and be less effective. Does that mean states should turn to international organizations (IOs) to lead their counterterrorism efforts? After all, IOs are well-suited to assist states in cooperating on a wide range of issues including economic crises, wars, famines and epidemics. It seemingly follows that states should turn to IOs to help coordinate counterterrorism efforts.

Surprisingly, such a conclusion is wrong. Despite the fact that IOs have been used to overcome problems that frustrate international cooperation, they are ill equipped to address terrorism. In part, this is because despite shared interests in fighting the phenomenon of terrorism, states often do not share an interest in fighting specific terrorist groups. Even when state interests do align, serious obstacles remain for the use of IOs in counterterrorism. States have better options, such as embracing transgovernmental networks, than going it alone or relying on IOs to foster counterterrorism cooperation. Networks allow governmental agencies to work directly with their counterparts in other countries, rather than relying on high-level political contacts to create cooperation. For example, U.S. Immigrations and Customs Enforcement pairs with its foreign counterparts to track and inhibit terrorist movements worldwide. Similar opportunities exist for the FBI, CIA, NSA, Treasury Department and U.S. military.

Before making the case for networks, it is important to understand why IOs fail to significantly enhance counterterrorism efforts. As I have argued elsewhere, they do so for three distinct reasons:

First, IOs have failed to enhance law-enforcement efforts. Effectively confronting terrorist groups through international law has proven impossible, as IOs have been unable to even agree upon a definition of terrorism. Furthermore, most IOs, such as the United Nations or Interpol, lack the capacity or authority to apprehend terrorists, while the International Criminal Court is expressly banned from prosecuting suspected terrorists. Efforts to enhance these powers have gone nowhere, leaving it to individual states to pursue legal remedies against terrorist groups.

Second, IOs have proven unable to significantly aid efforts to stanch the flow of terrorist financing. While the International Monetary Fund and World Bank have some initiatives in this area, they lack the ability to pass binding laws on their member states and states regularly fall well short of the organizations’ recommended best practices. Furthermore, states are often reluctant to publicly admit they monitor private financial transactions and have temporarily backed off their counterterrorism efforts when disclosures, such as the revelation that European banks were cooperating with U.S. intelligence agencies, have occurred. Given that coordination through IOs would raise the profile of such efforts, states are unlikely to want to bring IOs into the mix.

Third, IOs cannot aid in intelligence gathering and dissemination. Partially this is because IOs lack independent intelligence capabilities, but the main obstacle is that states closely guard their intelligence secrets. While states certainly coordinate counterterrorism intelligence efforts and share what they glean with allies, they are very unlikely to risk exposing their methods or sources by passing actionable intelligence through IOs.

In short, IOs fail as counterterrorism tools due to a lack of organizational capacity, states’ desires for secrecy, and the primacy of parochial, rather than universal, interests. Yet ad hoc state-to-state cooperation is difficult to sustain and likely to be insufficient to meet counterterrorism challenges. The failure of U.S. law enforcement to appreciate the threat posed by Boston Marathon bomber Tamerlan Tsarnaev resulted in large part because of poor communication between Russian and U.S. agencies. Had regularized channels of contact been in place, U.S. officials may have recognized the danger Tsarnaev posed. What, then, is to be done?

Happily, transgovernmental networks offer states a solution. States can use both formal and informal networks to coordinate policies through direct contacts between mid-level bureaucrats and specialists, rather than by engaging in diplomacy at the highest levels of government. Networks allow intelligence, law enforcement, and financial officials to meet regularly with their foreign counterparts to craft counterterrorism policies within their specific areas of expertise. They promote sustained, robust and technocratic cooperation and can be easily tailored to specific needs allowing states to shift between multilateral and bilateral cooperation as desired. Universal or even widespread agreement is not needed to move forward with the targeting of specific terrorist groups. Only those states affected need agree—a much lower bar to clear.

Since networks rely on low-key meetings between bureaucrats, they do not attract the same amount of attention that summits or IOs do. This means cooperative efforts can maintain low visibility, even if they are not secret and can be conducted in secret with far greater ease. Given that publicity was one of the main obstacles to counterterrorism cooperation through IOs, this is a major advantage for networks. Not surprisingly, states appear to have embraced networks in the realm of counterterrorism.

Whether this is good for the citizens of states using network strategies to conduct counterterrorism is less clear. While citizens would benefit from more effective counterterrorism policies, the low visibility of networks may hurt their ability to hold governments accountable. This may not matter much in issue areas where technocratic expertise is essential and there are few threats to the rights of individuals. However, given that counterterrorism efforts—especially in the realm of intelligence gathering—often intrude on civil liberties, holding governments accountable is especially vital. In theory, networks could increase accountability, as governments—at least democratic ones—could be held directly accountable at the polls unlike IOs. In practice, this is unlikely, as citizens cannot punish actions of which they are unaware. States, therefore, could and do exploit networks to deliberately reduce transparency when it comes to violations of civil liberties or international law—CIA black sites in Poland being the most notorious example.

The challenge then becomes how to retain the benefits of network strategies without creating a new way to circumvent constitutional and legal protections normally afforded to states’ citizens and individuals more broadly. Current reliance on leaks and whistleblowers from individuals like Manning, Snowden and Tye is suboptimal, as it often allows government abuses to continue for years prior to disclosure and can result in the release of damaging information unrelated to those abuses. More sustained and robust judicial oversight to ensure that rights were not trampled on in the name of counterterrorism would be better. Alas, this is unlikely to happen organically—at least not in a timely manner—but requires governments themselves to take steps to empower judiciaries to fulfill this role. While governments may not want to take such steps, democracies at least can be pushed to do so by their citizens.

Provided this is done, transgovernmental networks offer a means by which states can grasp the nettle of global counterterrorism cooperation. Doing so is vital. Terrorism continues to pose a threat, as illustrated by the recent attempts by al Nusra and Al Qaeda in the Arabian Peninsula to develop bombs that can avoid detection at airports. Security with liberty can be had, provided states embrace networks and citizens work to ensure those networks are subject to robust legal oversight.