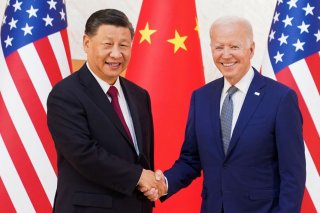 China’s international behavior has grown increasingly assertive, but it also appears to be increasingly counterproductive. Beijing’s “wolf warrior” diplomacy, economic coercion, extensive influence operations, and episodic saber-rattling have alarmed and risk alienating many other countries. They have also elevated both resentment and threat perceptions of China, and provided the impetus for collective pushback, especially among U.S. allies and partners.

Given these negative effects, many observers have questioned why Beijing has been acting in ways seemingly inimical to its own interests and efforts to cultivate a positive global image. Susan Shirk, a distinguished scholar of Chinese affairs who also has policy experience as a former deputy assistant secretary of state for East Asian and Pacific affairs, has offered an answer to that question in Overreach: How China Derailed Its Peaceful Rise. Her explanation flows from the nature of Chinese Communist Party (CCP) politics.

Shirk’s central argument is that “China’s political system itself—both in its collective leadership and personalistic leadership forms [exemplified in turn by the tenures of Hu Jintao (2002-12) and Xi Jinping (since 2012)]—impedes the exercise of self-restraint necessary for a peaceful rise.” The internal dynamics of the CCP regime have led Beijing to “overreach” in both its domestic and foreign policies, thus inviting the self-inflicted problems and backlash that China now confronts.

This has played out differently under Hu and Xi but has moved in the same direction. Hu is widely perceived as having been a relatively weak Chinese leader, partly because he genuinely tried to rule as “first among equals” in a collective leadership. In Shirk’s analysis, this produced a fragmented policy process in which Hu’s colleagues in the CCP Politburo Standing Committee, each responsible for their own portfolio, pursued stove-piped agendas and engaged in mutual “logrolling” rather than get in each other’s way. Hu’s ability to maintain discipline and thwart corruption eroded and he largely fell into a reactive mode of leadership as domestic and foreign policy challenges grew. Various bureaucratic agencies—including the internal security services and the military—asserted themselves with strong and often autocratic responses to those challenges, leading cumulatively to overreach.

As other analysts have noted, the Global Financial Crisis of 2008-9 was a major benchmark in this Chinese retreat from earlier restraint because it altered the CCP’s assessment of the relative power balance between China and the United States. Beijing henceforth became increasingly assertive in terms of both internal “stability maintenance” and external “sovereignty defense.” At the same time, Hu’s weakness, and the consequent “failures of collective leadership” fueled a desire for a bolder and more decisive helmsman. It was under those circumstances, in Shirk’s view, that Xi Jinping “was able to convince—or intimidate—other members of the CCP elite to go along with his return to a Mao-style personalistic dictatorship.”

The result has been the continuation and expansion of Chinese assertiveness. But in Xi’s case, according to Shirk, this has been the product of a different aspect of CCP politics: the “structure of his dictatorial system.” In contrast to Hu’s inability to rein in his Politburo colleagues, it was “the combination of Xi’s unbridled power and the unquestioning loyalty of the officials behind him” that propelled Beijing toward further overreach, both domestically and abroad. Xi had the option, in Shirk’s view, of shifting Chinese “foreign policy in a more conciliatory direction by centralizing the policy process and curbing the scrum of interest groups that had characterized Hu Jintao’s oligarchy.” But Xi did not do so because he “is more ambitious for China’s global power and more willing to take risks to achieve it.”

This is where some assumptions merit further examination. If different styles of leadership produce the same Chinese policy direction, is it not possible that variables other than leadership style are driving Beijing in that direction? And might the differences between Hu and Xi in terms of China’s strategic ambitions be overstated, notwithstanding their differences in leadership style?

Shirk observes that “the beginnings of overreach can be traced back to 2006”—midway through Hu’s tenure—even though it has “accelerated dangerously” under Xi. She notes separately that Xi’s “domestic insecurities mix with his international ambitions and lead him to take bellicose actions that diminish China’s global standing.” Regarding those ambitions, she adds that “Xi aspires for China to be respected as a global leader—a ‘world class’ power equal to or surpassing the United States.” But Hu faced largely the same domestic insecurities, and (like his own predecessors) harbored the same aspirations for China—both of which drove Beijing’s drift toward assertiveness and overreach well before Xi took the helm.

More importantly, what Shirk appears to dismiss is the crucial external drivers of Beijing’s increasingly assertive behavior under both leaders. She makes only brief reference to the theory that China, during the period overlapping Hu and Xi, was exhibiting “reactive assertiveness” in response to real or perceived challenges to its interests from other countries. Instead, Shirk essentially endorses the “dominant theory” that Beijing in 2012 was engaged abroad in “diversionary brinksmanship” aimed at diverting attention from what was reportedly a leadership struggle in the runup to Xi’s emergence as CCP leader that year. This narrative, however, largely overlooks a series of developments outside China that were key variables in the evolution of its foreign policy before and after Xi’s rise to power.

There has, in fact, been a substantial reactive and defensive component to most of Beijing’s international behavior over that period and since, separate from its internal political drivers. For example, Shirk identifies Beijing’s actions in the South China Sea (SCS) starting in 2006 as an early benchmark in China’s overreach, and attributes them primarily to efforts by Chinese maritime and security agencies to reinforce Beijing’s sovereignty claims. But she does not mention that a 2009 UN deadline for countries to delineate their SCS claims prompted an interactive cycle of competing actions by all the claimants to bolster their maritime presence, capabilities, and jurisdiction in the area. Similarly, Shirk posits that the Obama administration’s “pivot to Asia” starting in 2009-10 was in part a response to Chinese behavior, but does not address the extent to which China’s assertive behavior was itself a response to the pivot. Finally, she links the theory of Xi’s “diversionary brinksmanship” to Japan’s nationalization in 2012 of islands in the East China Sea claimed by China, implying that Beijing’s strong reaction was not a genuine response to a perceived challenge to Chinese sovereignty.

Instead, Shirk attributes Beijing’s external threat perceptions largely to exaggeration and fabrication. She refers to “national myths” and “fables about domestic and foreign threats” that have been conjured by Chinese leaders seeking to justify their rule, and bureaucratic interest groups trying to maintain their control over policy and levers of power. Xi in particular sees threats “lurking in every corner,” and has often characterized China’s security environment as “dark and menacing”—a theme he emphasized at the 20th CCP Congress last month—even though, in Shirk’s view, that environment “had not drastically deteriorated” when he became CCP leader.

On the contrary, there was and is substance to Beijing’s perception of external challenges to China’s sovereignty, security, and interests. Given the interactive dynamics that have been unfolding in the South and East China Seas, the Taiwan Strait, the Korean Peninsula, elsewhere along China’s periphery, and especially in U.S.-China relations, we cannot easily dismiss Beijing’s view that China faces a problematic and sometimes hostile external environment—regardless of the extent to which Beijing itself has fueled tensions. In short, actions by other players clearly influence Chinese behavior. Moreover, when Xi characterizes the global situation as ominous by citing international “changes unseen in a century,” he is in large measure objectively correct: the international environment really is undergoing profound historical shifts in the balance of power, escalating great power competition, and multiple challenges to regional and global stability. The Biden administration itself, in its new National Security Strategy, has highlighted the emerging “strategic competition to shape the future of the international order.”

It is thus important to recognize where Chinese behavior has been reactive to external developments, rather than characterize it invariably as irrational, unwarranted, and overreaching. Shirk asserts that Beijing’s aggressive moves have “triggered defensive reactions,” but at least some of those Chinese moves have themselves been defensive reactions. She also states that “China picked fights” with such countries as Australia, India, and the Philippines, and on such issues as Xinjiang and Hong Kong. But it is similarly important to understand what Beijing felt compelled to react to in each of those cases, whether or not we grant any validity to Chinese arguments.

None of this is meant to deny that Beijing has overreached in its international behavior. It obviously has done so in many ways and places, and Shirk is correct in observing that this has undermined China’s global reputation and generated appropriate pushback. As she notes, “China’s actions don’t measure up” to its rhetoric about “win-win” multilateral cooperation and a “community of common destiny for mankind.” Moreover, the nature of the CCP system clearly influences the nature of its response to circumstances.