Between Gaza and the Gulf: The Abraham Accords, Israel, and Palestine 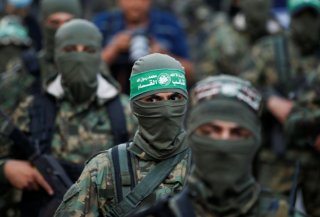 The four Abraham accords countries—the United Arab Emirates (UAE), Bahrain, Morocco, and Sudan—do not have a deep commitment to the Palestinian issue. Their top interest in signing the agreements was primarily related to their relationship with the United States and the incentives they received from the Trump administration, such as American recognition of Moroccan sovereignty over the disputed Western Sahara and Sudan’s removal from the U.S. list of state sponsors of terrorism.

The road to the United States no longer passes through Jerusalem because Israel does not enjoy the same level of influence in Washington as it did in the Trump era. Therefore, the four countries need to find new tracks to effectively engage the Biden administration. The administration has stated that it supports the normalization agreements, but it remains to be seen whether and what it will be willing to provide in exchange for advancing arrangements between Israel and its neighbors. For each of these Arab countries, raising the Palestinian issue can be a way for them to put pressure on Israel and also win points in Washington.

The agreement with the largest implications for Israel and the United States is the one with the UAE. Emirati-Palestinian relations have deteriorated since the signing of the Abraham Accords. The Palestinian Authority chose a confrontational approach with the UAE, calling the agreement a “betrayal“ of the Palestinian people, and sharply criticized its leader, Mohamed bin Zayed. The Palestinians, who saw the UAE’s move as neglecting solidarity with them, also worked to block the Emiratis’ involvement in various projects, including the East Mediterranean Gas Forum. In response, the UAE dramatically cut the aid they provide to the United Nations Relief and Works Agency (UNRWA): $1 million in 2020, compared to about $50 million in 2019 and 2018.

The fact is that Israel currently enjoys good relations with these countries, especially the UAE, on security issues, particularly as it relates to Iran. Because of this cooperation, recently established Arab-Israeli diplomatic ties have not been drastically harmed. For example, beyond their rhetorical condemnation required on the Jerusalem issue, the Emiratis have not taken any actions to harm relations with Israel, but rather have reaffirmed support for the normalization process.

Jerusalem and Operation Guardian of the Walls

The violent events in Jerusalem in April-May 2021, most notably the storming of the al-Aqsa Mosque by Israeli police forces and protests over the anticipated eviction of several Palestinian families in East Jerusalem’s Sheikh Jarrah neighborhood, effectively served as red lines to the Abraham Accords countries. The United Arab Emirates, Bahrain, Sudan, and Morocco heavily criticized Israel for what they called a violation of Palestinian rights and the sanctity of the Temple Mount. In addressing the recent events, they expressed profound Arab and Muslim sensitivities to what was happening in the city. The countries that established relations with Israel (and even Saudi Arabia, which seemed to support the agreements) have an opportunity to show the Palestinians that they stand by them despite the normalizations, which were perceived by the Palestinians as betraying and neglecting the Palestinian idea. Beyond the desire to obscure the label of “betrayal” of the Palestinians and show solidarity with respect to the issue of Jerusalem, Abu Dhabi, Manama, and Riyadh have an interest in preventing other parties, including Iran, Turkey, and Qatar from controlling the discourse over the current situations. Recognizing this, since the agreements were signed, the UAE has gradually become more involved in what is happening in the Palestinian territories and over Israel-Palestinian relations.

Reducing tensions in the city and shifting the focus to what happened in Gaza eased the dilemma for them, and media coverage became more informative and balanced, especially in all inter-Arab media related to the Saudi monarchy—despite the basic tendency to empathize with the Palestinians. In fact, some pro-regime Arab media figures even expressed condemnation toward Hamas.

The events in Jerusalem and Gaza mark the first significant tests of the normalization process. Interestingly, the tone of Arab leaders on Gaza was markedly different from their reactions on Jerusalem. When Jerusalem was no longer the focus, the degree of Arab vocality diminished, apart from aligning with statements by largely ineffective bodies like the Arab League, as it was not inconceivable that they had an interest in Israel beating and weakening Hamas—a recalcitrant offshoot of the Muslim Brotherhood that cooperates with Iran and Turkey.

Weakening and delegitimizing Hamas is a primary interest for the Arab countries. International attention on Gaza must be refocused and a renewed flare-up in Jerusalem must be prevented. Israel must emerge from its most recent battle with Hamas with the upper hand, not only for the sake of its national security but also in order to maintain its relations with regional partners, who will be disappointed by Israel’s lax conduct. In their eyes, the conflict was Hamas’ attempt to appropriate the issue of Jerusalem and present itself to both the Palestinians and the greater Arab street that it, not Fatah and the Palestinian Authority, is the true and most effective representative of the Palestinian people.

The ceasefire reached between Hamas and Israel is a welcome development, but likely not one that brings the Israeli-Palestinian conflict much closer to a resolution. The fact that many Gazans view the recent battle as a “costly but clear victory“ makes clear the level of pain they are willing to take in fights against Israel and serves only to bolster Hamas’ entrenchment in the territory.

Anyone who thought that the Abraham Accords would eliminate the need to address the Palestinian issue was wrong. Israel should have an interest in expanding and deepening the circle of normalization—that more countries join the cause for regional peace, and countries with which there is an agreement will warm up their relations with Israel. The way Israel conducts itself on the issues of Jerusalem and Gaza has a massive impact on the future of the normalization process. In addition, there are actions that Israel can take (or avoid doing) to promote a settlement with the Palestinians, even regardless of the Abraham Accords process. Israel paid dearly in political currency, and under its purview, the intention of annexation actually aligned itself with the long-standing principle of land in exchange for peace.

The normalization agreements constitute an important milestone in relations between Israel and the Arab world. However, the only significant developments borne from them so far have been in the economic sphere. The agreements provide an excellent opportunity to begin a regional dialogue aimed at advancing toward a settlement of the Israeli-Palestinian conflict. The Arab states and Israel would be wise to help the Palestinians get out of the “anger” and refusal tree through the beginning of a political dialogue toward a long-term settlement. The Gaza crisis in particular will not be solved without the involvement and coordination by external actors. Regional Arab countries must play an outsized role on the Palestinian issue. One option is to form an “Arab Peace Coalition“ consisting of existing and potential partners of Israel which would enable them to take an articulated, unified approach toward addressing and supporting the Palestinians, including countering Hamas.

Arab-Israeli relations established during the Abraham Accords process open the door for a level of regional collaboration that until last year was only a dream. However, for this to occur, strong political leadership in Israel, the Arab world, the United States, and the international community is required.

Dr. Yoel Guzansky is a senior fellow at the Institute for National Security Studies (INSS) in Tel Aviv. His expertise is in the Arab Gulf States.

Zachary A. Marshall is a research intern at the Institute for National Security Studies (INSS). He recently received his Master’s degree in Government, specializing in Diplomacy and Conflict Studies at the Interdisciplinary Center (IDC) Herzliya. He previously worked on the congressional and government affairs team at the Center for Strategic and International Studies (CSIS) in Washington, DC, and served as an intern with the U.S. House of Representatives Committee on Foreign Affairs.