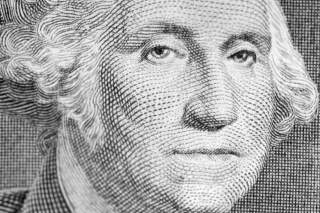 What will cause the next Great Recession? There are always threats to U.S. economic growth. Much of the time, the derailment comes from unanticipated events. But here are a few prospects to keep an eye on.

The China Slowdown and Debt Bust

China, currently growing at more than 7 percent annually, has a debt problem, and—increasingly—a growth problem. According to the Boston Consulting Group, the United States is becoming increasingly competitive with China. A strengthening U.S. dollar alleviates some of this pressure, but not all of it. China’s renminbi has not fallen against the dollar, so little benefit has accrued to the Chinese economy.

China is attempting to pivot its economy from manufacturing and infrastructure to a higher proportion of internal consumption growth. The question is whether China can complete this transition without a significant blow to the global economy. The answer, unfortunately, is that this seems unlikely. China’s growth matters, because at its current growth rate, China’s economy will contribute more than $1 trillion to global GDP and about 30 percent of all global growth. Even if the Chinese economy is slowing, it is still a juggernaut.

If the Chinese economy were to take a hard landing, global economic growth would come to a standstill. U.S. trade partners Canada and Australia would struggle, and the feedback to the United States would be felt in everything from corporate earnings to employment to financial-system pressures. As the driver of much of the marginal global economic growth, China is particularly important for the incremental worker being hired and the incremental widget being sold. An economic slowdown in China would likely pull the United States into a recession.

If a Chinese debt crisis were to erupt, the direct financial linkages between China and the U.S. financial system would be minimal. But there are probably significant indirect linkages through Europe, and through the business credit extended by U.S. corporations to facilitate business growth. The U.S. housing crisis caused a contagion that spread to Europe from the United States. With China, a problem would flow through the European linkages to the United States. Financial markets would react negatively and safe-haven assets that are already trading at historic levels in much of the world would see even greater demand, potentially causing other asset prices to fall.

For the United States, the problem is that a debt crisis in China would cause a dramatic drop in economic activity. It would, therefore, have both a financial-market impact and a real-economy impact, much like the financial crisis of 2008. It is difficult to find another candidate to contribute $1T in economic growth to the global economy. China’s economy shrinking would be a shock to the system.

The European Central Bank (ECB) recently announced it would no longer accept the Hellenic Republic’s debt as collateral. Strictly speaking, it should not have been accepting the paper in the first place. But since Greece was in a program to fix its economy and debt addiction, the ECB requirement for investment-grade collateral was waived. The ECB has now revoked the waiver—some would say—to show Greece it should stay in rehabilitation.

Europe has an integration problem to say the least, and the disparate nature of the individual countries’ economies makes the ECB’s job an impossible task. Choosing between the wants of Germans and the wants of Greeks creates a political situation out of one that should be based on the economic outcomes the ECB desires.

The politicization of monetary policy is an issue. Instead of providing stability in times of economic strife, the Central Bank becomes a source of volatility and instability. Of course, the threat of being cut off from the ECB may deter Greek officials from pushing the limits of their current package, but it may also cause Greeks to stop seeing the ECB as a backstop and to start seeing it as a German weapon with which to impose and perpetuate austerity.

If Greece leaves the EU, there are reasons to suspect that there would be repercussions for the rest of the world. There are the obvious financial issues—for instance, would Greece, Spain and Italy be able to borrow without the implicit backing of the ECB? But there are also the less obvious global economic consequences. Despite struggling for the better part of the last decade, Europe’s economy is larger than the United States’, and it dominates trade with China and the United States. Both would suffer significantly with faltering demand as the EU broke up (there is an argument to be made that some of the slowdown in China is due to the slowdown in Europe).

While there would certainly be a flight to safety and likely a run on banks, a breakup of the EU would destroy demand for products from the United States, China and other members of the former EU. In other words, the breakup would not just be loud, it would be long. The perceived lack of a backstop and lender of last resort could cause the Greek contagion to spread where it would not otherwise, potentially negating some of the benefits of being a member of a monetary union. A weaponized ECB could be what dooms the EU and pushes the global economy back into Recession.

The Dollar and Oil Hurt the U.S. Too Much

Imports and exports are a critical determinant of how the U.S. economy fares. If the U.S. dollar continues to strengthen, U.S. companies could struggle to compete abroad, and eventual domestic competition would shred their safety net. The United States will outperform the rest of the world, but this could turn into a headwind for U.S. firms. Increased competition could lead to employment cuts and slowing sales, even with a stronger consumer.

It is worth noting that currency moves tend to “overshoot,” and stay there for a long time. And while low oil prices are a positive for consumer consumption, the shift of consumption from gasoline to other items is not a shift to domestic purchases, as it once was. Instead, it is a pivot from one thing “drilled in the USA” to a good that may or may not have been made domestically. On the aggregate, the United States may find itself under a competitive threat it did not see coming quite so quickly.

Drilling is important for the growth of more than a couple states. Colorado, Wyoming, New Mexico and Arkansas are all heavily reliant on oil to drive their economies. While it might be difficult to see how the contagion could spread from these relatively small economies, unforeseen shock may come from the Southern economies—a region that has bolstered many U.S. economic statistics for the past decade.

Demographics will not cause a “Great Recession” in terms of a sharp contraction in economic activity. But an aging population in the United States—and globally—will slow the U.S. growth rate to a crawl—and this is almost worse than a recession. At least with a recession there is typically a sharp pickup in activity from the bottom.

This is where U.S. debt becomes an issue. Monetary policy is one of the few alternatives left to carry the load of countercyclical economic activism. The amount of debt developed countries currently have is a limiting factor in the ability to counteract downturns. There is some debate about whether the United States and others are actually too indebted. The perception is that they are, and perceptions matter to markets. The good news is that pensioners and retirees around the world are financing government borrowing at incredibly low—and sometimes even negative—rates. Despite low rates, unwillingness or inability to use countercyclical deficit spending can spark unrest in the domestic population—Greece is a prime example—and creates disenfranchisement among the portion of the population taking the brunt of the economic adjustments. Slow growth and lack of political will could catalyze the next Great Recession.

None of this means there is an imminent collapse of the United States and other aging societies. But it does imply that economic growth may be slowing, and that it will be difficult to jump-start the U.S. growth engine. A recent McKinsey Global Institute piece gave a solution: increasing productivity. In an age where governments are struggling to produce enough jobs to lower unemployment rates, the global economic landscape is more likely to see increased competition for jobs between nations—not a concentration on increased productivity. This may not be a route to a Great Recession, but to a long period of slow growth that would feel like one.

There are numerous other paths to the next Great Recession: Contagion could come out of the collapse of the Russian economy or an Asian nation other than China. The continued deterioration of law and order in Mexico could spillover to the United States, or the strong U.S. dollar could cause a ripple effect from Africa or South America. It is difficult to predict what will cause it or how it will come, but there will be another U.S. recession. We just do not know when.