Beware, China: Taiwan Is Watching Your Every Move in Hong Kong 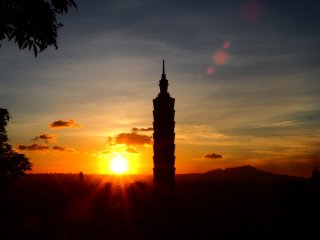 Beijing seems uncertain about how to respond to the massive pro-democracy demonstrations in Hong Kong. Thus far, Xi Jinping’s government has avoided direct involvement in the turbulence, instead allowing local authorities to take the lead in addressing the situation. But matters have escalated in recent days. Hong Kong police used tear gas and pepper spray to break up one demonstration, and on October 3, they found themselves in the middle of clashes between democracy activists and opponents who were apparently weary of disruptions in the city’s business district.

The turmoil in Hong Kong poses a challenge for the Chinese government on multiple levels. Beijing’s hand-picked leader in Hong Kong, Chief Executive Leung Chun-ying, is increasingly beleaguered, as demonstrators call for his resignation and the selection of a new leader through free elections. Leung has agreed to talks with disgruntled activists, but he has so far staunchly resisted more far-reaching concessions. Indeed, after the October 3 clashes, even the prospect of talks is uncertain. Beijing’s formula of “one country, two systems,” adopted when China regained sovereignty over Hong Kong at the end of British colonial rule in 1997 is in jeopardy.

How Xi’s regime handles the turbulence in Hong Kong will have a major impact not only on relations with that entity, but on an even bigger prize: the mainland’s hopes for reunification with Taiwan. Both the Taiwanese people and Ma Ying-jeou’s government in Taipei are closely monitoring developments in Hong Kong. Ma has already admonished Beijing twice to use “a delicate hand” in dealing with democratic aspirations of the population there. In remarks to his Kuomintang Party, Ma stated that “if the mainland authority can handle this appeal with a delicate hand, it can help to shorten the mental gaps between people across the Taiwan Strait and benefit cross-strait relations.” Conversely, he warned, a harsh response would “alienate Taiwanese people and cause damage to cross-strait relations.”

Beijing has long advocated an enhanced version of the “one country, two systems” model as the basis for reunification with Taiwan. Under that formula, Taiwan would enjoy autonomy even greater than that guaranteed to Hong Kong, not only running its economic affairs, but even being able to retain its democratic political system and its own military forces. Taiwanese leaders and the vast majority of the Taiwanese people, however, have always been wary of such a “Hong Kong 2.0” formula. When Xi recently suggested that reunification using such a model would end the residue of animosity in cross-strait relations, Ma flatly rejected the overture. “We do not accept the one country, two systems,” he responded in a media interview. “The Republic of China [Taiwan] is a sovereign country.”

Despite such comments, China’s “charm offensive” toward Taiwan since Ma’s election in 2008 has paid dividends. Not only have tensions in the Taiwan Strait eased markedly—in stark contrast to the series of alarming confrontations during the previous administrations of Chen Shui-bian and Lee Teng-hui—but economic connections between the mainland and Taiwan have skyrocketed. Indeed, those ties have become so extensive that even leaders of the ostensibly pro-independence Democratic Progressive Party (DPP) now argue that such a goal must be put on the back burner. “There is too much at stake for Taiwan’s economy,” admitted Ketty Chen, a senior leader of the DPP.

But the carefully nurtured rapprochement could be put at risk if Beijing mishandles the calls for democracy in Hong Kong. Alexander C. Huang, chairman of the Council on Strategic and Wargaming Studies in Taipei, and a former senior policy maker for the Taiwanese government, warns that anxiety about Beijing’s conduct and motives is already at a high level in Taiwan. A crackdown in Hong Kong would exacerbate that uneasiness. “There will be more Taiwan people who believe that China cannot be trusted.” DPP lawmaker Kuan Bi-ling echoes that warning, contending that despite the cross-strait economic ties, Taiwanese would respond to repression in Hong Kong by becoming even more resistant to “one country, two systems” temptations. “Taiwanese people will not have good feelings toward China,” Kuan emphasizes. “It is inevitable that they will think: today Hong Kong, tomorrow Taiwan.”

Beijing needs to take such warnings seriously. The whole world is watching how Chinese authorities handle the pressure for democracy in Hong Kong, but Taiwan is an especially concerned spectator. A ham-handed approach by Xi’s government would set back even the existing faint prospects regarding reunification with Taiwan for many years. There is little sentiment in Taiwan for a merger with the mainland while the People’s Republic of China remains a one-party state, and a crackdown in Hong Kong would confirm the worst fears of the Taiwanese people about the nature of the Beijing government.

A failure on Xi’s part to respond favorably to the democratic aspirations of Hong Kong residents would not only doom prospects for ending the political separation with Taiwan, it could easily reignite the tensions of the pre-Ma period. Anyone who recalls the periodic crises in the Taiwan Strait between 1995 and 2008—which also frequently entailed worrisome standoffs with the United States—should not want to risk a repetition. Beijing needs to carefully consider the wider ramifications of any missteps in Hong Kong.