Beware the Siren Song of ISIS 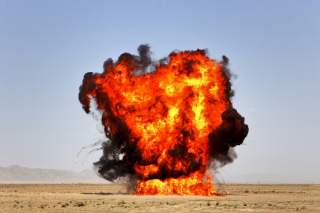 AMMAN, Jordan—For many in the West, it seems abhorrent that anyone would voluntarily join the Islamic State in Iraq and Syria (ISIS). However, it is only through support from local Iraqi communities that the militants have been able to conquer cities, such as Mosul, while waiting at the gates of Baghdad.

In recent interviews with Iraqi Sunni tribal leaders, the ISIS appeal became more apparent. When ISIS began taking territory in Iraq, “Sunnis had no choice but between fleeing or getting killed or defending themselves. To defend themselves they could either possess weapons or turn to ISIS as an alternative because they had weapons, and followed Islamic thinking,” said one Sunni tribal leader, who travels to Iraq frequently from Jordan, and wished to remain unidentified for his own safety.

While much focus has been centered on the economic incentives ISIS provides, its powerful religious and ideological appeal to Iraqi communities, particularly the younger generation, is perhaps most luring. It is simplistic to dismiss the ISIS Caliphate as neither “Islamic nor a state,” as is often stated in the Arabic press. Among Western governments, the religious dimension of the ISIS appeal is downplayed for two primary reasons: Admitting religion as a role is an acknowledgement that little can be done to stop the spread of ISIS. And two, if ISIS is about religion, then how is it that the vast majority of Muslims condemn the movement?

While it is difficult to clearly state what branch of Islam ISIS follows, many have found commonalities with at least some precepts of the Wahhabi movement of Sunni Islam, founded in Saudi Arabia. Reference is made here to the concepts of takfir, or the rejection of those who are not Muslims, and jihad, waging war against those who are not Muslims, or who are Muslims, but are deemed to reject strict Islamic traditions. One is thus required to identify themselves first and foremost as a Muslim—but a Muslim according to ISIS’ definition, which is not uncontroversial. The duties they then perform are portrayed as religious.

According to a columnist in the Egyptian newspaper Al Shorouk, a renowned Saudi scholar, Khalid al Dakheel, believes that one of the extremist aspects of Wahhabism is the rejection of the other. The scholar poses the question: Does ISIS’ extremism and their reliance on Wahhabi texts mean that Wahhabism is an extension of ISIS and is responsible for it?

This connection to Wahhabism has prompted many religious scholars in the Middle East to blame Saudi Arabia for inspiring ISIS.

Alongside videos on par with Hollywood motion pictures in terms of their high-tech quality, ISIS leaders, from Abu Bakr al-Baghdadi to those younger “sheikhs” giving religious sermons in village gatherings, are always careful to reference Koranic verses and hadiths, or sayings of the Prophet Muhammad, to support their statements. For those too naïve to question the accuracy of these interpretations, it is easy to see how they are swayed and led to believe that this is indeed a correct reading of the holy texts. Their actions are thus portrayed as the duties of any righteous believer.

As part of the ideology, ISIS proposes an alternative to the current world order. For those who view the current state of affairs as a Western, imperialistic hegemony, ISIS is offering a different world view. Utilizing a religious narrative to do so largely contributes to its appeal.

ISIS narratives can be categorized along five themes:

1. Fighting the enemy at home—the Arab leaders who have been co-opted by the West:

“We will fight against those traitors of leaders, the agents of the Crusaders, and the guardians of the Jews. They will be punished, and the ummah, or community of believers, will free itself of them,” says Baghdadi.

ISIS is fighting its far enemies not to eradicate them—as Al Qaeda did under Osama Bin Laden—but to prevent them from oppressing and killing other Muslims. In Dabiq, a series of online publications ISIS is publishing about its ideology and strategies, President Barack Obama is depicted wearing a yarmulke, while making his August speech announcing air strikes in Iraq and Syria. In the view of ISIS, Obama is carrying out the policies of the Jewish state of Israel and the Shi’a state of Iran.

3. Combatting the unbelievers, or Kafir:

The world is split between that of Islam and the Kafir. But it is ISIS who determines who is an apostate.

The self-declaration of a Caliphate in Iraq is a significant victory in their mind, and what makes them more powerful than Al Qaeda, which pledged to develop the Islamic state, not immediately, but before the end of time. “You can raise your head high for a state where there is brotherhood, who are united and defend and protect one another. Syria is not for Syrians and Iraq is not for Iraqis. The land is that of God and it is inherited by those who choose to worship him,” Baghdadi says.

The narrative ISIS advances is an Islamic Caliphate where Muslims can live free from oppression and be governed solely by the rules of Islam (as interpreted by ISIS). The state is ruled by a Caliph, to whom everyone pledges allegiance (mubaya’ah). In this state, there is no room for unbelievers. This is the concept of takfir or excommunication of those declared unbelievers. Those unbelievers must either convert, pay a tax or be fought. Those who fight the unbelievers are said to be waging jihad, a “holy war.” Another duty of believers is hijrah, or emigration to the land of Islam. One can easily understand how this has resulted in a number of foreign fighters leaving their countries to join ISIS, again being performed as a religious duty.

5. Defeating Iran in the Arab world:

The historic rivalry between the Arabs and Persians, particularly when the Shi’a Safavid dynasty conquered parts of the Arab world, is very much used to advance the narrative that Iran seeks to control Sunni lands through its victory in Syria and Iraq and increasing domination of Yemen and Lebanon. And ISIS makes the argument that after the land is seized, Sunnis will be forced to convert to Shiism.

It is the power of these narratives that has also inspired foreign fighters to leave their homes, families and properties in the West to join the battles in Syria and Iraq. One is thus led to ask, what is it about ISIS that appeals to such individuals?

There are some obvious reasons for the attraction among foreigners. For those Muslims in the diaspora, a starting point is perhaps the fact that ISIS, unlike Al Qaeda, welcomes foreign fighters. In addition, the rise of nationalist parties and their xenophobic and Islamophobic discourse in Western Europe has undoubtedly contributed to feelings of marginalization among Muslims in the West. Thus, there is a willingness to join groups like ISIS.

There is little doubt that ISIS will endure for the foreseeable future. Understanding its appeal and ways of curtailing its lure require a counternarrative that would be equally attractive to Arab communities who feel marginalized. Unfortunately, answering this part of the puzzle is much more difficult than launching air strikes, but it is the only remedy that ultimately will limit the spread of ISIS.