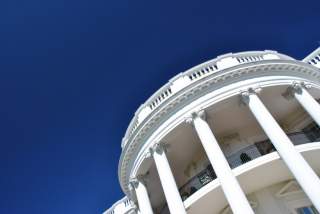 For Lincoln, the danger of ambitious men—those descended from “the family of the lion and the tribe of the eagle”—remains a permanent challenge to a constitutional order. They cannot be retrofitted for life in a republic. He remains closer to the classical understanding that regarded politics as theater—not merely of power and interest (although these can certainly never be discounted)—but where the desire for fame, glory, honor and renown are given free expression. The qualities found in men like Washington, Adams and Jefferson now represent a challenge to the preservation of the very regime that they established. Lincoln was facing the same problem as all of those facing a postheroic age for whom “the field of glory” has already been harvested. He was thinking of the dangers of potential usurpers, would-be Napoleons who would transform a republic into their own personal empire. His apprehensions, then as now, were fully merited.

Steven B. Smith is the Alfred Cowles Professor of Political Science at Yale University. His new book Modernity and its Discontents: Making and Unmaking the Bourgeois from Machiavelli to Bellow was just published by Yale University Press. This article was adapted from remarks delivered at the Columbia University Political Theory Workshop.