Beyond North Korea: Why Trump Needs to Focus on the South China Sea and Terrorism 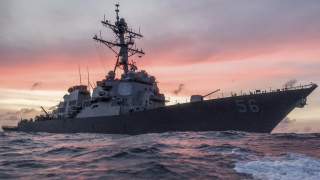 Kopassus and Detachment 88 would likewise have an opportunity to observe, and eventually participate in, combined U.S.-AFP exercises. Ideally, Indonesian participants would also be invited to observe actual AFP operations, with U.S. SOF providing advice and assistance. At the very least, such a program would leave Indonesian participants better equipped to respond to challenges in their own country. At best, those participants would have their eyes opened to the benefits of working more closely with their American counterparts, perhaps putting upward pressure on national leadership to open a pathway to enhanced cooperation on Indonesian soil.

President Trump should also prioritize securing Jakarta and Manila’s participation in the Global Coalition to Defeat ISIS. Domestic political considerations may have prevented their earlier participation, but given the violence in Marawi and recent attacks in Indonesia, that position is no longer tenable. Defeating ISIS in the Middle East, staunching the flow of foreign fighters, shutting down international financing—these are all in the interests of both Indonesia and the Philippines. Participating in the coalition would, moreover, open the door to participation in Operation Gallant Phoenix, an intelligence-sharing effort led by Special Operations Command. Southeast Asian counterterror efforts have long been hindered reluctance to share intelligence; doing so through a broader international coalition might be more politically feasible and certainly more valuable.

Neither the discussion above on the South China Sea nor that on terrorism offers a comprehensive strategy for the problem at hand. Rather, these recommendations mark a set of discrete initiatives that President Trump might discuss with his counterparts should he wish to tackle those Southeast Asian security challenges most important to the United States and to countries in the region.

If President Trump prioritizes North Korea to the exclusion of other threats during his Southeast Asia swing, he will put distance between the United States and its regional partners and, more fundamentally, fail to advance American interests in Asia.