Beyond the Iran Deal: A Better Non-Proliferation Regime 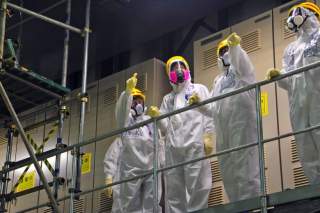 As we wait with baited breath for the outcome of this week’s talks in the Vienna, it is worth considering the broader nuclear nonproliferation implications of an Iran Deal. If the P5+1 and Iran are able to come to a final agreement on a nuclear accord that deters Iran from developing nuclear weapons in the future, this moment could represent a seminal achievement in the history of nuclear non-proliferation negotiations. The agreement has the potential to prevent the possibility of nuclear proliferation in the Middle East while also setting positive precedents that can be applied globally.

To take full advantage of this opportunity and ensure it becomes a net positive for the broader non-proliferation agenda, the United States and its partners will have to move out simultaneously with both a global and regional non-proliferation plan.

The international campaign prior to the agreement could become a new model for how to effectively deal with violators. There is a long history of cases in which states have given up the pursuit of a nuclear weapons program because of external changes to their security environment, internal regime changes, a shift in strategy, military coercion, or simply because the task was too difficult and costly. Iran would be a unique instance because of the scale and scope of the international response the complexity of the negotiations, and the fact that Iran’s regime had not fundamentally changed but was persuaded to change its behavior through a combination of economic pressure, international isolation, military threat and diplomatic engagement. Tehran agreed to negotiate over its nuclear program, to roll-back some of its achievements and to accept strict constraints over its nuclear program.

The international process will have worked precisely as intended, with initial concerns being referred by the IAEA Board of Governors to the UN Security Council, which imposed sanctions but left the door open for negotiations. These sanctions were crafted to ensure maximum leverage on Iran while also maintaining broad international support, and eventually led to a cheater making significant concessions. The limitations that Iran will have agreed to on its nuclear program could become a model for future violators attempting to rebuild confidence from the international community if they change course.

Beyond addressing violators, the agreement could also set new norms that apply universally to all nuclear states. The United States should take the most positive elements of the agreement with Iran and turn them into global best practices. Renegotiating the Non-Proliferation Treaty is impossible, but there are certainly precedents where improvements have been made to the regime. In 1997 for example, the IAEA instituted the voluntary Additional Protocol to better constrain states from illicitly producing nuclear weapons.

The most relevant elements of the Iran agreement are likely to be the transparency and inspections mechanisms. Iran has agreed to provide continuous surveillance (for example, 24-hour video access) to uranium mines for the next 25 years and to centrifuge production facilities for the next 20 years. Complete access—early on in the production chain—to some of the key components needed to develop a nuclear weapon would make a convert “sneak” to a bomb much more difficult.

Getting other states to agree to this new standard would improve monitoring around the world, making it more difficult for potential cheaters. It would also make it easier for Iran to continue to comply with intrusive inspections if it did not feel that it was being singled out. And it might ensure that even after Iran’s commitments expired, it would continue to implement them if they were considered global best practices.

One area where the agreement could set some risky precedents is in the area of peaceful nuclear energy collaboration. The United States is expected to agree to collaborate with Iran on peaceful nuclear activities, though Tehran will maintain some domestic enrichment capabilities despite having no real credible civilian energy needs that require that capability. This could cause other states to ask for the same and weaken the overall non-proliferation regime.

To mitigate against this consequence, the United States and the international community must recommit themselves to global standards for civilian nuclear cooperation that ask countries that seeks nuclear energy cooperation to pledge not to enrich uranium or reprocess plutonium—necessary capabilities for a military nuclear program. This standard was applied in 2009 when the United States signed the 123 Agreement for Peaceful Civilian Nuclear Energy Cooperation with the United Arab Emirates. The agreement will allow the UAE to build out an economically viable civilian nuclear energy program worth billions of dollars that will address a significant portion of the UAE’s domestic energy. However, it will do so without allowing for any domestic enrichment.

There is also a danger that other states in the region, particularly Saudi Arabia, could respond to the agreement by seeking a domestic capability similar to Iran’s. To cope with the threat, the United States should provide credible commitments to its allies that they will not stand alone against any Iranian threat. These assurances should address the Sunni Arab concerns about Iran's nuclear and conventional aspirations. They should aim to project American power in the region and to signal that the United States is there to stay by maintaining the current robust conventional American force presence. The United should also increase intelligence cooperation and provide more training and military support to U.S. allies to counter Iranian proxies.

U.S. nuclear assurances are much more difficult. It is hard to see a U.S. administration and certainly not Congress providing a nuclear umbrella through a full treaty commitment to Gulf partners. And it is not even clear if many of the Gulf States want that type of commitment. The United States should initiate an intimate discussion with its allies about their nuclear concerns and how can they together cope with a nuclear threat in the Gulf. And if it becomes clear that some states are indeed eager to obtain a nuclear umbrella some commitments may be possible through executive agreement.

Along with the incentives and reassurance, Washington should stress the sticks available if its regional partners attempt to proliferate, as Iran did. It is not easy to build a nuclear weapon. It took Iran years to build up its nuclear program, despite its large and well-educated population. Iran has also paid a tremendous price including billions of dollars in investment, onerous sanctions, and isolation from the international community. The Iran example should be able to demonstrate to American partners that it is simply not worth pursuing this track.

Overall, a nuclear agreement that prevents Iran from acquiring nuclear military capabilities represents opportunities for transformational changes both in the region and in the global non-proliferation arena. However, a positive outcome will require the United States to pursue the right combination of policies after a deal including reassuring partners, pushing back against Iranian surrogates and proxies, and leveraging the agreement in the broader non-proliferation arena.

Ilan Goldenberg is the Director of the Middle East Security Program at the Center for a New American Security. Avner Golov is a researcher at CNAS, a research fellow at Israel's Institute for National Security Studies and a Harry S. Truman Scholar at the Fletcher School of Law and Diplomacy, Tufts University.