Biden’s Spending Plans Are About Power, Not People 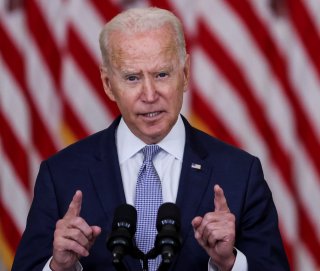 Such a broad expansion in federal largess, the largest since Johnson, would constitute not just a major new thrust in income redistribution but also a major thrust in the distribution of governmental power. According to Cogan and Heil, the Biden initiative would increase the numbers of American households on entitlement rolls to more than 50 percent, while adding $1 trillion to the national debt over a decade.

The obvious aim of the Biden team is to get as many Americans on the federal dole as possible, including middle-class Americans who don’t need such a dependency status but who, it is hoped, will be lured to the Democratic fold by the illusion of getting something for nothing. Indeed, Cogan and Heil estimate that 40 percent of the new entitlement benefits would go to households in the upper half of the nonelderly income-distribution scale.

Among the items on the list: extending the child-care tax credit; universal pre-kindergarten funding; tuition-free community college; major expansions in Medicare, including a possible lowering of the eligibility age; expansions in the Affordable Care Act; federally financed wage subsidies to cover time off to care for new babies or sick relatives; and more. The concept of personal self-reliance isn’t to be seen anywhere in this program.

America’s entitlement structure already is under severe financial strain because of decades of mismanagement. In a little more than a decade, according to the latest Social Security Trustee Report, the trust fund that pays out retirement and survivor benefits will be unable to meet its entitlement commitments. Based on current projections, benefits would have to be cut by 25 percent to maintain trust fund solvency. The pandemic could require further cuts.

And yet now the Biden team wants to layer on ever greater entitlement commitments while absorbing another $1 trillion in federal debt.

Robert W. Merry, former Congressional Quarterly CEO and the National Interest editor, is the author of five books on American history and foreign policy, including most recently President McKinley: Architect of the American Century.