Biden Could Be the German Election’s Biggest Loser 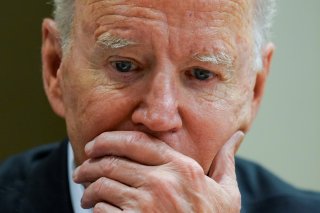 Angela Merkel's long chancellorship is coming to an end. In September, Germany will elect a new government and a new leader. Merkel’s legacy of balancing relations between Washington, Beijing and Moscow will be put to the test.

There is every expectation that a coalition government will emerge, likely including the Greens. The result will be a pairing of odd bedfellows creating a regime ruled by a fragile consensus with a weird admixture of domestic and foreign priorities.

In this scenario, President Joe Biden’s plan to outsource the stability of Europe to Berlin and Paris will bear close watching. Washington and Berlin may find working together far more difficult. It may take a great deal more work than previously imagined to keep the transatlantic community stable in the era of great-power competition.

Even under Merkel, Berlin struggled to find a realistic policy that challenged China’s malicious intrusions into transatlantic affairs without compromising Germany’s interests. For starters, Berlin is Beijing's most important European trading partner. Merkel was the main supporter of the China-EU Comprehensive Agreement on Investment—a controversial deal opposed by the United States and many in Europe. Last month, the EU trade commissioner announced the ratification of the agreement had been put on hold after China sanctioned European ambassadors, politicians and academics in response to EU sanctions on officials in Xinjiang Province.

Merkel was also soft on Chinese 5G technology, despite widespread security concerns flagged by the United States and others. Last December, the German government introduced a bill that required companies involved in building 5G networks to ensure that their equipment was not used for espionage and terrorism. The bill was deemed too bland by “Chinese hawks,” who instead pushed through a law giving the government the power to block “untrustworthy” 5G technology providers.

Meanwhile, Chinese shipping giant Cosco was in talks with Hamburger Hafen und Logistik AG to take over a minority share of one of the container terminals in the port of Hamburg—a move reportedly made with the approval of the German government. This has also sparked controversy.

Nevertheless, at the last G7 Summit, the chancellor continued to cautiously oppose the hard line on China, mainly advocated by the United States.

Merkel's balancing act doesn’t stop with China. The chancellor has strongly supported the completion of the Nord Stream 2 pipeline with Russia and shown interest in partnering on the production of the Russian Sputnik V vaccine. She also recently called for a “direct contact” between the European Union and Russia, a move rebuffed by several European nations.

Even within her party, there is dissent. That was clear during the competition for the election of the new party leader. Former MEP Friedrich Merz, a staunch supporter of NATO, called for strengthening transatlantic relations and adopting a tougher approach towards Beijing. He garnered the most votes in the first round of a three-way race for party chairman, only to lose narrowly in the second ballot.

Armin Laschet, the eventual winner of the party contest and the front runner to become the next chancellor, looks to try to follow Merkel’s lead. “I support the government's China strategy,” he recently told the Financial Times. “We must talk about our concerns (on human rights) but there is no need to turn our China policy on its head.” He also told a conference organized, by the Bundesverband der Deutschen Industrie, he wanted a softer approach towards Russia.

Meanwhile, the Social Democratic Party is also soft on China. Its candidate for the chancellorship, Olaf Scholz, is the current vice chancellor and finance minister. He favors cooperation with Beijing in the digital economy sector. Another important member of the Social Democratic Party, the current Foreign Minister Heiko Maas, recently said “In the EU, we have been describing China as a partner, competitor and systemic rival at the same time” he said. “In all these three dimensions,” he added, “we need strong, sustainable communication channels with Beijing. De-coupling is the wrong way to go.”

Some opposition parties, however, take a different view. Currently running second in the polls, the Greens candidate for chancellor—Annalena Baerbock—has called for more pressure on Russia and opposed the Nord Stream 2 pipeline. She is also a harsh critic of Beijing. Tough positions towards Beijing are also held by the Free Democratic Party.

Both governments will likely align on one issue, getting the United States back in the Iran Deal. This is one point of common ground that is not likely to help either government. Behind the scenes, many admit the Iran Deal is bound to fail to restrain Iran in the end. The hope is it will give allies time to develop alternatives and proceed with a unity of effort. That seems just wishful thinking. In the end, the transatlantic community will likely be as bedeviled by Tehran as Beijing and Moscow.

The reality is, in addition to not solving their Iran problem, the United States will be frustrated in outsourcing transatlantic solidarity to what will be, at best, ambivalent German leadership. Washington won’t see Western allies stem Beijing's influence and fight to hold Moscow accountable.

Looking ahead, Washington cannot rely on Berlin for much. As a result, rather than disengaging from Europeans, the Biden administration will find itself spending more time across the Atlantic or risk losing ground to Beijing, Moscow and Tehran at the same time.

Stefano Graziosi is an essayist and a political analyst who writes for the Italian newspaper La Verità and the weekly magazine Panorama. Heritage Foundation Vice President, James Jay Carafano directs the think tank’s research in matters of national security and foreign relations.