Biden Has Inherited the Ingredients that Engendered Trump’s Grand Strategy 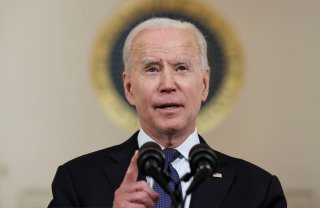 Thirdly, in a few years China will have the biggest economy and, for a large number of countries, be the most important trade and investment partner. If the United States forces them to choose, then they will refuse to do so. And why should they?

The alternative is to acquiesce in the shift of economic power. Non-Western countries must be offered a better deal as partners in the existing global system. The United States can still negotiate from a position of strength and craft a system strongly influenced by Western ideas, philosophy, norms and legal standards. China is far from a powerful hegemon. It cannot feed its own population, depends on the import of energy, faces frightening demography and is harassed by inequalities of various kinds. President Xi Jinping has twice at Davos meetings—January 2017 and January 2021—and in April 2021 at Boao Forum signaled willingness, indeed proposed to change the global system to inter alia “abandon ideological prejudice and jointly follow a path of peaceful coexistence, mutual benefit and win-win cooperation.”

In the end, the dilemma is:

(A) to reform and adjust the global system, paying the price now of giving up some of its privileges, some of its economic powers, accepting decision-making reflecting the world economy as it is and not as it was and a more equitable burden-sharing. By doing so the U.S. and its allies may in the long term maintain a stronger position than their declining economies warrant, or

(B) to hang on to the system as it is and refuse any reforms with the price of seeing EMDEs including China push through much more far-reaching changes or even worse build an alternative system offering the United States and its allies the option of “take it or leave it.”

It is possible that a U.S. effort to rally other countries to contain China will end as a coalition of Western countries gradually seen as not only directed against China but designed to hang on to a world order out of date, sidelining everybody else.

Joergen Oerstroem Moeller is the author of Asia’s Transformation: From Economic Globalization to Regionalization, ISEAS, Singapore 2019 and The Veil of Circumstance: Technology, Values, Dehumanization and the Future of Economics and Politics, ISEAS, Singapore, 2016.