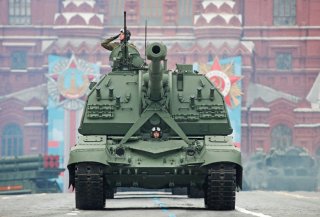 Since President Joe Biden entered the White House a year ago, he and his top advisers have insisted they are not looking for a return to the superpower competition between the United States and the Soviet Union that dominated world affairs for nearly five decades. Yet one year into his presidency, Biden’s actions have indicated otherwise.

Notably, Biden has framed international politics as a struggle between democracies and autocracies. In February 2021, he told the Munich Security Conference the world was at an “inflection point” in this contest and that democracies “must prevail.” To accomplish this feat, the United States and its allies would need to prepare for a “long-term strategic competition” with China.

The president’s rhetoric, which he has repeated many times, has had the unwelcome effect of helping divide the world into two competing ideological blocs: democratic nations in one camp and the rest in another. This mindset revives an unhelpful Cold War-era framework that split nations into rival groups on Manichean terms, usually preventing cooperation across a range of vital issues.

It also casts Beijing, viewed as the leader of the opposing camp, as an uncompromising and confrontational adversary at a time when Washington needs to work with it to tackle problems that require global solutions, including climate change, migration flows, nuclear proliferation, and the ongoing Covid-19 pandemic.

To date, this thinking has culminated in Biden’s Summit for Democracy, which the White House hosted in December. Speaking to officials from over 100 countries, the president called resisting the world’s authoritarians “the defining challenge of our time.” However, that claim defies logic when thousands of people across the planet are dying every day from the coronavirus, or the world is already enduring catastrophic effects from rising global temperatures. Washington cannot solve twenty-first-century problems with twentieth-century worldviews.

Across other areas of U.S. foreign policy, the Biden administration has also suffered from a Cold War-style mentality.

As Washington experiences increasing tensions with Moscow over Ukraine and its future relationship with the West, the White House has opted for a largely bilateral approach to resolving this security issue with the Kremlin. A casual observer could be excused for seeing the scenes from the Ukraine talks and thinking they were viewing a Cold War meeting between U.S. and Soviet negotiators. Beyond the choreography though, the Geneva sessions have all the hallmarks of their Cold War predecessors: one-on-one conversations between the two major powers; discussions of European security arrangements; the explicit lack of the Ukrainians or Europeans themselves; the deadlock resulting from seemingly incompatible positions on the largest issues.

Yet this approach is deeply problematic. It risks the United States adopting additional defense burdens it can ill afford and are strategically unviable. Ukraine should have a say over its own future, but that does not mean the U.S. should take steps that could stumble into a war between NATO and Russia.

In the Indo-Pacific region, the Biden administration has adopted increasingly hawkish positions that mirror some of the darkest days of the Cold War. It has consistently labeled China a competitor the United States must confront; is reportedly considering revising Washington’s decades-old policy of “strategic ambiguity” toward Taiwan into something more provocative; announced a diplomatic boycott of the Winter Olympics in Beijing (a step short of President Jimmy Carter’s full boycott of the 1980 Moscow Olympics); and under the AUKUS deal, shared nuclear submarine technology with Australia in a bid to deter the Chinese.

Concurrently, Biden recently signed a $768 billion defense budget into law, one of the largest in American history, at a time when the United States is not currently fighting any major wars or faces any imminent existential threats.

By adopting this Cold War-style mental map for American foreign policy, Biden is enlarging the chances the United States miscalculates or finds itself at war again. The Cold War was not a golden era of foreign relations, but instead was a tragedy that cost millions of lives around the world. Washington cannot fall for feel-good nostalgia about its Cold War victory. The twenty-first century requires bigger and bolder solutions than the ones the previous century can offer. To stave off disaster, Biden and his advisers will need to think differently.

Grant Golub is a Contributing Fellow at Defense Priorities and a Ph.D. candidate studying US diplomatic history and grand strategy in the Department of International History at the London School of Economics and Political Science. He is also a Marcellus Policy Fellow at the John Quincy Adams Society in Washington, DC, and a project assistant for the Cold War Studies Project at LSE IDEAS, a university think tank. His writing has appeared in The Washington Post, Business Insider, Responsible Statecraft, and other leading publications. He tweets at @ghgolub.