Biden Must Act in Yemen 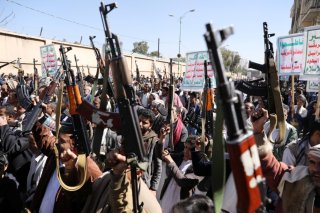 Yemen is a country that many Americans would have difficulty finding on a map. Few would know that Yemen has been bitterly divided by warring factions for much of its existence. They probably would not know the Houthis or who other combatants in Yemen are and who the U.S. government supports. They might have heard that the conflict has created a dire humanitarian crisis where nearly 400,000 people have died and many more face a very difficult future.

Reviewing the statistics: Yemen is a country of almost thirty-one million people. It is estimated that roughly 21 million need humanitarian relief, of which eleven million are children. Almost three million Yemini’s are currently displaced. These numbers clearly paint a picture of a massive humanitarian crisis.

Further aggravating the current dire situation is the fact that United Nations relief aid is facing severe funding limitations that may result in eight million people possibly losing humanitarian assistance as soon as March 2022. Combined with an escalation of fighting between the warring factions, this is a bad situation that grows worse by the day.

The United States must exert leadership to help alleviate these awful conditions. There are multiple steps that can be taken. It begins with taking action and putting an end to deliberation. For far too many Yemenis, time already has run out or soon will. Our clear objective should be getting aid to those who need it and punishing those who are preventing aid from getting where it needs to go.

The Houthis, an Iranian terrorist proxy group in Yemen, are the primary obstacle to addressing this catastrophic humanitarian crisis. As the crisis worsens, it is the Houthis who have raised the war tempo in the country, and indications from Washington are the Biden administration is divided on how to respond. The National Security Council leans towards reimposing the terrorist organization designation on the Houthis while the State Department’s preference is to designate individual Houthi leaders and sanction them.

The facts on this issue are relatively clear. The Houthis as an organization have carried out terrorist attacks targeting civilians and U.S. personnel and they should be redesignated as such by the Biden administration. This would reimpose a designation put in place near the end of the Trump administration but lifted soon after President Joe Biden assumed office. Designation of the Houthis as a terrorist organization should go hand-in-glove with continuing to designate individual Houthis as terrorists and sanctioning them appropriately. One does not exclude the other. With the stakes as high as they are, the Biden administration should pursue both avenues.

At the same time, the United States should continue supporting its allies, the United Arab Emirates and Saudi Arabia, in the region. The Biden administration should encourage them to continue their efforts against the Houthis and also enlist their support in providing and delivering the assistance Yemen so desperately needs.

Some believe that Congress may try and exert pressure on the president to designate the Houthis as a terrorist organization. While this would be a positive step forward, I am skeptical that a letter by a bipartisan group of lawmakers will have much of an impact. Yes, it would be helpful, but it will not be decisive. Even if Congress wanted to take stronger measures to compel the administration to act, the House does not even return for business until February 28. Besides this fact, the administration has all the information it needs to make a decision, and it should act sooner rather than later.

With the impending calamity that is facing Yemen, the United States working through the UN and humanitarian organizations should focus on getting relief supplies into the country for immediate distribution. Much of the relief has been going through a single port facility, Hodeidah. This port has the best facilities in the country but is also controlled by the Houthis. Given the real possibility for the Houthis to steal, manipulate, and profit from aid distribution, this single port is insufficient. The country is partitioned with the Houthis controlling parts of the country and the internationally recognized Yemeni government controlling other sections with other parts of the country under the influence of Al Qaeda. Humanitarian assistance must reach all these areas.

If the immediate effort is to limit the humanitarian crisis, the strategy should be to open multiple ports, land bridges, and air bridges into the country to get relief supplies in. That is how we save Yemeni lives instead of helping facilitate an Iranian-backed terrorist organization.

The United States should encourage countries to participate in an upcoming pledging conference in Sweden. The immediate shortfall in financial support for relief efforts needs to be addressed. The conference provides the best opportunity for the international community to help make that happen.

This will not be easy to accomplish. Major legitimate concerns about fraud within the assistance programs exist. There are additional concerns that the aid programs in some cases may be doing more harm than good by creating dependencies and weakening what little infrastructure still exists in Yemen.

While all of this is going on it is obvious that the United States and the international community need to attempt to reach a negotiated political settlement. But as long as the Houthis are unwilling to genuinely engage in constructive talks, U.S. policymakers will have to deal with the way things are rather than how they want them to be.

For the Biden administration, Yemen presents a very complicated challenge but domestically it is not a political issue. The Biden administration can take the steps outlined above and receive bipartisan congressional support for its efforts. It will receive support from the UAE and Saudi Arabia. It will be denounced by Iran, the country that is supporting and, in many ways, directing the Houthis and stands to lose from a decline in the Houthis power. But in this case, by standing by U.S. friends in the region and the people of Yemen, the United States will be in a better position and help counter the evil influence Iran spreads in the region. Iran continues to use Yemen and the Houthis as a force to destabilize the region. It has no regard for the tremendous suffering it is imposing on the people of Yemen. It is who Iran is. It is this fact that the United States should never forget it as the Biden administration continues the dangerous and ill-advised effort to again enter a nuclear deal with Iran.

Peter Hoekstra is the former Ambassador to the Netherlands and U.S. Representative from Michigan.