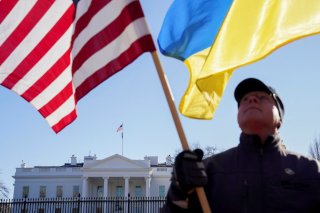 President Joe Biden is wisely seeking to avoid a war with Russia over Ukraine. He is also right to threaten to impose devastating sanctions if Russia invades. And finally, he has properly highlighted the importance of ensuring the safety of Americans and close allied citizens in Ukraine. Both the president and senior administration officials have appropriately called for Americans to leave as soon as possible, and they are offering assistance to help those who lack the means to do so independently. But Biden needs to take immediate steps to avoid a catastrophic outcome for those who remain.

If Russian president Vladimir Putin decides to invade Ukraine soon, thousands of American citizens are at risk of being left behind. Many could die in the chaos to come. Others may be arrested or otherwise held hostage. We should anticipate that Putin will seek to use American citizens in Ukraine as bargaining chips after U.S. sanctions are imposed. Tens of thousands of other Westerners are likely to be in similar danger, and perhaps hundreds of thousands of Ukrainians would prefer to depart—and would qualify for asylum if they could get out. At particular risk will be Ukrainians who have worked with foreign embassies or international nongovernmental organizations that promote democracy, human rights, anti-corruption efforts, a free press, or other subjects that will be decidedly unwelcome once Putin’s puppet government is installed. U.S. policy should be clear: they all should be allowed to leave safely.

One hopes that the administration has secured private commitments from Putin that Russian forces will not interfere with the safe passage of Americans and others out of Ukraine.  If so, it is critical that such assurances be made public so the world can hold Putin to his promises. Even if this happens, however, the United States should not merely rely on those words. After all, the protection of American citizens is a vital U.S. interest. If Russia is allowed to threaten the safety of Americans and use them as leverage in the months to come, it will encourage others to do the same. And in the wake of the chaotic evacuation of people out of Kabul as the United States withdrew—a frenzied process that left far too many people behind—the administration needs to demonstrate its clear resolve in Ukraine.

To do so, Biden should take the following three actions.

First, after securing the support of the Ukrainian government, he should order the U.S. military to immediately begin undertaking a non-combatant evacuation operation (NEO) to secure the departure of all appropriate personnel from Kyiv. This will likely begin with the defensive deployment of thousands of U.S. special operations forces to the capital’s airport to begin establishing the conditions under which Americans and others could be evacuated safely, securely, and systematically. It is critical that these forces arrive before the Russian invasion, presenting Putin with a fait accompli. Conducting a NEO also would require the agreement of close American allies (e.g., Romania and Poland) to which the evacuees could be safely flown on a sustained basis, and would ideally be done in conjunction with forces from other key allies, such as France and the United Kingdom.

Second, Biden should communicate clearly to Putin that his foremost duty is to protect Americans and that this sustained NEO will take place over a limited period of time, likely weeks not months. This operation will be solely for the purposes of getting American citizens and allies out safely. The forces will be sized and equipped to defend themselves and the territory needed to execute this mission, but they will not be sized to contribute to the defense of Ukraine more widely or even Kyiv in its entirety. Once this mission is complete, U.S. forces will depart.

If the insertion of U.S. forces complicates Russia’s illegal and immoral military plans to invade a sovereign country and kill thousands of innocent civilians, then all the better. But that will not be the purpose of the operation. And when U.S. evacuation forces are gone, Russian forces will advance their deadly operations.

Biden should warn Putin that if a single American is killed in a Russian military operation in Ukraine, then that will be considered an attack on the United States and will result in extraordinary consequences.

Third, the White House needs to communicate directly with the American people about the importance, purposes, and risks of a NEO. Sometime soon, the president should give an address to the nation. He should instruct his team to begin a daily brief from the White House on the status of our efforts to evacuate Americans and others. This can be done by the senior National Security Council official designated to lead the coordination of the day-to-day operations of the NEO. The State Department and the Pentagon should have their own daily briefings as well, but it is critical that the American public, and the wider world, witness a united team working together toward this objective, and only the White House can project that unity. This is especially important in the wake of the unproductive finger-pointing that has emerged after the Afghanistan withdrawal. The U.S. government has long-established policies and procedures for these types of operations, and the Biden administration promised a return to experience and professionalism in foreign policy. Now is the time to demonstrate that.

The risks of this course are should not be taken lightly. Inserting American forces into what soon will be a hot war zone is inherently dangerous. It is not alarmist to worry that this could initiate a series of unforeseen events that might lead to the outbreak of a wider war between the world’s two largest nuclear powers. But the United States has managed these risks before, and it is capable of doing so again. In the end, those risks will be mitigated significantly if everyone understands that the United States is not planning to defend Ukraine.

Some observers claim that Russia perceives a much greater interest in invading Ukraine than the United States does in defending it. But the Biden administration must ensure that Putin understands that the United States is strongly committed to protecting its citizens in Ukraine. It will be painful to watch Ukraine fall, but it will be disastrous if Americans and close allies are left behind. If Biden acts quickly, this is something that he has the power to prevent.

Barry Pavel, senior vice president and director of the Atlantic Council’s Scowcroft Center for Strategy and Security, was senior director for defense policy and strategy on the National Security Council staff under Presidents George W. Bush and Barack Obama.