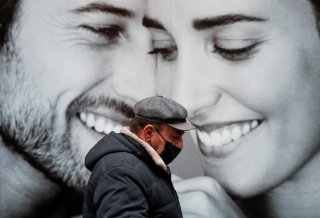 Presumptive President-elect Joe Biden has stated that he will call on Americans to wear face masks to reduce the spread of the coronavirus for the first one hundred days he is in office. Some believe that the very fact that he is and will be modeling good behavior by donning masks, as well as expecting such conduct from all associated with him, will help to bring around millions of Americans who demurred so far. However, given the scope and depth of the opposition to masks and related pubic-heath measures (such as social distancing and avoiding large gatherings), it is clear that Biden’s call on Americans to wear masks will require much more than modeling; it will require a major public health campaign.

The main thrust of the masks-save-lives campaign must be reframing the issue. Tragically, the issue is currently framed as part of a confrontation between big-government liberals, who the right is portraying as keen to use various mandates and regulations to impose their values on people—and liberty-loving, patriotic Americans, protecting their right to be let alone. Biden took the first step toward reframing the issue by asking rather than requiring that people wear face masks. The public-health campaign in support of this task ought to stress that face masks are an act of caring for the other, caring for one’s family, friends, and community.

Earlier public service announcements focused on flattening the curve, which in effect says we need to distribute the cases better, so hospitals will be more able to cope with the flood of patients. From a public policy view, such a message is incontestable. However, for many individuals, the concept of flattening a curve is a somewhat abstract, statistical concept. Viewing the wearing of masks as a patriotic act, helping the nation to cope with a vicious, unrelenting attack—one hundred times more severe than the one we faced on 9/11, and one that is hitting not a few cities but the whole nation is a more compelling concept.

Public health campaigns—which feature educational efforts, endorsements by celebrities and other public figures, small group meetings, and public service announcements—have proven to be effective. They got Americans to completely stop smoking in public and to significantly reduce smoking in private. They convince people to wear helmets and use child seats in cars and on bicycles. They save numerous lives by getting people engaged in high-risk sexual behavior to use condoms, and they are getting Americans to change what they eat and how much.

Biden often calls for unity. This message is a welcome antidote to the bitter divisiveness that plagues the country and paralyzes the government. However, to the extent that it is understood that people should overcome their differences and act like they are all brothers and sisters, in a big Gore-like kumbaya, is a message that is unlikely to carry the country very far. The differences are too deep and many grievances are quite legitimate. Instead, people must, first of all, express their differences in much more civil ways, e.g., not demonizing or questioning the motives of those with whom they differ. And, second, they need to agree that while they differ about the course on which the country should follow and on how to restructure the boat, they all are riding in the same boat and hence need to agree on some matters to keep it afloat.

What has all this to do with face masks? Donning a face mask should be taken out of politics and viewed as being the act of a good citizen, a good person. Mask-wearing should be defined as belonging to the category of things that people do to keep the nation going, to keep its troops healthy, to keep the population strong and the economy as open as possible.

Finally, face masks should be treated like sunglasses that anyone can wear without being considered a supporter of Republican or Democratic issues. But they should not plan to burn their face mask one hundred days after Jan. 20. Biden may well need to ask for an extension. Moreover, Americans have learned from Asian nations in which masks are widely used, that they reduce the likelihood that a person will catch the flu and reduce the industrial pollutants that a person inhales. And, if this is not good enough, then they can alternatively be used as ties or makeup of old, to express your individuality, as long as you use some version of an N95 mask.