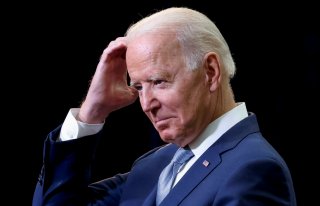 Analysts parse the foreign policy statements of presidents and administrations in search of a dominant theme.  When they find it, they call it a presidential doctrine.  The Monroe, Truman, Nixon, and Reagan doctrines, for example, are enduring summaries of those presidents’ foreign policy.

There seem to be two Biden doctrines, neither is compelling, and they are at cross-purposes at times.  Neither is the political clarion call America needs for the great power confrontation with China.

“Every action we take in our conduct abroad, we must take with American working families in mind,” said President Joe Biden in a speech at the Department of State in February.

In his first speech as Secretary of State in March, Anthony Blinken also addressed this topic: “… Our trade policies will need to answer very clearly how they will grow the American middle class...”

At a press briefing in February, Jake Sullivan, National Security Adviser, announced that:  “We will also be able to more effectively pursue a foreign policy for the middle class. …  Everything we do in our foreign policy and national security will be measured by a basic metric: Is it going to make life better, safer, and easier for working families?”

The intellectual origin of the doctrine is a 2020 study by the Carnegie Endowment of International Peace entitled “ Making Foreign Policy Work Better for the Middle Class,”  co-edited by Jake Sullivan.

The Carnegie study refers to a Pew Research Center report that defines the middle-income bracket for a household of three as $48,505-145,516.  The Carnegie study does not refer to “working families” but we can assume that the terms are used interchangeably.

Questions about The Foreign Policy for the Middle-Class Doctrine

Why design the foreign policy for the entire nation around just one class?  Pew estimates that about fifty percent of Americans are in the middle class, twenty percent in the upper class, and thirty percent in the lower class.  Doesn’t the lower class, the most vulnerable among us, also deserve consideration in our foreign policy?  And how about the upper class who pay seventy percent of total taxes and, by extension, of the salaries of our public servants.

Furthermore, if the goal is to target the well-being of the middle-class, foreign policy tools are singularly ill-designed for the purpose (to paraphrase Churchill’s remark about golf clubs).  The tools of foreign policy are diplomacy, information, military, and economics.  The first three cannot be used to benefit just some Americans.  How exactly would our Russia diplomacy, for example, be different if we keep the middle-class in mind?  Or our military posture in Asia?

Economic tools, and especially trade policy, are usually offered as an option but they don’t quite work either.  The Interim National Security Guidance published in March said that “trade policy must grow the American middle class, create new and better jobs, raise wages, and strengthen communities.”  In a Washington Post article, Professor Daniel Drezner commented that: “… No trade policy in the world can do that, because no trade policy has effects of that magnitude.”

In his introductory letter to the Interim National Security Strategic Guidance, President Biden declared that “Our world is at an inflection point. …. I believe we are in the midst of an historic and fundamental debate about the future direction of our world. There are those who argue that, given all the challenges we face, autocracy is the best way forward. And there are those who understand that democracy is essential to meeting all the challenges of our changing world.”

The Guidance describes a global security landscape in which “democracies are under siege” and  “authoritarianism is on the global march,” which requires “like-minded allies and partners to revitalize democracy the world over.”  China, Russia, Iran, and North Korea are listed as “hostile adversaries.”

The Guidance lists eight national security priorities: Strengthening alliances and partnerships; leading in international institutions and on climate change; smart defense choices and leading with diplomacy; international economic relations that serve the middle class; building back better at home; revitalizing democracy at home and abroad; prevailing in “the strategic competition with China or any other nation;” and “investing in our national security workforce.”

The Guidance describes China as  “… the only competitor potentially capable of combining its economic, diplomatic, military, and technological power to mount a sustained challenge to a stable and open international system.”

It also notes that “..in many areas, China’s leaders seek unfair advantages, behave aggressively and coercively.” The guidance promises that the U.S. “… will confront unfair and illegal trade practices, cyber theft, and coercive economic practices that hurt American workers...”  And it states that “We will position ourselves, diplomatically and militarily, to defend our allies” and support our partners in the region.

Referring to the United States, he argued that “there is no question that our democracy is fragile” and in need of strengthening.  Promoting democracy is important “… because strong democracies are more stable, more open, better partners to us, more committed to human rights, less prone to conflict, and more dependable markets for our goods and services.”

Regarding the implementation of democracy promotion, he promises that “We will use the power of our example.  We will encourage others to make key reforms, overturn bad laws, fight corruption, and stop unjust practices.”

Implementation has already started: Politico made public a cable from Secretary Blinken to all U.S. embassies in which he instructs our diplomats to promote human rights and democracy, even in countries with non-democratic governments that are friendly to the U.S.  To increase acceptance of this message, U.S. diplomats are encouraged to talk about shortcomings in the U.S.

Questions regarding the Democracy Promotion Doctrine

The second question regards the promotion of democracy in all countries, even those friendly to the U.S. when this may antagonize countries we need to counter China and other adversaries.  Will we complain to India, the Philippines, Vietnam, and Singapore about their democracy shortcomings and risk pushing them closer to China?  Or to NATO members Turkey, Poland, and Hungary who are key to checking Russia?  Or to Egypt, Saudi Arabia, and many other countries in the Middle East that we need to counter Islamic Terrorism?

The third question regards the effectiveness of democracy promotion.  The U.S. has few tools to influence the behavior of foreign governments.  Withholding or reducing arms sales, a frequent sanction for this purpose, doesn’t work very well.  China and Russia are happy to sell weapons to dictators if the U.S. does not.  And so is our democratic ally France, a traditional arms supplier to Saudi Arabia, Egypt, and many other dictatorships.

President Biden talks about a Summit of Democracies.  What will be the democracy test that countries will have to pass to be invited?

Contradictions Between the Two Doctrines

A central tenet of the Democracy Promotion Doctrine is that democracies should band together to oppose autocracies.  But Biden’s “Buy American” (just like Trump’s America First trade policy) appears protectionist to our allies and partners and will push them away.

Selling weapons to dictators creates jobs for the middle-class but does not promote democracy.

Democracy promotion abroad was not popular with the middle class as practiced by Presidents Carter and George W. Bush.  It is still unpopular.  A February 2021 Pew Research Center poll gave Americans twenty foreign policy goals and asked them to pick their top priority.  The top three choices, with percentages in the seventies, were protecting American jobs, fighting pandemics, and fighting terrorism.  Dead last, with just twenty percent was “Promoting democracy in other nations.”

The Biden Administration believes that American diplomats advocating for democracy abroad should talk about shortcomings in America’s democracy.  But this sounds like President Obama’s “apology tours” and will not sit well with the middle-class who are very patriotic.  A poll by the University of Chicago showed that ninety percent of America’s poorest would rather be citizens of the United States than of any other country and eighty percent of all respondents believed that America is “better” than other countries.

The Doctrine We Need for the Great Power Confrontation with China

1.     Our world is indeed at an inflection point: The United States is in a great power confrontation with China and this must be Priority #1 for our national security strategy.  The United States must counter Communist China’s expansionist, revisionist, and illegal actions that have been harming vital American security, freedom, and prosperity interests.  Communist China wants to dominate the world but living in China’s totalitarian world is unacceptable for Americans.