A Big Mistake: A Rush for Kurdistan's Independence 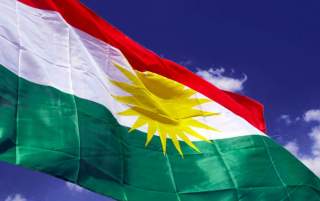 Paralysis in Baghdad, the acquisition of Kirkuk, and new oil exports from Iraqi Kurdistan have combined to kick start the debate over Kurdish independence. The two most influential parties in the Kurdistan Regional Government (KRG) can't agree on the speed at which they should pursue it. The Kurdistan Democratic Party, led by President Massoud Barzani, wants a referendum soon. “From now on we will not hide that the goal of Kurdistan is independence,” he said in July. “The latest events have established that this is the solution.”

The Patriotic Union of Kurdistan (PUK) is more cautious, convinced the Kurds can still renegotiate the terms of their relationship with Baghdad. They have more leverage than ever after the peshmerga took Kirkuk following the collapse of the Iraqi army in June. If the Kurds can’t secure more autonomy and a greater say in oil sales, independence is still an option. (Iraq’s new president, Fuad Masum, is a founding member of the PUK. He is constitutionally bound to uphold the unity of Iraq.)

The Kurds are naturally excited by the prospect of independence. A long history of marginalization and victimization makes their case for statehood especially moving. But there can be no independent Kurdistan without steady revenue. Selling oil in spite of Baghdad is already proving to be extremely difficult. Should Erbil commit to a nasty divorce, what was difficult might become impossible.

Independence is particularly appealing now because Baghdad has reportedly been withholding some or all of Kurdistan’s budget since January. Not only does the KRG need to pay wages and subsidies, like usual, it’s also facing a flood of refugees. The Kurds needed to sell two cargoes a week (at a million barrels each) to cover normal expenses. They’ll need to sell much more to upgrade security forces, govern more cities and manage today’s emergencies.

Six tankers carrying over five million barrels of Kurdish oil have loaded at the Turkish port of Ceyhan this summer. So far, the Kurds have only confirmed the sale of one cargo. One tanker has been sitting off the coast of Morocco since June; another stopped short of Galveston, Texas late last month.

A U.S. judge issued an order to seize the oil if it entered American waters. That same judge, however, deferred to Iraq’s Supreme Court in a July 28 hearing. “Seems to me this is not a matter for the U.S. courts to tell the government—the governments—of Iraq who owns what,” she said. “This just seems way outside our jurisdiction.” Any foreign court caught in the tug-of-war between Baghdad and Erbil will likely defer to Iraq’s Supreme Court, as they should, since the dispute—at its core—is a constitutional one.

The Kurds have a strong case, but the Iraqi Supreme Court’s independence is questionable. A ruling against the KRG could make the oil radioactive from a legal perspective, regardless of whether independence is declared. Declaring independence before a ruling would hurt sales prospects just the same. A ruling is essential to resolving the dispute—one way or the other—but Baghdad doesn’t have to win every court battle. The central government can pursue a legal war of attrition knowing that uncertainty and delay is good enough to scare away potential customers.

The Iraq-Turkey Pipeline agreement connecting Kirkuk to the Turkish port of Ceyhan is yet another obstacle. The deal goes back to the 1970s and was renewed by Baghdad and Ankara for fifteen years in 2010. Northern exports were cut off this year in March, after militants attacked the twin pipelines inside Iraq. Late last year, the Kurds tied their own pipeline into one of those lines, well north of where it was later sabotaged. They began pumping oil to Ceyhan with Turkey’s blessing in May.

An outraged Baghdad calls this “oil smuggling”. After the first tanker loaded, Iraq filed for arbitration against Turkey in Paris. Yet both the Kurds and the Turks swear that Kurdish oil is in fact Iraqi oil. Revenues are to be split based on a prevailing agreement under which Baghdad gets 83 percent and the KRG takes 17 percent. That pretense would disappear if the Kurds declared independence and rebranded the pipelines as their own. Terminating the ITP agreement, even with Turkish consent, does nothing to protect oil coming out of Ceyhan. It would probably bolster Baghdad’s efforts to sue for attachment in foreign ports.

Kirkuk could be included in a future independent Kurdistan, given the Kurds’ historical and spiritual attachment to the city and the presence of the peshmerga. Fields in the area have been maintained by Iraq’s state-owned North Oil Company going back decades. Contracts to revive those aging fields, some of which are nearly a century old, will be much harder to sign if the Kurds can’t guarantee oil sales. Any major threat from militants or the Iraqi army would also give companies pause.

Of immediate importance is the KRG request to lift the U.S. judge’s seizure order. Any sale in the United States has the potential to inspire other customers to buy from the Kurds. But over the long term, oil exports from an independent Kurdistan would hinge not only on court decisions, but also international recognition. The White House is intent on keeping Iraq whole, as is Turkey. If the Kurds declare independence in spite of Washington, what was a behind-the-scenes campaign to prevent Kurdish oil sales will probably go into overdrive.

Barzani’s promised referendum is genuine, but a new federal arrangement granting the KRG more autonomy is worth striving for. In an effort to save Iraq, Washington should push for it as part of a grand bargain designed to satisfy minorities—ideally including an ever-elusive oil law. Such a deal would produce the most durable solution to one of Iraq’s thorniest problems. Independence is a much riskier gamble right now.