Big War Is Back 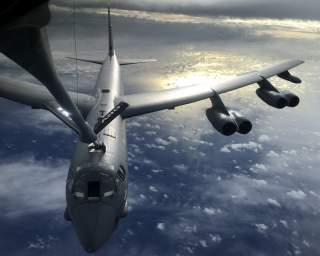 The Berlin Wall fell and the Cold War came to an abrupt end almost thirty years ago. This watershed event started a process, during which international security and war have been redefined—in many cases on Western terms. In addition, some ten years has passed since the Russo-Georgian war in August 2008. Today, many conceptualize it as a Russian starting shot for an aggressive policy of primacy in the post–Soviet space.  Looking back some thirty years, it is reasonable to presume that there is enough—or at least some—empirical historical material for analyzing the way that Western states have redefined their take on international security and war during the post–Cold War era. This timeframe—thirty years—seems appropriate as strategy formulation, defense planning and military capability development are long-term endeavors—measured in decades, not years.

The disintegration of the Soviet Union and the end of the Cold War and almost thirty years ago were watershed events in international politics. The “culture” of hostility and confrontation between the West and the East were suddenly gone. The threat of a nuclear war vanished—as did the fear of large-scale conventional war in Europe. This all happened almost overnight. Western states—led by the United States—won the Cold War, and they were in an unprecedented position to redefine the very essence of international security and guiding principles concerning relations between states. Optimistic notions such as cooperative security or an “Agenda for Peace” bloomed. Sadly enough, some thirty years later, this optimism on the future of international relations has waned. Great power rivalries are back. And worse still, most Western states have been engaged in warfare—wrong kind of warfare—for the good part of the post–Cold War era.

What was supposed to become a “New World Order” never materialized. Instead, we have witnessed a “New World Disorder” and perpetual war. Perpetual war for the Western states that is. They have developed a culture of “strategic trigger-happiness” and overreliance on the use of military force to solve political problems that in many cases are on the fringe of vital national interests or national-security agendas. What is the most striking—and dangerous—development during the period we call the post–Cold War era, is the decrease in high-end Western defense capability: almost twenty years of continuous counterinsurgency warfighting with several humanitarian interventions or stability operations on the side have eaten away a lion’s share of the military capability that was not lost during the years of enjoying the post–Cold War era “peace dividend.” Moreover, focusing on counterterrorism, irregular warfare, counterinsurgency operations and military crisis management for so long, much of the know-how and military ethos related to defense and deterrence have been lost—touching European states the most. Rebuilding the needed military capability, not to mention the mental perspective on “real defense,” will take at least a decade.

The problem-statement is simple: Western states have during the post–Cold War period focused mostly on wrong security issues with bad policies. They have overused the military tools at their disposal. Being engaged in practically endless warfighting ever since the early 1990s, the defense planning assumptions within the West became twisted. Today’s militaries in the United States or Europe are not up to the tasks that they might be ordered to perform: deterring or combating peer adversaries—Russia and China—that for long have focused on building high-end military capabilities to trump—and ever surpass—Western military superiority.

The situation is most ominous in Europe, where only a handful of states (if even that) today possess some warfighting capabilities that would be credible and useful for the purposes of “traditional” deterrence and defense. Most European militaries have become dysfunctional under the pressures of cashing in the “peace dividend,” recent austerity policies and the need to build really expensive high-tech professional armed forces. They have lost traditional fighting power measured by troop numbers or military capabilities at their disposal. A typical European military is Lilliputian in size, with only a very limited number of “bang” (bombs, missiles etc.) as showcased by the ill-fortunate war against Libya’s Muammar Gaddafi in 2011. Then, after discharging the opening salvo, most European armories were practically depleted of precision-guided munitions, the weapons of choice ever since the Western way of war went expeditionary and became detached from state survival and defense of territory or national interests.

Getting the Security Environment Wrong

Moving beyond the confrontational Cold War era mindset, Western security policy since the early 1990s was based on the notions of engagement and cooperative security in an interdependent globalizing world of positive-sum outcomes. This depiction of world politics went astray as it mixed up Western security and defense policy with objective analysis of the security environment. Globalization and interdependence were not—and are not—just happening “out there” like forces of nature. Similarly, the “New World Order” was a Western policy construct—not an accurate description of world politics after the Cold War. The emergence and maturation of globalization was dependent on political decisions made within the West. And since the early 1990s, Western states made these decisions by the handful: creating the European Union, enlarging NATO and the EU, promoting democracy and, free trade and the unlimited movement of individuals and capital etc. Thus, the very nature of the globalizing world order that emerged out of the ashes of the Cold War was mostly a Western creation. Russia or China have never accepted the security implications of this Western perspective on globalization.

During the post–Cold War era, we have witnessed a process of slowly accumulating pressures from the political stratum towards Western military establishments to be able to “do something” when something bad happens in the world, even in far-away locations with zero strategic significance to Western security. The narrative of a globalizing, interconnected, chaotic, violent and dangerous post–Cold War world with ethnic conflicts, terrorism and “new wars” has been accepted without critical analysis. Much of this narrative has no connection to the reality of international security. In fact, throughout the post–Cold War era Western states have been much more secure than they had been throughout the threat-penetrated Cold War era.

The globalization-inspired perspective on Wester security policy, which accentuates the stability of the international system as a referent object of international security, has blurred the significance of territory and distance. Hindu Kush is not important to the West—even though it might be a useful tool to say so in order to sway public opinion to back a military operation. Increasing interconnectedness in our world does not equal Western security interests becoming global or universal.

When the Cold War was coming to a close, Iraq’s Saddam Hussein made a fatal mistake by invading Kuwait. It was fatal—with a delay—to Saddam Hussein himself. It became almost fatal to the Western states as well. After Iraq was forced out of Kuwait in 1991 with the tools of AirLand Battle that were designed to deal with the Soviet Union in Europe, many within the Western defense community sought refuge in the high-tech warfare that was displayed on CNN day in day out in January and February 1991. “The Revolution in Military Affairs” (RMA) had supposedly arrived—and was widely heralded as the new imperative around which defense could be organized as the Soviet threat was on its way out. Military transformation became the new Western norm according to which military power and military credibility became evaluated. It was all about getting rid of military mass, avoiding friction in warfare, overcoming the “fog of war” and speeding up one’s OODA-loop (Observe, Orient, Decide, Act).

For the Western states that were almost desperate to find a new logic for their militaries in the post–Soviet “threat vacuum,” the RMA provided an easy way out: without any serious military threats facing Europe or the United States, it sufficed to field some “revolutionary” high-tech systems at the same time as Cold War era conventional military capability was axed. Unfortunately, warfare is not—and has never been—about technology only. As we have seen, the United States, attended by its European allies, have not been able to tame Afghanistan or Iraq militarily. And one cannot blame the United States and some European states for not trying: the war in Afghanistan has continued for seventeen consecutive years—and the War in Iraq took eight years to finish. And in Iraq the end result was a failed states that today is a more severe international-security threat than Saddam Hussein ever was. Not to mention about the “birth” of ISIS, which was facilitated—if not caused—by the destruction of state structures of the 2003 Invasion of Iraq. The story of NATO’s war over Libya in 2011 is another bad example of Western security strategy (or the lack thereof) and overreliance on military tools to sort out political problems.

Based on the notion of the RMA, advanced C2-systems, precision weapons and the possibilities of force protection never before seen in the battlefield, Western states have militarized—over time—their security policy. Many “new” security issues have become military issues as the tools of RMA have made the application of military force in precise and small quantities possible. Political problems have been solved with military means as the RMA has made it possible—and supposedly an effective way to operate. In addition, many non-strategic problems have been transferred to the security and defense agenda as the tools of the Revolution in Military Affairs and military transformation has made military action practically without risk possible. Western air wars over Bosnia and Kosovo are prime examples of this. In addition, the war in Afghanistan (2001–) and Iraq were started based on the notion of effective high-tech capabilities that would facilitate a quick and successful campaign.