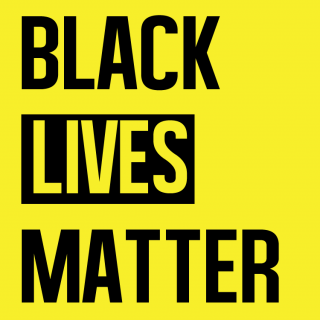 Woe unto those who publicly disagree with Black Lives Matter.

Black Lives Matter has become more than a movement; within a relatively short period of time, it has solidified into an institution with strident public support. Similar to how campus movements open chapters across the country, Black Lives Matter is safely ensconced in many places of higher learning, constantly on the lookout for oppressive speech and action.

The reaction was swift. The president of the University of Houston student body both publicly denounced her actions and suspended her. The hashtag #RemoveRouhini surfaced. As a condition of her suspension, Sethi was required to attend three days of sensitivity training. Sethi disagreed, but complied. Compliance was not enough, however, since it was clear that she still held her personal views. Black students at the University of Houston no longer felt that she was suited to represent them, and made this view known. Shane Smith, student body president (who is white) went on record with the Washington Post to articulate the students’ displeasure: “Her post and subsequent actions were very divisive,” he said. “It caused some in our student body to be upset with her. They lost their faith in her ability to represent them because they felt she did not understand or respect the struggle in their lives.”

Note that Smith said some. Not a majority. Perhaps he understands that part of his role is to keep a small but vocal group satisfied lest his own position be threatened. If so, he’s well on his way to a luminous political career in Washington.

Rohini did not use the university’s social media or other official university portals of communication. It was on her private Facebook account. Her own private views and displeasure at police officers being killed should not automatically disqualify her from her position.

I’ve argued before that sometimes personal social media posts should have professional consequences, like in the case of the nutty professor Joy Karega at Oberlin, which I wrote about in March. But disagreeing with a political stance is not the same as openly endorsing conspiracy theories that have a clear connection to your work. Nor is it the same as declaring your intent to use Facebook comments as research.

In this case, Sethi was disturbed by the events in Dallas and felt disillusioned by a political movement. Her opinions were harmless, but the student body president and black students did not feel the same way. They immediately perceived her as a threat and treated her as a liability. Her stipend, funded by student fees, hung in the balance. This campaign against her was a clear vote of no confidence, intended to force her to step down. It would be no surprise if she resigns before the end of the week. No doubt her departure will be met with celebration.

Black Lives Matter did not simply wish to censure her speech; they threatened her. Public humiliation, shaming someone in authority who does not agree with what you say is more than abusing your position of power to curtail free speech. It’s potentially destroying someone’s life and future. It’s not like kicking someone out of the debate club. But high on new power, Black Lives Matter has sent a message to potential adversaries: disagree publicly, and we will throw you under the bus. For now, they have the resources and enough public sympathy to make good on their promise.

Marjorie Romeyn-Sanabria is assistant managing editor at The National Interest.