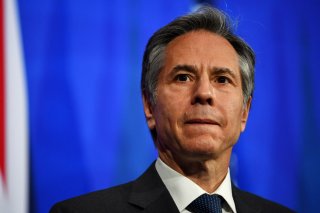 Armenians and the Armenian diaspora in the United States celebrated President Joe Biden’s formal recognition of the Ottoman-era genocide against Anatolia’s Armenian population. For Armenians, the move was important not only for historical justice but also because Turkish and Azerbaijani actions and rhetoric suggested a desire to continue the genocide. Their celebration was short-lived. Just two days later, Armenians and the U.S. Congress learned not from the State Department but rather from Azeri media that Secretary of State Antony Blinken had quietly waived Section 907 of the Freedom Support Act to enable continued military aid to Azerbaijan despite in contravention of both the letter and spirit of the law. The move represents State Department cynicism at its worst and, rather than assuage both sides, will hemorrhage trust, further reduce American influence across the region, and could actually increase the likelihood for renewed conflict.

Many opponents of Biden’s Armenian genocide recognition opposed the move for one of four reasons.

First, some scholars question whether the Young Turk leaders in the Ottoman Empire planned and coordinated the genocide. Recent archival work, however, suggests beyond any reasonable doubt that they did.

Second, some suggest contemporary diplomats from World War I-era Allied Powers exaggerated atrocity reports to sully the Ottoman Empire. The Armenian Genocide museum in Yerevan, however, has chronicled numerous instances in which German diplomats and officials—allied with the Ottomans during the war—reported the Turks’ deliberate slaughter of Armenians. This is similar to what Armenia’s American and French counterparts did.

Third, while it is true that some Armenians had risen up against Ottoman Empire, there were frequent national liberation movements in the late nineteenth and early twentieth century; none justified genocide.

Finally, some scholars and foreign policy specialists put the debate aside and simply argue that the United States needs Turkey and Azerbaijan as a bulwark against Russia. Armenia, they allege, is under Russia’s influence. This is lazy, however. Under Recep Tayyip Erdoğan, Turkey has repeatedly compromised American interests to Russia (and Iran). Meanwhile, Azerbaijani dictator Ilham Aliyev has in recent years increased trade with Russia by several orders of magnitude.

Certainly, by any reasonable standard—historical accuracy, morality, or self-interested realism—Armenia genocide recognition was justified but what about the Section 907 waiver?

Section 907 of the Freedom Support Act determined that U.S. aid “may not be provided to the Government of Azerbaijan until the President determines, and so reports to the Congress, that the Government of Azerbaijan is taking demonstrable steps to cease all blockades and other offensive uses of force against Armenia and Nagorno-Karabakh.” The origin of such language lies in the fighting and ethnic cleansing that occurred against the backdrop of the Soviet Union’s collapse and fighting between Azerbaijan and Armenia sparked by the petition and then plebiscite of residents of Nagorno-Karabakh seeking either unity with Armenia or independence.

In the wake of the terror attacks on September 11, 2001, Congress amended the Freedom Support Act to enable a waiver to Section 907. The amendment called for a designated State Department official to waive the prohibitions on Azerbaijan if it “is necessary to support United States efforts to counter international terrorism; is necessary to support the operational readiness of United States Armed Forces or coalition partners to counter international terrorism; is important to Azerbaijan's border security; and will not undermine or hamper ongoing efforts to negotiate a peaceful settlement between Armenia and Azerbaijan or be used for offensive purposes against Armenia.”

Azerbaijan and Turkey’s surprise September invasion of Armenian-held portion of Nagorno-Karabakh certainly hampered “ongoing efforts to negotiate a peaceful settlement between Armenia and Azerbaijan.” Aliyev dismissed the idea of further negotiations after his territorial re-conquest and then belittled on Azeri television the American co-chair of the Minsk Group, the organization charged with negotiating a diplomatic resolution to the problem. There could be no more clear violation. Nor does the realist desire to embrace Azerbaijan as a counter-terror hub make sense given Aliyev’s acceptance and utilization of Syrian mercenaries, some of whom fought for Al Qaeda-affiliated groups or the Islamic State.

Blinken knew he was wrong. If he thought he could easily defend his actions, then he would not have surprised Congress but made his case openly. Perhaps within the State Department, diplomats argued that waiving Section 907 and continuing foreign aid and military assistance was necessary to keep Azerbaijan at the bargaining table. Put aside the violation of U.S. law and the insult to Congress. In reality, what Blinken’s waiver does is undercut future diplomacy for it sets a new standard that Azerbaijan can expect to act without consequence so long as they kill fewer than seven thousand men and only displace a few hundred thousand.

Further, Blinken signals to Azerbaijan that it will face no consequence—and, indeed, reap a reward—for holding a couple hundred prisoners-of-war long after the date on which they were to be released. In effect, what Blinken and his Caucasus team have done is undercut the possibility of meaningful diplomacy and rewarded terror and hostage-taking. Nor will the ramifications be limited to the South Caucasus. Blinken, with one fell swoop, has not only undercut the moral clarity and emphasis on human rights tied to the Armenian genocide resolution, but he has also signaled not only to Azerbaijan but also to Turkey, Russia, Iran, and other aggressors that the State Department stands for nothing and U.S. law without meaning.

Moral equivalency is not sophisticated. For the United States’ position in the world, it can be disastrous.