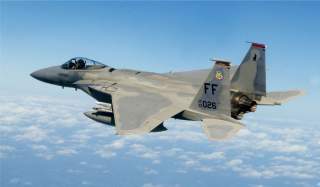 After deploying its ground and air assets across Syria, Russia entered into an agreement with the Shiite leaders of Iran and Iraq to coordinate military efforts. At the podium of the United Nations, Russian President Vladimir Putin looked as if he had pulled off a masterful power play in the Middle East. But Putin seems to have forgotten the dangers of the neighborhood he seeks to dominate. More importantly, he is ignoring Russia’s recent history of meddling in the Muslim world. If past is prologue, things could get bloody.

US President Barack Obama, who has arguably looked weakest as a result of Putin’s muscling into Syria, recently warned that the Kremlin may be heading for a quagmire.  There is unquestionably an element of sour grapes here, but Obama has a point. The scores of Sunni factions already fighting in Syria—both jihadis and moderates—are now nearly unanimous in their fury over Russian attempts to bolster the Assad regime. And so are the traditional financial patrons of militant Islam in the Middle East. The Saudis have now openly called for an end to Russian airstrikes.

On the surface, things between Russia and the Saudis appear friendly enough. In July, Saudi Arabia announced that it would invest up to $10 billion in Russian agricultural projects, medicine and logistics and the retail and real estate sectors. This summer, the two countries inked a nuclear power cooperation deal, accompanied by reports of potential upcoming arms deals.

At the same time, a Saudi economic war against Russia is also underway. While Iran is their primary target, the Russians are feeling the brunt of it. In 2014, as it became increasingly clear that Russia and Iran were committed to propping up the Assad regime in Syria, the Saudis refused to mitigate oversupply in the market. This has hammered both Moscow and Tehran, as their budgets were based on $80-90 and $72 per barrel, respectively. Currently, oil is at $45.

As one Saudi diplomat said about this economic strategy, “If oil can serve to bring peace in Syria, I don’t see how Saudi Arabia would back away from trying to reach a deal.” It is unlikely that Russia, reeling from the low cost of oil, now compounded by international sanctions after their invasion of Ukraine, view the Saudi maneuver so charitably.

Oil profits, not oil poverty, was always the Saudi play in the past.  In the 1970s, for example, the Saudis cashed in on their enormous oil wealth to counter Russian-backed communist governments and political movements. They did so with more than $10 billion in foreign and military aid to countries like Egypt, North Yemen, Pakistan, and Sudan. Saudi funding was particularly instrumental in supporting anti-Soviet (and anti-Libyan) operations and alliances in Angola, Chad, Eritrea, and Somalia.

But theirs wasn’t only a strategy of bulwarks. The Saudis fueled a generation of zealous Islamist fighters. The Saudis, who were particularly opposed to the godless communist ideology, ultimately financed and organized up to 250,000 mujahedin fighters after the Soviets invaded Afghanistan in December 1979. Thanks to Saudi inspiration and cash, Pakistani logistics, and additional US assistance, Arab mujahideen poured into Afghanistan.

The Soviets lost an estimated 14,500 soldiers in the Afghan war (1979-1989), with many more maimed and wounded.  The horrors of the front lines did not reach the Russian population for some time, as the Soviet Union kept many of the details and deaths secret in the first years. But ultimately the Kremlin was forced to concede. After a decade of heavy losses, the Red Army withdrew, and their puppet government in Kabul fell soon thereafter.

In short, the last time the Saudis made it their business to scuttle Russian policies in that part of the world, they bloodied the Russians rather badly. And in the process, a generation of jihadi fighters was born in Afghanistan, planting the seeds for the Taliban and al-Qaeda.  Today, those actors are still wreaking havoc three decades later, and their progeny – notably, the Islamic State – is even more radical than the generation before it.

Are the Saudis behind any of this? We don’t know. What we do know is that the Saudis have been sending sophisticated weapons to the Syrian opposition since at least 2012 by way of Sunni tribal allies in Iraq and Lebanon. The beneficiaries of Saudi largesse are not exactly filing taxes in Syria, but amidst the fog of war, it appears that groups such as Jaish al-Islam and Jaish al-Fatah may be in the Saudi camp.

Jaish al-Islam has claimed a number of high profile attacks against the Syrian regime, including the 2012 attack on the National Security building that killed Assad’s Defense Minister, Deputy Defense Minister, and National Security Advisor. The group also recently released a video declaring war on the Russian soldiers in Syria. The leader of one group in Jaish al-Fatah, not to be outdone, warned Russia that they looked forward to “slaughtering” their troops.

For any proxy group to succeed they will need to raise the cost of strikes from Russian and Syrian warplanes. U.S.-backed rebels have requested anti-aircraft weapons to do just that. It’s unclear whether their requests will be met, but it’s important to note that it was exactly this type of weapon that ultimately turned the tide of war for the mujahideen in the 1980s, when Russian helicopters began to tumble from the sky. The Saudi government or those close to the ruling family may be less concerned by U.S. opposition to sending such weapons to Syria. After all, Russia’s is basically on its doorstep.

Meanwhile, Saudi religious figures are weighing in. 52 Saudi clerics issued a statement condemning the Russian intervention on religious grounds.  Abdullah al-Muhaysini, a Saudi cleric in Syria linked to the Nusra Front, explicitly warned that Syria will be a “graveyard” and another Afghanistan for Moscow.

In other words, some Saudi preachers are casting this conflict as a religious one. And as if Sunni jihadis needed more of an excuse to view the Syrian theater as the next jihad, the Russian Orthodox Church has come out in support of the Russian intervention in Syria, calling it a “holy battle.” The Saudi clerics’ denounced this new Christian “crusade.”

To be sure, there is no shortage of Sunni Arab states that wish to target the Russians. Many of those states, including Qatar and Kuwait, already have groups on the ground they can work with. It is hard to believe that they are not mobilizing further assets to do so, particularly as Russian ground operations take shape.

But it is the Saudis who have done this before on a grand scale. If Riyadh wants to arm the next wave of jihadists to target Russia, armed they shall be. Whatever shape the anti-Russia jihad takes, it will follow in the footsteps of the Afghan jihad by making the world a far more dangerous place.

Jonathan Schanzer, a former terrorism analyst at the U.S. Treasury, is Vice President for Research at the Foundation for Defense of Democracies. Follow him on Twitter @JSchanzer

Boris Zilberman is deputy director of congressional relations at Foundation for Defense of Democracies, where he is also a Russia analyst. Find him on Twitter: @rolltidebmz