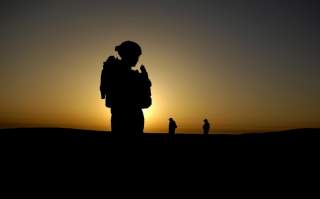 Iraq is disintegrating. The country’s weak social fabric has been torn by sectarian violence and the merciless attacks of an Islamic extremist group bent on civil war. The White House is struggling to fashion a coherent response, even as polls show a majority of Americans disapproving of the president’s handling of the crisis. Nervously eyeing upcoming mid-term elections, lawmakers from the president’s own party are agitating for a change of course before it is too late.

Seemingly snatched from recent headlines, that is actually the situation that former president George W. Bush confronted in the summer of 2006. With the United States on the brink of its first military defeat since Vietnam, the Bush administration was searching for a new strategy. At that time, the bipartisan Iraq Study Group (ISG) was founded to chart a new way forward in Iraq, and to build Congressional support for that strategy on both sides of the political aisle. We believe the ISG experience and recommendations offer important lessons as policy makers and lawmakers contemplate the current Iraq crisis.

Of course, the perceived U.S. stakes involved have changed. In 2006, there were tens of thousands of U.S. troops still in Iraq. After launching a war of choice to topple Saddam Hussein, President Bush understood that the United States would be held accountable for whatever tragedies attended Iraq’s violent breakup. By contrast, President Obama campaigned for the withdrawal of U.S. combat troops from Iraq, and he can argue that the Iraqis—not the Americans—squandered the chance for a better future purchased at great cost in American blood and treasure.

And yet our national interests in the oil-rich Middle East endure. At a time when U.S. commitment to its international partners is being widely questioned, the violent breakup of Iraq along sectarian lines would directly threaten U.S. allies such as Jordan, Saudi Arabia, Turkey and Lebanon. The United States also still holds a strategic partnership agreement with the government in Baghdad.

More to the point, Al Qaeda in Iraq—the Sunni extremists fomenting civil war in Iraq in 2006—has since taken root in the fertile soil of the Syrian civil war, darkly blossoming into the Islamic State of Iraq and Syria (ISIS). After capturing wide swaths of territory in both Syria and Iraq, ISIS occupies a larger sanctuary, is better financed, and has proven more wantonly murderous than core Al Qaeda was prior to the September 11, 2001 terrorist attacks. And ISIS leader Abu Bakr al-Baghdadi has made no secret of his plans to take his jihad directly to the United States homeland. Beyond the immediate strategic partnership between the United States and the Iraqi government, countering ISIS is central to the global struggle against jihadist terrorism.

The fact that an initially reluctant Obama administration has rushed advanced weapons and roughly a thousand military advisers to Iraq, while directly launching airstrikes against ISIS targets in northern Iraq, shows that President Obama understands that the United States still has vital national interests in Iraq and the region.

However, the U.S. response to date has been largely reactive, which is why the Iraq Study Group’s emphasis on developing a long-term strategy—and building political support for it—is instructive. Co-chaired by former secretary of state James Baker, and former Congressman and 9-11 Commission co-chair Lee Hamilton, the ISG report made three principal proposals, each as relevant today as in 2006.

The ISG report called for the United States to launch a regional diplomatic offensive in the Middle East that included direct engagement with Iran and Syria, and pursuit of an Israeli-Palestinian peace. As has been widely reported, the interests of Tehran and Washington have aligned during the current Iraq crisis, with both countries coming to the aid of the Baghdad government. U.S. diplomats are already engaged in the most substantive talks with their Iranian counterparts since the 1979 Islamic revolution, centered on Iran’s nuclear program. Those talks could be widened to determine if an accommodation is possible that serves both nations’ interest in reducing tensions along the region’s Sunni-Shiite divide—a sectarian division that is central to the conflicts in both Syria and Iraq.

Talks leading to the recent cease-fire in Israel’s war in Gaza may similarly create a diplomatic opening, with longer-term solutions needed that both reduce the threat to Israel posed by the Islamic extremist group Hamas, and that satisfy Palestinian demands for greater freedoms and autonomy, thus mitigating another touchstone of regional tensions.

The ISG’s second principle proposal was changing the mission of U.S. forces in Iraq from direct combat to training and counterterrorism. President Obama has plausibly argued that he wanted to leave a residual U.S. force in Iraq to do just that, but he was forced to pull all U.S. troops out in 2011, because Prime Minister Nouri al-Maliki refused to grant them immunity from prosecution. With Maliki now having resigned and on his way out, the administration has a chance to correct that strategic miscalculation on the part of the Iraqi government. To stabilize Iraq and the region, U.S. assistance is urgently needed for training and equipping allied forces, as well as combat enablers, such as intelligence, transport and medical assistance. Additionally, a broader strategy must show a war-weary American public that this assistance is not the resumption of the Iraq War.

Finally, the ISG report argued that the U.S. government should condition any further aid to Iraq on the Baghdad government’s progress in achieving milestones towards national reconciliation. By sending the behind-the-scenes message that U.S. military aid was contingent on Maliki’s departure, Vice President Joe Biden and Secretary of State John Kerry rightfully did just that. With that milestone in place, senior administration officials should stay closely engaged in helping steer the political process in Baghdad towards a reconciliation that pulls Sunni tribal leaders back under the government tent, and away from their unnatural alliance with the extremists of ISIS. Quite simply, the United States is the only interlocutor that the Sunnis trust in that role.

As a presidential candidate in 2008, Senator Barack Obama’s platform was heavily influenced by the ISG recommendations, and they became the foundation of the administration’s Iraq policy during his first term. With Iraq once again sliding towards the abyss, and the return of U.S. combat troops out of the question, hopefully both the White House and Congress will recall the wisdom of the original ISG recommendations.

Maxmillian Angerholzer III is the President & CEO of the Center for the Study of the Presidency & Congress (CSPC).

James Kitfield is a Senior Fellow at CSPC and a Senior Correspondent for the National Journal. CSPC was a founding sponsor of the Iraq Study Group.