Bombs Away: Time to Escalate the Air Campaign against ISIL 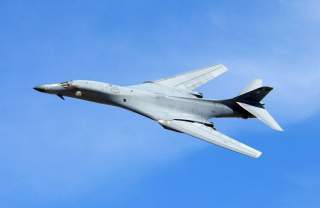 The air campaign part of President Obama’s strategy to degrade and destroy the Islamic State of Iraq and the Levant (ISIL) has been going on more than two months in Iraq and almost a month in Syria. The mixed impact of the airstrikes has called into question the broader effectiveness of the president’s strategy, and intensified the debate on whether the United States and allies need to send combat troops.

Before jumping to the question of sending ground forces, we first need to examine whether the campaign is being conducted effectively and is achieving the maximum effects possible. A close look at the strikes, their effects and ISIL reactions suggests there is room for significantly improving their effectiveness against ISIL and supporting friendly local ground forces. Also, more can be done to improve the effectiveness of friendly forces.

A number of trends are clear. ISIL suffered some setbacks, but continued to advance and make territorial gains across two theaters of operations despite the strikes. As currently employed, the U.S. and allied air raids did prove tactically effective in a few important cases: preventing the possible fall of Erbil, retaking the Mosul dam, repelling the attack on Haditha dam, saving thousands of Yezidis stranded on Mt Sinjar and breaking the siege around the Turcoman town of Amerli.

But our current air attacks have not been equally effective on the operational level and did not degrade the terrorist army’s ability to wage war and expand its zone of control in Kobane, Anbar and a number of areas very close to Baghdad. There have been three problems with the current employment of U.S. air power:

First, air power has been employed later than ideal to target ISIL as it begins to move against its targets. For example, in Kobane, the United States and allies intensified their air strikes only after ISIL had broken into the city itself. The critical decisions to supply the Kurdish defenders from the air, allow Iraqi Kurds to reinforce by land and increase coordination with Syrian Kurds to generate targeting information are helping push ISIL back as we speak, but came only after the city was nearly overrun.

A great deal could have been done in the prior days while ISIL was pushing its way toward Kobane, which involved moving heavy weaponry through largely open terrain. If the air campaign had a more proactive stance, the coalition could have targeted ISIL forces while they were concentrating for the assault, rather than waited for the battle to reach the city streets, where, without targeteers on the ground, the effectiveness of air power is limited.

The same disturbing pattern of delayed and reactive use of air power is in effect in Iraq’s Anbar province. As a result, ISIL has made significant gains in multiple locales around Fallujah and Hit. Haditha and Ramadi are next on the ISIL target list. The fall of these two Sunni towns would undermine anti-ISIL Sunni tribes, provoke sectarian violence and dramatically increase the threat to Baghdad.

Second, the United States has not adapted to ISIL’s adaptation to current U.S. rules of engagement on targeting. War is an interactive process with parties continuously acting and reacting to each other’s actions with the advantage going to the party that adapts faster than the other side. Our decision making on employment of air power against targets with potential civilian connections is protracted, centralized and has the White House reserving the final say for itself. The president’s fear of negative blowback from civilian loss is legitimate. But the centralized decision-making process is unnecessary, given that military commanders already put great value on protecting civilian lives. ISIL has learned that and therefore tries to get into cities quickly and then operate from civilian buildings or from areas adjacent to them.

The absence of special forces on the ground who can distinguish between a building that is indeed civilian and one commandeered by ISIL necessarily makes the decision makers reluctant to authorize attacks and in turn allows ISIL greater freedom of movement. Our friends on the ground and U.S. personnel involved in the air campaign report many such instances.

Third, the air campaign does not sufficiently cover the battlefield. Except for a handful of strikes against refineries and ISIL buildings or staging areas in Syria, so far the campaign has focused on plinking ISIL vehicles and weapon sites where ISIL has chosen to attack. The airstrikes thus far appear to be unsuccessful in disrupting ISIL’s lines of communication or preventing ISIL from moving reinforcements within Iraq or between Iraq and Syria.

Because of these three impediments, we have been seeing diminishing returns on the airstrikes. ISIL has adapted, but we have been slow to adjust. Fortunately, a number of adjustments could significantly increase the effectiveness of the U.S. air campaign:

More agility: We should consider measures to streamline the authorization process to allow air assets to engage ISIL targets in a timely manner. Recent memoirs by former defense secretaries Robert Gates and Leon Panetta suggest that the Obama White House has a penchant for micromanaging military affairs. If the information has to travel all the way from the field to CENTCOM to the White House and back, then this may deny our forces the opportunity to convert time-sensitive intelligence into action. Political micromanagement would be an obstacle to an effective campaign. ISIL has shown that it can adapt and be agile on the battlefield. We have to be more agile and flexible than the enemy to beat them. As of October 1, less than 20 percent of the 1,700 strike sorties ended with targets actually being engaged. These figures need to go up, both in terms of percentage and absolute numbers.

Employing special forces can provide a great advantage by providing precise target identification and targeting. Their presence can also check the excesses of Shia militias when entering into Sunni towns, as there have been more reports of extrajudicial revenge killings in recent confrontations. These special forces could be either U.S. or allied. The Australians already have 200 special forces in the UAE waiting for a legal agreement to move into Iraq. Discussions with Iraq and other allies should continue to identify other sources of special forces that can perform the job.

More coordination with local forces: In implementing a strategy where the United States does not intend to send large ground forces, we must maximize the fighting potential of the local forces that can take on ISIL. This means the United States and allies need to coordinate more effectively with the moderate rebels in Syria both to generate more relevant targets—as they have been doing in the last few days in Kobane—and to allow the local forces to take advantage in the aftermath of the strikes.

Broaden ISR and intensify strikes: The coalition should consider adjusting the way the military searches for and engages ISIL targets to increase the focus on disrupting communication lines. We need to reevaluate the scope of our ISR effort and make sure that the air campaign covers any and all areas where ISIL moves fighters and equipment. Thus far, there have been no reports of significant strikes in the Jazeera region (the triangular expanse between the Tigris and Euphrates valleys in Iraq), including lake Thar-Thar which is a traditional staging area/safe haven for insurgents. For ISIL to move weapons and fighters from Ninewa or Salahaddin to the Anbar region, it must be transiting this open desert terrain. It is imperative to expand ISR in the Jazeera expanse to locate ISIL’s routes and further reduce its freedom of movement.

The limited effect of the current air campaign is raising doubts about the broader U.S. commitment to the mission. Allies and adversaries alike are beginning to assume that Washington is pursuing a containment strategy, rather than a deliberate campaign to degrade and destroy ISIL. Until Iraqi and Syrian rebel ground forces are ready to strike back, we need to escalate the air campaign. This is urgent. ISIL is consolidating gains that are putting Baghdad in the crosshairs again while escalating the war effort in Syria. Intensified air strikes would improve morale among our allies and undercut ISIL’s grave threat to U.S. interests.

Time and again, U.S. involvement in Iraq and Syria has escalated after missing opportunities at earlier phases of the conflicts. Adjustments in the air campaign now could tip the balance in favor of our partners and obviate the need for the deployment of ground forces later on.

Zalmay Khalilzad was the U.S. Ambassador to Afghanistan, Iraq and the United Nations.