Booming Baluchistan: Who Benefits from These Lucrative Trade Routes? 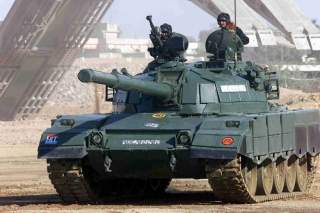 Baluchistan—divided between the Iranian province of Sistan va Baluchestan, the parts of Afghanistan around Kandahar, Nimruz and Helmand and Pakistan’s Balochistan province—is on track to emerge as one of the most pivotal geo-economic hubs of the twenty-first century. Its main port in Pakistan, Gwadar, is the hub of the China Pakistan Economic Corridor (CPEC). It is where China has promised a series of investments in transportation and energy initiatives that would develop the infrastructure at the port itself, rail and roadways connecting Gwadar with Kashgar in western China, and oil and gas pipelines that would connect China, Pakistan and Iran. Iran’s southernmost port city of Chabahar, separated from Gwadar by only forty-four miles, is the focal point of Indian efforts to access Central Asia via Iran and Afghanistan, particularly to provide a secure route for Eurasian resources to arrive in India. There are also proposals that would link Chabahar to the emerging north-south corridor that is set to connect Iran to Russia, as well as connections to the Silk Road Economic Belt, which would provide a direct trade link between India and the European Union.

Both India and China in recent years have invested significant energy and funding in developing multiple trade and access routes in an effort to reduce dependence on current routes, a dependence that leaders in both countries believe could compromise their national security. China has viewed the requirement for the vast majority of its fuel imports to travel via sea in southeast Asia, including the Straits of Malacca, as a strategic weakness due to their impression that those lines are under the protection (and hence the control) of the United States Navy. China has pursued a diversification strategy along two primary paths in order to counter this perceived weakness. The Chinese have invested in the development of their blue water navy and coast guard fleets as an offensive strategy to enforce local sea control, while also developing multiple axes of access routes that would allow them or work around denial of the main sea routes. This diversification of connective trade and military basing includes the development of ports around the South Asia and East African rim, commonly referred to as the “String of Pearls” strategy. The total investment associated with the CPEC project reflects the value China places on ensured alternative trade routes; it could run as high as $46 billion, a staggering sum that dwarfs U.S. aid to Pakistan. The development of this route would allow oil and gas shipments coming into Gwadar from the Middle East to be transported into China—particularly the poorly connected western part of the country—at considerably lower cost than via ocean to China’s eastern ports. It would further support Chinese access to the Middle Eastern markets and connections to other countries where China has been working to develop diplomatic and economic ties, particularly Iran and Saudi Arabia. An additional component of the CPEC arrangement, where Pakistan continues to purchase Chinese submarines and other military capabilities, serves to enhance both Chinese and Pakistani power and prestige in the region. In short, the Gwadar–Kashgar link represents a winning combination for both countries.

India has significant interests in developing Chabahar as a port facility, as well as the rail and road networks that connect Chabahar inland to Afghanistan and (eventually) the central Asian republics, in order to facilitate the trade of raw materials out of its counterparts in central Asia, and to develop markets for Indian products. To this point, while Pakistan has permitted relief shipments of food from India into Afghanistan, it has not supported general trade originating in India; the trade route development provides India a route into central Asia that is free from constraints imposed by its neighbor and longtime rival. Oil and gas pipelines ending at Chabahar coming from the Middle East will also provide India access to energy sources without relying on the pipeline currently extending from Chabahar to Karachi. That said, India’s $100 million investment pales in comparison to China’s investment in Pakistan; it remains to be seen whether India can provide continued investments that will allow it to effectively balance Chinese influence in the region. As it stands, China has also expressed interest in supporting the development of Chabahar, and as Iran’s largest trading partner, that interest represents a significant influence on the direction of future development.

Interestingly, the two biggest winners in the rush to develop trade routes from the Indian Ocean into central Asia may not be China and India, but instead Iran and Russia. Iran’s development of Chabahar will provide the country with a deepwater port outside the Strait of Hormuz, which could become something of a geopolitical game-changer in the Middle East. If Chabahar and the connecting infrastructure from western Iran, Afghanistan and Pakistan can all be effectively tied together, then Iran can reduce its reliance on the Strait for transport of its oil. This will suddenly make a perpetually open strait much less important to Iran than a number of the Gulf Cooperation Council (GCC) countries, with all of the corresponding diplomatic and military leverage that goes with such a position. Furthermore, China’s intent to support investment in Chabahar simultaneously means that Iran can maintain mutually supportive relationships with all the major powers in Asia, lessening the impact of sanctions and relationships with Western powers. Moreover, if Iran assumes a much greater role in tying together transport links between South Asia and Europe, as well as Central Asia, then it will make it much harder to reconstitute effective sanctions on Tehran for future activities related to its missile programs or even parts of its nuclear program.

While both Chabahar and Gwadar experience tensions arising from ethnic minority populations or separatist organizations, the perpetual Baluchi versus Punjabi problem in Baluchistan is a much greater threat to Pakistan’s stability and development prospects than the Baluchi threat to Tehran’s Persian majority. Ultimately, Iran stands to gain from diminished Pakistani power that Chabahar’s development portends, whether derived from prospects for long-term stability, diversification of Chinese trade investments or the reorientation of Afghanistan’s gaze southwest instead of southeast.

For Russia, inland pipeline or transport projects are certainly more in its interest than continued development of Indian Ocean shipping traffic and the maritime routes. Even the CPEC benefits Russia to the extent that it reaffirms the central role of the Eurasian space as the keystone interconnector between the world’s most economically dynamic regions. Because so many countries will be involved in extending energy and trade routes around and through Russia, Russia can seek geopolitical results by surgically pinpointing parts of the transit route to constrict or to provide alternative transit or trade possibilities. Russia has already enhanced developments of north-south pipelines with Iran, and would be in a position to directly supply a growing South Asian market with energy, while it also looks to enhance its position as the supplier of choice for East Asia as well.

Alongside the various new Silk Road projects running along an east-west axis through Eurasia, the plans for both Chabahar and Gwadar would create significant north-south corridors. Overall, they produce a series of economic zones tied together by significant transit infrastructure that would connect Russia, China, India, Pakistan and Iran as well as the states of Southeast and Central Asia. Given that much of this activity also takes place on the territory of member-states or observers of the Shanghai Cooperation Organization, it represents a major step forward in producing both security incentives and economic opportunities for cooperation among non-Western states. Russian president Vladimir Putin recently remarked, on the occasion of both India and Pakistan becoming full SCO members, that “as the Shanghai Cooperation Organization expands its areas of operation and its membership through the participation of the powerful countries I have just mentioned, it turns into a very powerful international association that commands respect and is relevant both in the region and worldwide.”

A leading Indian diplomat observes that “both [India and China] accept the importance of expanding connectivities in Asia, a continent that is rich in resources but unable to move these to markets where they are required.”

The Gwadar and Chabahar projects represent bold efforts to help remedy that situation, and, in turn, may help to redefine the security architecture of the entire region.

Lieutenant Commander Jeff Palmer is an active duty Navy oceanographer and student in the College of Naval Warfare. This work was written under the auspices of the Jerome E. Levy chair of economic geography and national security at the U.S. Naval War College. The views express do not reflect official positions of the U.S. Navy or the U.S. government.