From Bosnia to Iraq: The Failure of Forced Coexistence 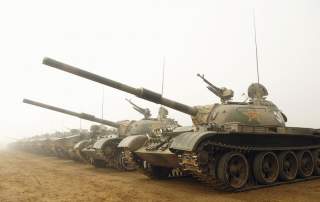 The U.S.-led military interventions in Bosnia and Herzegovina, rump Yugoslavia, Afghanistan, and Iraq have revealed Washington’s inclination toward forcible regime change and external democratization, but also its propensity for the maintenance of the status quo in regard to international boundaries (with Kosovo’s secession from Serbia as an obvious exception to the rule). In three out of four cases, the interventions have included neither border changes nor the diplomatic recognition of breakaway regions; in two, they’ve comprised the foreign imposition of experimental federal arrangements as part of a larger policy of compulsory coexistence between disparate ethnic and/or religious groups.

In 1995, Bosnia and Herzegovina became a sui generis (con)federation, incorporating three constituent peoples but only two territorial entities, even though the second largest ethnic group—the Bosnian Serbs—clearly expressed the wish on a referendum in 1991 to remain within rump Yugoslavia, and boycotted the official Bosnian independence referendum of 1992. A decade later Iraq was established as an asymmetric federation of Shia and Sunni Arabs and mostly Sunni Kurds, although the second largest ethnoreligious group—the Sunni Arabs—overwhelmingly rejected the proposed constitution on the Iraqi constitutional referendum of 2005 (e.g., the predominantly Sunni Arab Anbar Province voted with 97 percent against the proposed document).

The severe lack of political loyalty among the Sunni Arab and Kurdish populations to the new Shia-dominated Iraqi state became brutally obvious in the summer of 2014, when it disintegrated within weeks, making room for a revived Islamic caliphate (ISIS) and a de facto independent Kurdistan. Even though the country practically broke apart along ethnic and sectarian lines, just as former U.S. diplomat Peter W. Galbraith predicted in his 2006 book The End of Iraq, the U.S. government stood firm on its One Iraq policy, frustrating the Kurdish Regional Government in Erbil to the point of reevaluating its staunch foreign political orientation toward Washington.

Bosnia and Herzegovina, on the other hand, lingers on, despite the fact that Milorad Dodik, the president of the Serb entity since 2010, threatens Sarajevo with separation on a regular basis. The Balkan country remains mostly peaceful (it experienced three small-scale terrorist attacks with an Islamist background in the last five years), yet at the same time it is chronically dysfunctional due to its enormous and deeply corrupted public sector and debilitating model of power sharing between the three constituent ethnic groups: Muslim Bosniaks, Orthodox Serbs and Catholic Croats.

While state building created a bureaucratic monstrosity, Bosnian nation building wasn’t even seriously attempted, as the dominant ethnic parties cater to and draw support exclusively from their respective ethnic electorates. Add to this the persistent identification of Bosnia’s Croats and Serbs with neighboring Croatia and Serbia, three mutually irreconcilable collective memories, especially regarding the bloody Bosnian War of the 1990s, and an unemployment rate of roughly 40 percent, and you have all the necessary ingredients for a renewed ethnic conflict. Nevertheless, U.S. policymakers occasionally point out the Bosnian “success story” and even recommend its unique (con)federal model for use in other post-conflict societies.

Beside the shortage of political legitimacy, another feature shared by Bosnia and Herzegovina and Iraq is that federalism in either country means three territorial units for three major ethnoreligious groups. In fact, an equitable allocation of land was deliberately avoided in order to hinder secession and avoid state disintegration. In Bosnia, only the Serbs enjoy an entity of their own, the Republika Srpska, while Bosniaks and Croats were rounded up in the Federacija BiH, a federation within the (con)federation, to the detriment and continued chagrin of numerically inferior Croats. The special Brčko District in northeastern Bosnia was created as a condominium of both entities, with the primary purpose of splitting the Serb Republic in two halves, thus obstructing its sedition and possible unification with Serbia.

In Iraq, only the Kurds have been allotted a quasi-state, in the form of the autonomous Kurdistan Region, whereas the Shia and Sunni Arabs haven’t received anything above provincial level in the rest of the country—an outcome clearly favoring the Shia segment, considering their numerical advantage. However, the Kurdistan Region has been intentionally crippled similarly to the Serb entity of Bosnia. With the goal of discouraging Kurdish secessionism, Iraqi Kurdistan has been deprived of the city of Kirkuk and the adjoining oil fields, the rationale being that the KRG wouldn’t dare embarking on the course of independence without full control over the only giant oil field in the north of Iraq. Yet Baghdad lost its leverage over Erbil following ISIS’s offensive in 2014 and the subsequent Kurdish capture of most of the disputed territories, including Kirkuk. With the advantage on his side, Kurdistan Region President Masoud Barzani announced the organization of an independence referendum in 2016—the symbolic hundredth anniversary of the Sykes-Picot agreement that carved up Ottoman possessions in the Middle East.

With all this in mind, a fair assessment of the current situation would be that Bosnia and Herzegovina is a fragile, and Iraq a failed state. There are two variables explaining the different outcome (for now) of the otherwise similar cases. Firstly, while Iraq is run by Iraqis, Bosnia and Herzegovina is a protectorate headed by the High Representative, a regent of sorts appointed by the European Union and invested with despotic powers. The High Representative has the authority to impose legislation without parliamentary consent, remove public officials, annul decisions made by the constitutional court and even design national symbols such as the flag and coat of arms. His position allows him to break the political deadlock every time the elected officials of the three constituent ethnic groups reach one. This way the Potemkin state, as John J. Mearsheimer labeled it back in the 1990s, keeps on going against all odds.

Secondly, while Iraq has no prospect of joining a politico-economic union (unless the Arab League evolves into one), Bosnia and Herzegovina is a potential candidate for membership in the EU. At the moment it doesn’t fulfill even the most basic requirements for becoming an official candidate country (for example, members of minorities are excluded from the tripartite presidency reserved for the representatives of Bosniaks, Serbs and Croats). However, its inhabitants strongly support EU membership and approximately half a million of them are already EU citizens due to their dual—Bosnian and Croatian—citizenship. Furthermore, Brussels has always been outspoken about its goal of integrating the so-called “Western Balkans” (former Yugoslavia plus Albania) into the EU. This outlook, no matter how distant, is another key factor that keeps Bosnia’s political elites from resorting to violence.

In short, the fact that “Mandatory” Bosnia remains an international protectorate twenty-one years after the signing of the Dayton Peace Agreement, and that it has a theoretical chance of becoming an EU member state in the future, is basically what prevents the fragile Balkan country from falling apart Iraqi-style. Take these two variables out of the equation and you can expect a resurgence of bloody ethnic conflict in the midst of the European continent.

In hindsight, we must admit that the experimental federal arrangements in Iraq and Bosnia and Herzegovina have failed, and so has the morally questionable policy of compulsory coexistence. While it is probably too late to fix things in Iraq (Shia-Sunni relations are at a historical low, and the Kurds are not likely to give up their hard-fought statehood), it may still be feasible to transform Bosnia into a viable polity.

In order to do this the local political elites, together with their patrons in Ankara, Belgrade and Zagreb, as well as the international community at large, will have to reach a post-Dayton settlement that will allow all three constituent ethnic groups to effectively run their own affairs. This can only be achieved through a symmetric (con)federation consisting of three territorial entities, invested with equivalent competencies. Such an internal reorganization of the Bosnian state would ensure that all constituent groups enjoy a sense of ownership and diminish separatist attitudes among Serbs and Croats, who combined make up nearly 50 percent of Bosnia’s population.

In addition, the proposed reorganization would substantially decrease the number of governmental bodies and reduce the public sector to an acceptable level. Instead of the current fourteen executive bodies and a commensurate number of legislatures (the Bosniak-Croat Federation is further subdivided into ten cantons/counties with each having its own government and parliament), there would only be five of each—one on national level, three for the ethnic entities and one for the special Brčko District. Only the judicial branch of government would experience a small increase—instead of the current three constitutional courts, there would be four.

Critics might say that these entities would function as proto-states and that their breakaway would only be a matter of time. The response to them is that in a deeply divided country like Bosnia and Herzegovina there can’t be real equality among the constituent groups without their autonomous control of territory. Certainly, individual citizens can be equal in Sarajevo, Banja Luka or Mostar regardless of their ethnicity and confession, but the three Staatsvölker of Bosnia need territory in order to achieve self-rule and organize their communal life according to their preferences. This is what political scientists call internal self-determination. Obviously, a (con)federal model in which only one of three groups was granted this right isn’t sustainable in the long run.