Boycott, Divestment, and Sanctions Doesn’t Advance the Palestinian Cause 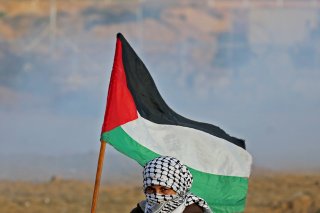 Harvard’s prestigious Crimson student newspaper recently generated a flurry of responses by wholeheartedly endorsing the Palestinian-led Boycott, Divestment, and Sanctions (BDS) movement against Israel. As the debate continues, each side gets more entrenched in the absolute moral justification of its cause, with no advancement or learning.

As an Israeli, I stand firmly against BDS for unfairly singling out Israel in a complex conflict. As a believer in the necessity of the two-state solution, I stand firmly in support of strengthening Palestinian economic opportunities, social capital, and human rights. As a researcher looking at the economic development opportunities in the Middle East, I see much better ways to advance the Palestinian cause.

If we hope to make progress towards the resolution of this conflict, we need to move away from the binary, simplistic debate of “I am good, you are bad,” and instead embrace the complexity and search for creative solutions.

Proponents of BDS want to strengthen Palestinians by weakening Israel. Yet, practically all data has shown that BDS achieves a negligible impact on Israel. For instance, the impact of BDS on Israel’s GDP, after more than a decade of intense activity, was estimated to be a decrease of only 0.004 percent.

Despite the hardships of Israeli occupation, Palestinian academia is growing, and education rates are soaring. The number of Palestinian engineers graduating per annum grew by 3,000 percent over the past three decades. Moreover, the number of Palestinian engineers per capita is three times that of the United States. This creates an opportunity for building a knowledge-based economy. Fortunately, we are seeing early signs of progress, with over one hundred Palestinian technology startups and tens of thousands of technology employees in the West Bank.

Despite this promising progress, significant gaps persist between Palestinian academic training and standards and those in the United States. Palestinian universities teach a curriculum that is one to two decades behind the requirements of today’s technology employers. They do not provide any opportunities to train at international labs, academic centers, or intern at multinational corporations.

A small number of such projects already exist. For example, MIT alumni created the MEET initiative, which leverages MIT students to train Palestinian high school students in the latest software development skills. This is an outstanding example of how such partnerships between American and Palestinian academic systems create three levels of benefits. They bring the latest curriculum to Palestinian students; provide the students with international collaboration and networking skills; and show potential employers that graduates of these programs are workforce ready by leveraging the brand reputation of premier Western universities.

One may argue that without weakening Israel, Palestinians have no chance to gain their well-deserved rights. But, a prospering Palestinian economy, networked to the global academic and technological scene, has much more leverage and visibility in any future negotiations than an isolated entity. The probability of building such strong academic partnerships is much higher than, for example, increasing the impact of BDS by a factor of 100, which would still take away from Israel’s economy no more than the output of a single business day per year.

The energy and passion on U.S. campuses toward BDS can be dramatically more valuable for the Palestinian cause if it is instead focused on pushing academic institutions toward collaboration programs with Palestinian academia.

Though not theoretically impossible, experience shows that simultaneously building bridges and burning others is quite unlikely. Focusing academic efforts on building human connections, dialogue, and learning is the most realistic way to create valuable, long-term impacts. The Palestinian engineer in Ramallah will gain dramatically more from the opportunity to study with an MIT colleague than from the negligible impact of any boycott of an international rock star performing in Israel.

Leapfrogging Palestinian academia to a cutting-edge, twenty-first-century curriculum may not solve all the problems of the Palestinians, but it will create a strong infrastructure of knowledge and strengthen the Palestinian bargaining position. Technological advancement, like knowledge, cannot be stopped at checkpoints.

The world needs creative initiatives to make progress in the Middle East. The standard binary dialogue for and against BDS that allows each side to convince itself of the merits of its own arguments is counterproductive and has led us to the current stalemate. We should set the bar higher for leading academic institutions, such as Harvard, and challenge them to deliver new, creative solutions.

Avner Halperin is a medical technology entrepreneur and a research fellow analyzing policy for technology ecosystems in the West Bank and Gaza at the Middle East Initiative of Harvard Kennedy School’s Belfer Center.

This commentary expresses the views of the author only and does not necessarily represent the views of the Middle East Initiative, Belfer Center, Harvard Kennedy School, or Harvard University.