Brazil: Is Democracy at Risk in the Tropics? 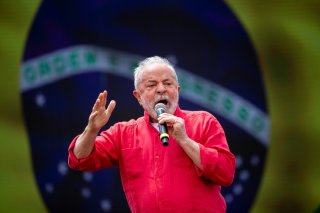 Comparisons between the January 8 assault on government buildings in Brasilia and the January 6, 2021, storming of the U.S. Capitol involve a certain amount of speculation unless one has unique insights about the inquiries conducted into the events. What is clear by now, though, is that something has been going on in Brazil, the world’s fifth-largest country by area and sixth-largest by population, which is considered to have been a democracy since its military rule ended in 1985. Recently, however, political and social developments in Brazil have led to concerns—not unlike those elsewhere in the world—about the stability of its democratic system.

Interestingly, those concerns have been voiced from both the right and the left. In the run-up to the January 1 inauguration of Luiz Inácio “Lula” da Silva to his third term as president, it was not surprising to hear supporters of his adversary, Jair Bolsonaro, claim that the situation in the country was getting out of hand. The fact that Brazilians were eager to comment and share their views could be seen as a sign of a healthy democracy. Nevertheless, public and social discourse seemed very polarized—also through amplification by contemporary media platforms—and, in some cases, drove wedges between family members and friends. While certain aspects of this state of affairs may be similar to other countries, it is useful to zoom out from the recent presidential election and look at the bigger picture of Brazil’s past and present.

In a speech to the public following his investiture in the National Congress, Lula repeatedly struck a conciliatory tone, stating that “there are no two Brazils” and that all Brazilians belong to one country. While a seasoned politician like Lula is certainly aware of the responsibilities that come with the highest public office, it is probably also his real intention to improve national consensus during his term. In democratic countries worldwide, it is not unusual to see left- and right-wing governments alternate, especially in states with presidential and/or majority-based systems. As a result, a certain bifurcation of the political landscape is not uncommon. However, Brazil, like most Latin American countries, has always been characterized by sharp socio-economic gaps, often resulting in clear divisions in the political realm.

The cleavage between the Lulistas and Bolsonaristas is indeed nothing new. During its history, Brazil has been split in similar ways—for instance, between monarquistas and republicanos in the nineteenth century and between supporters and opponents of President Getúlio Vargas after 1945.

In truth, Brazil faces a more fundamental problem: a lack of societal cohesion, as well as a clear need to strengthen a sense of shared responsibility among the public. Indeed, while most Brazilians do not appear to lack a sense of national identity, in practice, their belonging to the nation takes forms that can be as different as night and day. Access to education, jobs, and leisure, as well as health and nutrition, can be extremely different from one Brazilian to the other, impacting one’s day-to-day for a lifetime. In such a situation, it is not unsurprising that individuals are less inclined to see themselves and their actions as part of a larger society. It is not uncommon to hear Brazilians refer to the social and political situation in their country by quipping that “in Brazil, laws are Swiss, yet the population is Brazilian.” While this tendency is particularly striking in the light of the usual Brazilian amiability in interpersonal contacts, it affects political and economic powers in their decision-making, as well as people in their daily lives. Many of Brazil’s pains—corruption, violence, and ecological challenges—are linked to it.

A number of objective circumstances that provide some explanation for this situation have been mentioned above. Brazil has a very large population, which has historically been very mixed. Its geographical area is huge and as diverse as its inhabitants. However, whereas such factors may indeed increase the chance of acute socioeconomic differences, it remains a chicken-or-egg question whether these differences are responsible for the lack of shared responsibility or whether it is the absence of the latter that perpetuates the cleavages. In any case, the current situation is characterized by low intergenerational mobility, usually considered a barrier to economic development that leads to a perpetuation of the state of affairs.

Brazil’s condition is one, in all earnest, that transcends party differences. Accusations that opposing camps launch at each other might indeed tell more about the country’s underlying woes than about the competitors themselves. For instance, while it may be true that poverty rose during Bolsonaro’s term as a president, it would be incorrect to claim that there were not any swathes of the population living in destitute conditions during and after the presidencies of Lula and his heir, Dilma Rousseff. On the other hand, whereas Lula’s and Dilma’s Workers’ Party has been plagued by corruption scandals, allegations of corruption have also been brought against Bolsonaro more than once. Corruption has been a recurrent predicament in Brazil. Corruption contributed to the rise of President Getúlio Vargas in the 1920s, and it also helped bring down the military government in the 1980s. Yet the first democratically elected presidents after 1985, José Sarney and Fernando Collor de Melo, both became immensely unpopular because of the many allegations of corruption they faced.

While Brasilia’s central Ministries Esplanade was the scene of violence unleashed by an angry mob on January 8, it was filled with a gleeful atmosphere a week earlier, with the slogan “Brazil is happy again” floating over Lula’s inauguration. However, it is unlikely that all the promises Lula made in his address to the nation will be fulfilled four years from now. While the official ceremony continued on one end of the Esplanade, men were halting cars at the other end, asking for a little help to feed their children. It will be great if Brazil’s new government proves capable of considerably improving the conditions of those people. If it can do so without antagonizing the other half of the country, even better.

Dr. Alexander Loengarov is a Senior Affiliated Fellow at the Institute for International Law at the University of Leuven (KU Leuven, Belgium), as well as a former official of the European Economic and Social Committee of the European Union. He studied Brazilian and international law at the University of Brasilia and participated in the Teixeira de Freitas program at the Brazilian Federal Supreme Court. In Brussels, he coordinated the first rounds of the EU’s Erasmus Mundus External Cooperation Window scheme for academic mobility with Israeli and Palestinian institutions, and he regularly publishes analysis and opinion pieces on the Middle East, notably for the Washington Institute for Near East Policy, Israel Policy Forum, and the National Interest. His writings reflect solely his own views, and not those of the European Economic and Social Committee or the European Union, which cannot be held responsible for any use made of it.