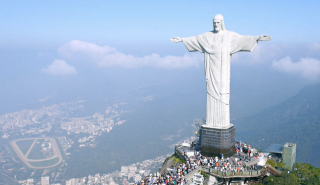 Brazil is undergoing a crisis of confidence. Latin America’s largest economy is a long distance from another debt debacle akin to the 1980s, but dark clouds cover the landscape. President Dilma Rousseff's administration is deeply troubled by a scandal at the state-owned oil company Petrobras; there are ongoing calls for her impeachment and periodic demonstrations in the street; and the economy is slipping deeper into recession.

Brazil’s real GDP for 2015 is now expected to see a contraction of a little over 2.0 percent, inflation remains high and the fiscal deficit is hovering around 6.0 percent of GDP and awaiting new spending cuts. Furthermore, according to Bloomberg, 2015's sell-off in the Brazilian stock exchange has seen $600 billion of valuation disappear and the country’s currency, the real, is one of the world’s worst performing, having depreciated over the past year nearly 40 percent against the U.S. dollar.

To top things off, on September 9, Standard & Poor's rating agency took down the country's sovereign rating from investment to noninvestment grade, an action that is likely to trim international investment flows into Latin America's largest economy. The root cause is a growing fiscal problem and what increasingly appears to be a degree of dissension over policies. The rating agency left a negative outlook for the country’s prospects, suggesting that its ratings could fall further.

There is also discussion that the two other large ratings agencies, Moody’s and Fitch, may follow suit with downgrades in the months ahead. Although the significance of credit ratings should not be overstressed, reaching investment-grade standing was seen as a validation that Latin America’s largest economy was on the march to a better future. Indeed, some have said that gaining investment-grade ratings indicated that Brazil was a “serious country.” Hence, the loss of one of three ratings is observed as a blow to the nation’s confidence.

Brazil is an important bellwether for much of the Emerging Markets, and Latin America in particular. The country remains dependent on commodity exports, which did very well during the commodities supercycle. The strong Chinese economic expansion of much of the last two decades and the related need to upgrade national infrastructure in such areas as trains, ports and roads translated into greater demand for Brazilian iron ore, steel and other commodities, including food.

Fast-paced Chinese growth now appears over and demand for Brazilian goods has plummeted. At the same time, important reforms that might have diversified the economy, added efficiencies and made state finances leaner faltered under Rousseff’s first term, which commenced in 2011.

As long as interest rates remained low and the dollar stayed weak, borrowing in U.S. dollars worked very much in Brazil’s favor. The problem is that the U.S. currency has strengthened considerably in 2015 and the real has fallen in value. For an increasing number of Brazilian companies facing a contracting economy at home and the shrinkage of demand from its largest market, China, it will be more challenging to repay dollar-denominated debt. According to Fitch, Brazilian companies now have over $60 billion in overseas bonds outstanding and every 10-percent depreciation in the real boosts the companies' debt-to-earnings ratio "by a factor of one."

While Brazil’s federal government has done much to keep its debt under control (total external debt to GDP was 25.7 percent at year-end 2014, according to the International Monetary Fund), the same cannot be said for a number of the country’s state governments. According to the central bank, the Banco do Brasil, state and municipality debt rose to close to 12 percent of Brazil’s GDP at the end of May. This was the highest in more than five years.

The state issue has been given more significance by the August default of the southernmost state of Rio Grande do Sud on a 280 million real ($80.9 million) payment to the federal government. This is the first state government default since Brazil’s municipal-debt crisis in 1997. In Rio Grande do Sul, expenses are a problem. As Bloomberg’s Filipe Pacheco noted (August 21, 2015): “The state has already spent 26.8 million reais this year, more than any full year between 2004 and 2009. About a quarter of the outlays went to pay retired public employees.”

The expectation is that the state government debt situation is going to get worse due to the recession and to a much more challenging environment for the federal government and a reduced ability to help state and local governments with their finances.

Complicating the economic policy-making environment is Brazil's messy politics. President Rousseff’s administration is decidedly tainted by the Petrobras scandal. Although the president has been cleared of any wrongdoing, many of her party’s top people are under investigation. In September, it came to light that the federal police suspected that her mentor, former president Luiz Inacio Lula da Silva (2003-2011) might have benefited from the Petrobras kickback scheme.

Public opinion has strongly run against her, and calls for her impeachment have been persistent. Investigative probes into Congress have also contributed to factionalizing the legislative body, making passing any new legislation difficult.

President Rousseff had entrusted economic policy to highly regarded Finance Minister Joaquim Levy, who in January vowed to reverse a long-running government policy of using government-bank largesse to stimulate growth. However, Levy’s position was hurt by an about-face in policy in August, when two state-owned banks, Banco do Brasil and Caixa Economica Federal, announced that they will provide as much as 14 billion reais ($4 billion) in loans to car and auto-parts makers. The Brazilian auto industry accounts for 5 percent of GDP (2013) and has been hard hit by the economic slump. Car sales sank 20 percent in the first seven months of 2015 compared with a year ago.

The policy shift came before the Standard & Poor’s downgrade. It undermined Levy’s position as Finance Minister, eroded investor confidence in the Rousseff government’s credibility and left major questions over future policy direction and its consistency. It also indicates that the statist approach to economic problems remains deeply ingrained in the government, especially in the center-left PT.

Following the Standard & Poor’s downgrade, the administration is now trying to move back towards greater austerity, announcing a $17 billion mix of budget cuts and tax increases aimed at stopping further credit ratings from falling and shoring up the government's fiscal position. The big question is will Rousseff be able to get the new measures, some of them unpopular cuts in health and low-cost-housing programs, through Congress, considering her weakened political position?

Brazil is not the next Puerto Rico, which defaulted on its public debt this year. Yes, Latin America's largest economy has significant problems, but public debt remains relatively low and manageable. Foreign exchange reserves are comfortable (in excess of $300 billion) and the country maintains access to international capital markets, though conditions are less favorable than before. The country's central bank has a well-respected team and Levy still commands respect. Moreover, the Standard & Poor's downgrade appears to have strengthened his position.

The critical issue for Brazil going forward is one of political leadership. The combination of exposed corruption, a citizenry not willing to swallow bad behavior from its public servants and an indecisive president have left the political landscape shaped by a more demanding public, a dissatisfied yet more articulate middle class and a legal system seeking to give the rule of law real meaning. Opinion polls show Rousseff as the most unpopular president since the end of military rule in 1985. For a growing number of Brazilians, she needs to step up or step down. Brazil is suffering a crisis of confidence, but it can be halted. For a country hosting the 2016 summer Olympics, the image of Brazil should be one of hope and glory, not malaise and dashed dreams.