Brazil's Trade War Is a Warning to America 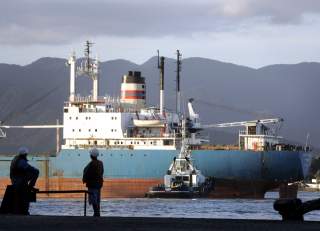 A potential trade deal between Brazilian President Jair Bolsonaro and President Trump is one of the topics scheduled to be discussed today during Bolsonaro’s first visit to the White House. During the World Economic Forum in Davos earlier this year, Bolsonaro stressed that “Brazil’s economy is still relatively closed to foreign trade.” He also stated that promoting economic growth by liberalizing trade is one of his administration’s priorities.

Both countries have a lot to gain from a free trade deal. Although it won’t be easy, this is an ideal opportunity for Brazil to reverse its long history of protectionism. The Americas’ second-most populous nation has the potential to become an economic powerhouse, but trade restrictions have protected a handful of producers while hurting everyone else. President Trump, meanwhile, could learn much from Brazil’s change of course and the reasons behind it.

Brazil is considered “mostly unfree” according to the Heritage Foundation’s Index of Economic Freedom. Out of 180 ranked countries, Brazil comes in at 150th in 2019. It occupies the same quintile as Afghanistan, Burma and Iran.

In terms of international trade, Brazil has an average applied tariff rate of 8.59 percent on imports, much higher than the world average of 2.59 percent. Its highest bound tariff rates are on agricultural and industrial products. Those rates sit at about 55 and 35 percent, and they stifle economic competition and prompt producers to raise prices accordingly. Brazilian consumers shelled out the equivalent of an extra (and unnecessary) $35.13 billion in 2015.

Protectionist measures, such as tariffs and quotas, partially explain why buying an iPhone X in Brazil costs more than flying from Rio de Janeiro to Miami, purchasing the phone there, and then flying back to Brazil.

Protectionism also negatively affects many producers, both domestic and foreign. The Brazilian government frequently adjusts tariff rates “to protect domestic industry from import competition and to manage prices and supply,” creating an environment for producers that is both bureaucratic and unpredictable.

Second, less foreign competition suppresses domestic innovation, which in turn lowers the incentives for leading domestic firms to take their products abroad. As Brazilian firms become less competitive in the global market, they become more dependent for their survival on protectionist measures. In fact, a reduction in Brazil’s trade barriers “would increase its integration into the world economy” by expanding production and jobs in the manufacturing sector, increasing economic efficiency, lowering prices, and boosting international competitiveness, according to the Organization for Economic Co-operation and Development.

It’s likely no coincidence that Norway—with a mere 2.5 percent of Brazil’s population—had roughly the same number of exporting companies (just under twenty thousand) in 2013. Norway’s market is mostly open, with “more than 95 percent of industrial tariff lines [being] currently duty free,” according to the United States Trade Representative. Norway’s average applied tariff rate is only 3.4 percent.

Reversing protectionist policies is politically difficult, however, and Bolsonaro is already facing pressure from special-interest groups that do not want to lose the special status they’ve enjoyed under previous governments.

One recent example is the Brazilian dairy industry. Since 2001, Brazilian consumers have faced 14.8 percent and 3.9 percent tariffs on European and New Zealand milk. Citing a lack of evidence to support the tariff, the Ministry of the Economy took steps to extinguish it. But local milk producers balked, and the president succumbed to the pressure.

In order to reimplement the tariffs without violating World Trade Organization rules, Brazilian officials had to find a loophole. They first considered raising the South American trade bloc Mercosur’s Common External Tariff from 28 percent to 42.8 percent to maintain Brazil’s previous tariff levels. However, negotiating higher tariffs with the bloc’s other members has proved difficult. Now, Brazil is considering reimposing the tariffs as a form of retaliation against the EU’s latest duties on steel, which is permitted under WTO rules.

So, despite some small steps in the right direction, Brazil’s international trade policies remain firmly rooted in the misguided idea that national industries should be protected from foreign competition. Yet protectionism has not stimulated growth, boosted exports, benefited consumers, nor created good jobs. Brazil’s sad experience should teach President Trump and other Americans that protectionism will not lead to prosperity in the United States, either.

Donald J. Boudreaux is a senior fellow with the Mercatus Center and a professor of economics at George Mason University.

Hane Crevelari, a native of Brazil, is a Mercatus MA fellow.