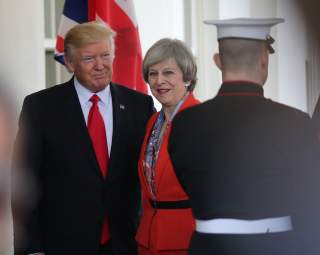 Relations between Obama and Cameron did not improve much. The Brexit referendum in June 2016 and the election of president Donald Trump in November of that same year saw the end of their administrations and also the end of the world they both knew. As much as Obama and Cameron differed in the best course of action when responding to crises, they both shared the vision that their predecessors had and openly sought policies that promoted democratic values and globalized trade. Their legacies will be saturated with the failure to bring peace to the Middle East, unpopular economic policies that stirred populist sentiment, a divided Europe in wake of the Brexit referendum, the growing scarcity of jobs available for the working and middle classes, and ultimately the end of the Atlantic Charter establishment as we knew it.

Where does that leave the special relationship today? To start off, neither the Atlantic Charter nor any of its post–1941 evolutions appear to be the guiding principle for today’s Anglo-American special relationship. President Trump and Prime Minister May share a vision of the world that departs from the neoliberal policies of their predecessors and focuses more on protecting jobs at home and the public from terrorism. Both leaders are suspicious of twenty-first century globalization, and they hope to challenge this trend by implementing policies that reflect the interests of the nationalist and populist sectors.

Economically, Trump and May have already begun pursuing such policies, with the former having withdrawn the United States from the Trans-Pacific Partnership and renegotiating the U.S. position in the North American Free Trade Agreement, and the latter having activated Article 50 in March of this year. We will most likely see a general shift in preference towards bilateral free-trade agreements and away from multilateral ones. This will allow them to pick and choose which nations they would like to trade freely with and also provide more leverage in negotiating trade terms. Both leaders, however, may find it difficult to maintain such policies. May’s weakened position following the 2017 general election and the creation of a coalition government with the Democratic Unionist Party may pressure her to compromise on the “hard Brexit” that she originally sought, potentially leaving the border between Northern Ireland and the Republic of Ireland as an EU-style free-trade zone. Should this happen, an ideal response would be for both nations to prioritize a U.S.-UK free trade deal. This has already been put on the table, as both leaders have expressed great interest during the recent G20 Summit in Hamburg. Such a deal could potentially open up new bilateral deals with other nations worldwide, with an emphasis on the Commonwealth of Nations, such as Canada, Australia and New Zealand, as well as with wealthy developing economies throughout Latin America, Asia and Africa.

Common enemies and threats have kept Britain and the United States together for decades. Today’s leaders agree that global terrorism is a major threat that has to be dealt with. Trump and May have pledged to continue the War on Terror in response to the recent terror attacks that hit Britain. Although Trump himself did not explicitly endorse NATO initially, he has since backtracked from his previous remarks during the joint press conference with the Romanian president in June, ensuring that the United States will continue to be a major player in military global affairs. Even before changing his opinion, Trump has demonstrated his willingness to use force after his decision to strike a Syrian airbase in April of this year. While May has promised to increase defense spending, she has a long way to build up her credibility due to the major defense cuts she oversaw as Home Secretary under Cameron’s administration. Considering both nations have shaky relations with the EU, they may have little choice than to rely more on members of the Five Eyes intelligence pact for information, binding the major English-speaking nations closer than ever before.

Trump and May appear to have started off well in a long-term partnership, given that they are both struggling to deal with domestic problems and shaky international reputations. Their suspicions of modern globalization, in particular towards free trade and immigration, will cement their personal bond. But that does not mean they will entirely escape the looming possibility that their shared vision of a post–Atlantic Charter era may follow up with disagreements. Disputes regarding intelligence sharing after the Manchester attacks in May of this year have opened up potential weak spots in the struggle against terrorism, and the pursuit of bilateral trade agreements may not be enough to sustain economic growth in the long run. Trump and May’s vision to roll back post-war Atlantic Charter ideals may become compromised should their execution strategies conflict with one another.

For the moment however, the current leaders of the Anglo-American partners seem content with one another and will put their differences aside to tackle bigger problems that lie ahead. May’s stiff manner may clash with Trump’s blunt character, but their common interests and the threats they face will more than overcome the obstacles in developing a resurgent special relationship. Their desire to create new economic models, fight global terrorism, and promote democratic values without excessive military intervention will ensure the transatlantic alliance does not falter. If Trump and May are serious about transforming the world, then perhaps it is time for them to fully understand the significance of the special relationship and to realize the potential impacts they could have on a global scale.

Henrik Choy was a research intern at the Center for the National Interest. He is pursuing his Bachelor's in International Relations and History at Boston University. He specializes in Foreign Policy and Security Studies in Europe.