Brexit Deal: Will it Make the UK Stronger? 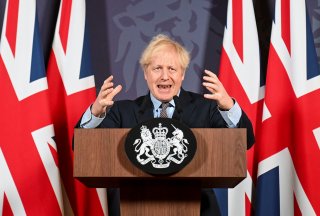 Brexit is a done deal. Here are six points that must be noted.

Britain’s future relations with the EU are defined by the free trade agreement (FTA) concluded on Christmas Eve.

It covers trade in goods, but not services. This asymmetry benefits the EU. It gets tariff-free access to the British market for manufactured goods, where it has a trade surplus of £97 billion. The service sector, contributing 80 percent of Britain’s GDP with a share of total exports to the EU at 42 percent and generating a British surplus of £18 billion, is left in the doldrums.

The City of London will no longer be able to offer its services to EU member states. The move of staff to European cities will continue and probably accelerate, albeit the exact size is difficult to gauge. The challenge to the City of London from cities like New York and Singapore may be more threatening. Why keep big offices in London with no access to the EU?

The British claim of getting free access for goods to the EU market is not exactly right. Yes, tariffs and quantitative restrictions are out, but a free trade agreement does not do away with a whole string of checks when goods cross the border. British exporters still face administrative barriers such as customs clearance, product standards, and red tape, which taken together could amount to 4–8 percent of the value of the goods traded. It may be higher for selected goods in particular from agriculture and similar sectors with a focus on health and safety.

One major argument for Brexit was the freedom to enter into FTAs with non-EU countries around the world without constraints and limitations. That is true—up to a point.

Tariff free access requires a minimum of intermediate goods/components from Britain. Rules of origin are set up to ensure this, embedding red tape, but more importantly, a high risk that manufacturers in Britain, plugged into the global supply chain, must retool production lines to achieve the target of domestic content. Furthermore, in the future manufacturers may not be able to switch suppliers as it might upset the balance between British and non-British components. In the long run, such a constraint might prove costly.

The commitment to maintain a level playing field with EU standards implies that free trade deals cannot allow goods to be imported into Britain if that deteriorates standards.

The most obvious illustration is the EU ban on chlorinated chickens and hormone-fed beef, preventing the U.S. from selling to Europe, which it dearly wants to do. Negotiating a free trade agreement, Britain will face American negotiators asking for this ban to be removed. That will not only pose a problem for the British government vis-a-vis consumers, but the risk that EU erect barriers for British farmers and food companies.

It is not clear how much Britain will benefit from FTAs with non-EU countries. Britain’s comparative advantage lies in the service sector with a surplus at £83 billion and a deficit in goods of £34 billion. As was the case with the EU agreement, non-EU countries may desist to open their service sector, making it difficult to spot major opportunities for Britain.

The Conservative Party stands for a free market model with a low regulatory system (the environment and working conditions) closer to the American attitude than the European one that tilts towards a social welfare model. History will one day tell that the British membership was an attempt to see whether these two models could be reconciled. The answer was that they couldn’t.

Not surprisingly, the EU has been adamant to insert paragraphs in the Brexit-agreement preventing Britain from social dumping to enhance competitiveness through lower standards. The EU’s “safety clause” is a mutual commitment not to lower existing standards and a mechanism to achieve the same for future standards. In case of significant divergences that impact trade patterns, measures to rectify the distortion of comparative advantages can be introduced.

This point may in due course turn into a contentious issue that will sour Britain-EU relationship. A strong argument for Brexit was precisely that Britain could set its own standards. In theory, Britain can do so, but the agreement—at least in the eyes of the EU—prevents a tangible difference from arising. It will be a hard one to swallow for Brexiteers who may say “why did we leave the EU and then commit ourselves to apply EU standards without any influence on how they are set—be rule taker instead of rule maker?”

Both Scotland and Northern Ireland voted to remain in the Brexit referendum (2016) with 62 percent respectively 56 percent.

Scotland looks to Europe and in particular Northern Europe with social welfare societies instead of the Conservative Party’s courtship of the free market. The dissatisfaction of being together with the predominantly conservative England opened the door first for devolution (1999), then a referendum about independence (2014) with 55.30 percent opting for staying as a member of the United Kingdom of Great Britain and Northern Ireland.

Brexit has exacerbated the tendency to turn an otherwise smooth relationship into an adversarial one. The Scots are not amused that the English drag them away from the rest of Europe and even worse into a socio-economic model they resent. The Conservative government in London has not helped itself to keep the realm together. November 2020, Boris Johnson allegedly told a virtual meeting of Conservative MPs ‘that devolution had been a disaster north of the border’ forcing the leader of the Conservatives in Scotland to openly deny and contradict the Prime Minister. An opinion poll found that most members of the Conservative Party would be happy for Scotland to become independent if that meant delivering Brexit.

Scotland’s First Minister, Nicola Sturgeon heading the Scottish Nationalist Party (SNP), reacted to the Brexit agreement saying it was time for Scotland to be “an independent, European nation.” It is more likely than not that Scotland succeeds in getting a second referendum and this time gives the green light for independence. The latest opinion poll reveals support for independence running at 58 percent.

For a long time, Northern Ireland’s status as part of the UK was underpinned by a majority of Protestants plus higher income per capita compared to Ireland. Both these factors are now changing. Analysts predict that at the next census due in 2021, Catholics will outnumber Protestants. Income per capita is now 2.5 times higher in Ireland than north of the border. Based on history and what has been seen over the last fifty years, it is difficult to project a trajectory, but not so difficult to predict that the end can only be a unification.

A special point is the British nuclear deterrent, which more or less “legitimizes” its role as a permanent member of the U.N Security Council. The base, Faslane, is in Scotland! Some kind of agreement may be negotiated between England and Scotland, but SNP is known for its opposition to nuclear weapons so it cannot be taken for granted. Even if an agreement is struck, it will certainly make the deterrence less credible and force England into acrimonious considerations of whether to build a new base, extremely costly, or give up its nuclear deterrent. It is already a heavy burden on the defense budget with the four nuclear submarines to be replaced from 2032. The official cost estimate is £30.1 billion, but some unofficial estimates point to a sum five times higher. It will be one more thorn in the flesh of the Scots if continued membership of the UK compels them to contribute to an extremely costly program they don’t like. If Scotland secedes and forces England out of Faslane, the cost of maintaining England’s nuclear deterrence may soar beyond imagination.

6. Britain’s role in the world.

Globally, Brexit will catapult England into an uncertain role vis-a-vis the EU, Scotland having seceded and Northern Ireland on its way to unite with Ireland. Wales will probably stay, but may ask for a higher degree of devolution. England will look for a closer relationship with the USA, but soon discover that an amputated Britain is less attractive than Brexiteers imagined. EU membership gave Britain leverage that cannot be replaced. The same message will come back from the Commonwealth. Many countries will be ready and willing to negotiate trade agreements, but know that England outside the EU needs such agreements more than they do and put the foot on the brake when England looks for liberalization of trade in services.