Is Brexit an Economic Death Knell? 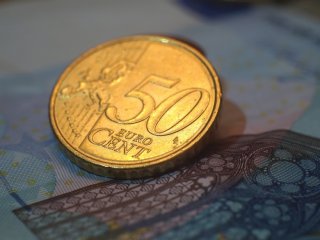 “Cannon to right of them,

Cannon to left of them,

Cannon in front of them

Storm’d at with shot and shell,

Boldly they rode and well,

Into the jaws of Death,

Into the mouth of Hell

Tennyson’s poem harkens back to Britain’s cavalry charge of October 1854, a year into the Crimean War. The result of misinformation, it was as poignant as it was senseless; they rode back, too, but not the six hundred.

Central Europeans have a saying that “Britain is always ready for war, but always for the last one.” The Crimean war was a British victory. 160 years later, the island nation is teetering on the verge of leaving the common European project. Brexit’s charm offensive might be frightfully patriotic—it may even turn out to be an economic success—but don’t expect the six hundred to ride back unscathed. Based on a dearth of factual evidence in its support, Brexit should either be avoided altogether or be offset by broad-based unilateral liberalization, lest it leave the British economy badly dented. While any such liberalization looks unlikely, Britain’s future is better served inside Europe.

The European Union is the United Kingdom’s largest trade partner. Around 45 percent of UK exports are destined for EU markets, compared with about 6 percent of goods exports bound for Britain from EU shores, a trade flow associated with some 3.3 million British jobs. Similarly, Britain depends on the EU for a little over half of its imports, while only 4 percent of the EU’s imports originated in Britain in 2014. These data suggest that the economic stakes of a Brexit are extraordinarily high, and that the EU would have much greater leverage over the terms of any divorce.

Let’s suppose for a moment what would happen if (1) Britain votes to withdraw from the EU and (2) the government subsequently notifies the European Council of its intention to do so. The divorce proceedings would be set in motion, and the denouement either reached with the Council or automatically come into effect two years after notification, unless both parties agree otherwise. Let’s furthermore suppose that the begrudged EU-27 feels beneficent enough to indeed negotiate a free trade deal or a similar arrangement with the new, superbly sovereign, Britain instead of slapping most favored nation (MFN) tariff on imports coming from Britain. Granted, EU MFN tariffs averaged just 4 percent in 2014, but in absolute terms that makes a difference.

Brexiteers usually give Switzerland and Norway as examples of how to stay attractively single and yet tap into the benefits of the half-billion-strong single market. They also say that the fruits of independence would be derived from scrapping EU red tape and declaring unilateral liberalization, whereby all tariff barriers are lifted with no meddling by Brussels or the need to contribute towards its budget. This is a mixed bag of wishful thinking, with a soupçon of truth. It is true, for example, that byzantine bureaucracy is one of the factors stifling growth, and it’s certainly correct to assume that unilaterally abolishing all tariffs would be conducive to economic growth. (In fact, this may be the only scenario in which a Leave vote is likely to generate long-term growth in excess of what is currently estimated for Britain as part of the bloc.) However, both Switzerland and Norway pay into the EU budget, and the Swiss have no agreement to cover the provision of cross-border financial services. Seeing that services account for about 80 percent of the UK economy, this may not be a great deal to have. Then again, much of the EU’s services-trade surplus is on account of Britain, so it’s theoretically conceivable that an arrangement could be made that would go above and beyond either of the two models.

Fantastic, there we have it: a newly liberated Britain with an EU FTA/PTA in its pocket that probably still has to shell out billions of pounds a year to avail itself of the best of both worlds—but it’s well worth it. Now, all that’s left is to do away with the tariff and, ideally, also nontariff barriers. (Remember, irrespective of a negotiated settlement with the EU, the only way Britain is better off after a Brexit is if it pursues a vigorous policy of unilateral trade liberalization.)

Who’s going to do it? Some speculate that Cameron goes out the window no matter the outcome. If it’s “Leave”, the Labour Party, most of whose supporters oppose isolationism, will have more ammunition to win the next election. In which case, of course, you would have the current hammer-and-sickle-brandishing party leader Jeremy Corbyn (think Bernie Sanders and exponentiate) at the helm. You do the math. Meanwhile, the Treasury estimates that over fifteen years an exit would cause the economy to lop 6.2 percent, shaving £4,300 ($6,200) off the annual household income. Proponents of a Leave vote purport that modeling the economic impact of such complex matters over a decade out is stretching credulity. They’re right; but so is saying that it’ll be a resounding success.

In the meantime, George Osborne, the chancellor of the exchequer, fired a second salvo saying that in the short term, Brexit’s likely effects on the economy are either “shock” or “severe shock.” The former slashing output 3.6 percent, raising unemployment by 520,000, depreciating sterling by 12 percent and pushing up inflation by 2.3 percentage points—and the latter cutting GDP by 6 percent, pushing up unemployment by 820,000, devaluing the pound by 15 percent and lifting inflation by 2.7 percent. All that, a year after an exit. Asset prices would also be affected, possibly pricking London’s housing-market bubble, or at least suppressing property values for quite some time.

Everything is related to everything else. What this shows is that while there are good points to be made on both sides of the argument, in the world of the Euroskeptic, one has to be spectacularly optimistic to make it through the day. A happy end is theoretically possible but requires a precariously opportune lineup of all the good stars imaginable. Brexiteers do make some good points. Britain, it is true, has historically shown unparalleled savoir-faire, ingeniousness and entrepreneurship, which continue to be its defining features. But it is much better to have British exceptionalism lead the way toward a more prosperous Britain inside a strong union, than to lead a senseless charge for a buccaneering new England that is exceedingly unlikely to materialize. Unless the Leave campaigns can come up with more economically convincing arguments, their manifesto stands lopsided on vaporous standards of evidence. Or evidence-light. Cannon to right of them, cannon to left of them, cannon in front of them.

Andrej Arpas works as a researcher at a Washington-based think tank. He was formerly an analyst intern with the Slovak labor ministry, which he joined after studying at the University of Manchester’s school of law.