Brexit Is a Mixed Bag for Russia 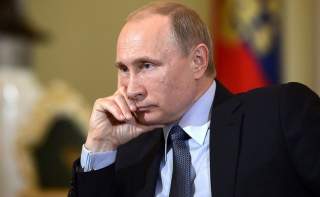 If Brexit is a loss for the West, it must be a win for Russia, right? Western commentators, including Prime Minister David Cameron, have said as much, engaging in the very zero-sum thinking of which they routinely accuse the Kremlin. Is it really that simple?

To be sure, it takes little effort to find Russian politicians gloating over the results, and Russia’s propaganda machine had promoted Brexit. But right after the vote Russian president Putin offered a sober assessment, aware that the consequences for Russia will be mixed. His remarks were not an exercise in Soviet-styled maskirovka, or deception to disorient a foe, but a reflection of the challenges, economic and geopolitical, that Russia now faces.

Economically, Brexit could not have come at a more inopportune time. Mired in a recession for more than a year, Russia was just beginning to show signs of stabilization. The Kremlin was cautiously optimistic that growth would return later this year. That is now jeopardized by deepening turbulence in Europe, which despite Putin’s pivot to Asia remains Russia’s most important commercial partner by far—in 2015, the European Union accounted for 45 percent of Russia’s foreign trade, and Europe as a whole for well over half. Downward pressure on oil prices, and by extension the ruble, does not augur well for a country still excessively dependent on oil revenue to fill national coffers, while fighting inflation. Near-term market volatility only makes matters worse.

It is hard to see an economic upside. It may be true that Brexit will eventually erode support for continuing tough EU sanctions against Russia over Ukraine, but right after the vote, the EU extended them for another six months. Even if they are eased, if not entirely lifted, at the end of the year, that will hardly resolve Russia’s economic predicament. With or without sanctions, European commercial interest in Russia has been waning, and no one will see it as a haven at a time of mounting economic anxieties.

Geopolitically, the situation is more promising, but not without pitfalls. The Kremlin has no interest in the political consolidation of a united Europe, which would dwarf Russia in power potential much as the United States does today. It has vigorously exploited the fissures in Europe—over terror and migration, fiscal and energy policy, and national identity. It has openly supported anti-EU forces on the right and the left, including Marine Le Pen’s National Front. Brexit will only present further opportunities as the details are negotiated.

Brexit could also accelerate the easing of Russia’s isolation and reduce tension along its borders, as it distracts NATO from focusing on Russia and deflates Ukraine’s European dream. The NATO summit in Warsaw this week will likely focus as much on the implications of Brexit for the cohesion of the alliance as on the strategy for dealing with Russia. Calls to accommodate Russian interests in Ukraine will multiply, although Russia could find itself shackled with the costs of repairing Ukraine’s economy as Europeans abandon Kiev to deal with more pressing problems.

But the Kremlin must tread cautiously. It has no interest in the unraveling of Europe, which Brexit could portend. What the Kremlin seeks is a less unified Europe that would privilege bilateral ties with key countries, especially Germany, over relations with Brussels, thereby giving Russia a greater voice in continental affairs. Such a Europe would also be more likely to respect at least implicitly a Russian sphere of interest in the former Soviet space. Few capitals would have much time for the Eastern Partnership with Ukraine, Georgia, Moldova and others. But Russia also wants a Europe strong and united enough to act as a commercial and geopolitical counterweight to China in Eurasia and, in the best of all possible Kremlin worlds, to the United States on global issues. The Kremlin will have to take care not to overplay its hand.

Finally, in the run-up to its own parliamentary elections in September, the Kremlin can hardly welcome another manifestation of successful popular revolt against the ruling elite through the ballot box. Appearances to the contrary notwithstanding, the Kremlin is far from confident of the loyalty of the people, especially during a period of severe economic hardship, and it is always anxious when it has to mobilize them for political purposes, such as elections. It much prefers popular apathy, but its legitimacy requires a respectable turnout and strong vote for pro-Kremlin candidates. Putin had hoped that he could give the upcoming Duma elections more of a democratic veneer than the last ones in 2011, for external and internal purposes. Now he will want to reconsider.

In short, Brexit probably does not have Putin rubbing his hands with glee—or wringing them in anguish. Like leaders elsewhere, he undoubtedly realizes that his world has just become a bit more complicated and unpredictable. Opportunities and challenges abound, but getting the policy response right has grown no easier.