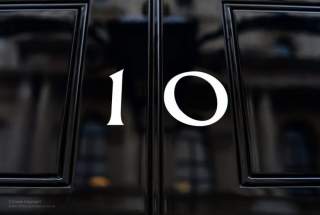 One could be forgiven for thinking that if Britain decides to leave the European Union on June 23, a whole host of horrible things will happen, including an economic meltdown, the collapse of the British National Health Service and a steep increase in unemployment across Britain (with Prime Minister David Cameron among those looking for a new job). Perhaps the most bizarre claim was made by Donald Tusk, current president of the European Council, who argued how a Brexit would mark nothing less than “the beginning of the destruction of western political civilization in its entirety.” Whatever the domestic impact of an exit for Britain, it is highly improbable that Tusk’s prophecy will come true. Indeed, it should be recalled that, despite some early setbacks (and a considerable degree of economic and political success), the European project had been in existence for twenty years before mildly Eurosceptic Britain finally boarded the European boat in 1973. Ironically, it was the post-membership years when harmony between the original EEC six was shattered, and a sense of hostility between London and its partners across the English Channel took hold of the integration process. But this was no ordinary lovers’ quarrel; the entirety of the past forty years of UK-EU relations is a turbulent narrative. Adopting a longue durée perspective, it is worth asking whether it is finally time to end Europe’s unhappiest political marriage? With British public opinion increasingly inclined to leave the EU, it is even more important to frame the question of Britain's relationship with Europe in realistic terms, however difficult that may be to accept.

On mature reflection a strong case can be made for divorce. Unhappy couples simply do not stay together. Even before membership, there was very little love lost between London and those attempting to forge an “ever-closer union” in the post-1945 period. Since the end of the Second World War, British relations with Europe have been troubled, and even Britain’s accession to what was then the EEC was poisoned with original sin. Denied membership to the EEC twice during the 1960s by the recalcitrance of French president Charles de Gaulle, Britain finally gained membership in 1973 after months of protracted negotiations between pro-European Conservative Prime Minister Edward Heath and de Gaulle's successor, Georges Pompidou. But almost immediately after British accession, cracks appeared in that relationship. Indeed, if Cameron's latest strategy has a sense of déjà vu, it is because it comes almost directly out of the political playbook of former Labour Prime Minister  Harold Wilson. Just one year after Heath secured membership, Wilson made the renegotiation of British membership the centerpiece of Labour's 1974 election manifesto and promised, if elected, to hold a referendum on whether Britain would remain in the Community. Wilson’s party, like the Tories in more recent decades, remained hopelessly split on the Europe question, and seven of Wilson's cabinet colleagues openly pushed for a Brexit. Although Britain's original nationwide referendum on EEC membership ended with a comfortable “yes” vote in June 1975, it came only after Wilson negotiated generous additional monetary payments from Brussels through the Community’s regional policy. So while Britain avoided an annulment of its recent new partnership with Europe and Home Secretary Roy Jenkins claimed that the result “puts the uncertainty behind us”, his words rang hollow even at the time.

Britain’s relationship with its European partners deteriorated further when Margaret Thatcher entered Number 10 Downing Street in 1979. Thatcher was determined to confront what she viewed as the excesses associated with Britain’s annual contribution to the Community’s budget and EEC spending. After years of bickering with other European leaders, including German chancellor Helmut Kohl and French president François Mitterrand, Britain secured a permanent budgetary rebate at the 1984 European Council summit. Nonetheless, Thatcher continued to clash with European Commission President Jacques Delors throughout the 1980s over his attempts to advance European integration at the expense of national sovereignty. Fears from within even Tory ranks that Thatcher had overreached with her famous “No, No, No” speech to Europe contributed significantly to her downfall in 1990, though her successor John Major had an equally troubled relationship with Europe, especially after the Maastricht Treaty entered into force in 1993.

With recent, raw memories of the painful 1992 “Black Wednesday” sterling crisis that led to British withdrawal from the European Exchange Rate Mechanism, Major had little appetite for further economic and monetary union, and the increasingly Eurosceptic Tory backbenches had even less. So when Tony Blair swept to power later that decade, it was no surprise that then-chancellor Gordon Brown ratified Major's original decision, establishing five “tests” in order to give up the British pound—tests that almost certainly would not be met. Brown betrayed his diffidence regarding the single currency with his first major policy as chancellor—delivering monetary independence to the Bank of England, a move that telegraphed that he did not foresee Britain transferring UK monetary policy to the European Central Bank anytime soon.  The two-tier Europe that was already emerging in the 1990s became an enshrined reality by the early 2000s, by which time Britain had not only opted out of Eurozone membership and scoffed at a unified European foreign policy, but had also rejected the Schengen Agreement on the removal of border controls with the rest of the European Union.

Having spent decades with Britain labeled as the “reluctant European”, British ministers sat uncomfortably around the EU table as an increasing number of decisions have been taken by qualified majority voting, leaving British diplomats with less leverage in Brussels than ever. When Cameron vetoed the amendment of existing EU treaties to tighten the largely toothless revision of the Stability and Growth Pact that German chancellor Angela Merkel championed at the end of 2011, Merkel affected an end-run by negotiating a “fiscal compact” that every other EU member signed, except Britain and the Czech Republic. Though Cameron's move marked the first time that Britain vetoed a European treaty outright, it hardly felt like a watershed moment in British-EU relations. Instead, it was just another example of the increasingly familiar British opt out. Deeper political, fiscal and banking integration, even in an effort to save the Euro and forestall a financial crisis that could leave Britain in an even deeper recession, was always going to spook Cameron’s Tory backbenchers. After having avoided the straitjacket of a one-size-fits-all monetary policy, no British prime minister could reasonably renounce sovereignty over fiscal policy as well.

It is not unfair to ask if Britain has not been “leaving” Europe in slow motion all along: limited initial British appetite for a federal Europe. Wilson's 1975 referendum feint. Thatcher's budget rebate. Major's refusal to sign up to the Schengen Area. Brown's convoluted rejection of the Euro.  Blair's rupture over the U.S. invasion of Iraq (and an EU-wide foreign policy). And Cameron's veto of the EU’s fiscal compact.

With Britain having asserted London’s right to opt out time and again from new European measures, it is not clear whether a formal rejection of EU membership next week is even necessary to continue what has already become a steady crawl toward further separation. Divorces can be such tragedies, yet (to borrow a line from Monica Bellucci) at the same time, if people stay together it can be even worse. A second irony is this: even if Boris Johnson and the Leave campaign win this week and renounce membership, they will end up negotiating with the EU for access to the single market and by extension, accept many of the rules and regulations they currently abhor.

Dr. Michael J. Geary is Assistant Professor of European Studies at Maastricht University, the Netherlands and Global Fellow at the Woodrow Wilson International Center for Scholars, Washington, D.C.  Kevin A. Lees is founder and editor of foreign policy blog, Suffragio.