Brexit Was Decades In the Making 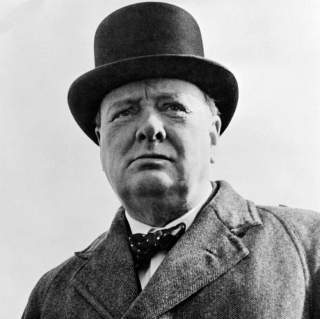 “My first guiding principle is this: willing and active cooperation between independent sovereign states is the best way to build a successful European Community. To try to suppress nationhood and concentrate power at the center of a European conglomerate would be highly damaging and would jeopardize the objectives we seek to achieve . . . We have not successfully rolled back the frontiers of the state in Britain, only to see them reimposed at a European level with a European super-state exercising a new dominance from Brussels.”

Over a decade prior to Thatcher’s speech and a few years after the collapse of the Bretton Woods system, EEC countries established the European Monetary System (EMS) in an initiative to bind their currencies and stabilize exchange rates. A weighted basket of European currencies called the European Exchange Rate Mechanism (ERM) was used to determine exchange rates and restrict fluctuations within fixed margins.

The UK, however, opted out of ERM and did not join until 1990—albeit only briefly. That year exchange controls were abolished and capital movements fully liberalized. But the pound quickly came under strong pressure from foreign exchange investors like George Soros and the UK withdrew from ERM two years later. The Bank of England spent over 6 billion pounds to keep the currency within the mandated exchange rate margins during this period.

In 1992, the EEC became the EU when the Maastricht Treaty was adopted. This treaty for the first time established Common Foreign and Security Policy (CFSP) and Justice and Home Affairs (JHA) integration pillars. It also generated the Maastricht convergence criteria for member states to enter the third and final stage of Economic and Monetary Union (EMU)—that is, adoption of the common euro currency. Still in deep recession and having recently been forced out of ERM, the UK opted out of EMU and JHA. Five years later London also definitively opted to remain outside the Schengen zone area when the common travel area was made part of the Amsterdam Treaty.

Since then, the UK’s positions on many issues—from the CFSP to regulatory questions—have often diverged from most if not all other EU member states. Its relations with the EU and attitudes toward European integration have at no time been characterized by unqualified enthusiasm. The uniqueness of these attitudes is derived from the UK’s unique history and its own form of British exceptionalism.

Unlike the French and Germans who genuinely believed in the merits of the European project the majority of Brits never did. The decision to apply to the EEC and join in 1973 was a wholly pragmatic decision devoid of ideology. And the decision to leave the EU is no different. It is true that existing challenges in the EU—migration, terrorism and democratic deficits—all shaped this pragmatism and its conclusions, ultimately leading a majority of the British people to favor Brexit. But so too did the events of the 1960s and 1970s that led Brits to support membership at a time when EEC economies were growing rapidly while the UK was seen as the sick man of Europe.

These roles are in essence reversed today. And having no strong ideological belief in European integration the UK made a pragmatic choice to separate itself from a community to which is has never truly belonged. Brexit should not doom the European project, which together with NATO has kept peace for over seventy years on one of the most violent continents in human history.

In the wake of Brexit, the UK will soon join the United States as a country that is not a participant in the project but nonetheless has a core interest in its success. Both must now work with the EU to ensure this success.

Daniel P. Vajdich is a Senior Fellow at the Atlantic Council and former lead staffer for Europe and Eurasia on the Senate Foreign Relations Committee.