Brexit Is Worse for Europe Than for Britain 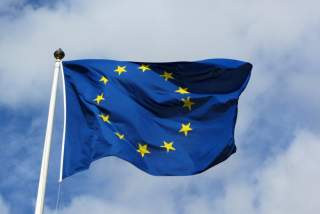 Though the British public has done the UK economy considerable harm by voting to exit the European Union, it has also endangered the union—perhaps even more than Britain. To be sure, London faces difficult economic and political problems. Threats to the EU, however, may well be existential.

The vote confronted Westminster with three issues. The first and most immediate was the battle for leadership of the Conservative Party, and so the prime minister’s office. That has resolved itself in the ascendancy of Theresa May. A second and more natty issue concerns the centrifugal forces long facing British society. Scottish nationalists have seized on the fact that Scottish districts voted to remain in the EU to press for a new referendum on independence. It does not help that German officials have indicated an EU welcome for Scotland in such an event.

Sinn Féin in Ireland has seized on the pro-EU vote in Northern Irish districts to argue for Irish reunification within the bosom of the EU. The Irish option is less likely to become a reality than Scottish dreams, which themselves will remain only a distant possibility, but both movements will nonetheless complicate the political horizon and introduce uncertainties for some time to come. In any case, because both countries present a drain on the UK’s resources, their departure, though hardly a pleasant prospect for any British government, would likely raise the per capita income of the rest of the nation.

On the economic front, the crucial issue is trade. The UK is a quintessential trading economy. Over half of its GDP concerns either imports or exports of one kind or another. The drop in the price of the pound sterling against most other currencies may well improve Britain’s trade balance over time, but the more fundamental issues will revolve around London’s ability to renegotiate its arrangements with some sixty of its trading partners, including the twenty-seven remaining members of the European Union. Right now, of course, Britain’s trade arrangements with all nations go through the EU. Still, arrangements with the United States, Russia, China, India and Japan, for instance, should go quickly enough. Many countries have rushed to reassure London of their interest in securing arrangements in the near future. Even President Barack Obama has done so—which is strange, since just a few weeks ago he told Britain that it would go to the “back of the queue” on trade with the United States if it voted for exit.

The fly in the ointment on this matter concerns Britain’s critical relations with the other members of the EU. To be sure, the UK in recent years has exported proportionally less than previously to Europe. Even so, almost half its exports go to the union and almost 55 percent of its imports come from it. These will now be governed by Article 50 of the EU’s Lisbon Treaty. Written to deal with matters of exit, it puts all the cards in Brussel’s hands and allows two years to decide on new arrangements, giving Brussels considerable ability to make things easy for Britain or not. Indicators on whether the European elite wants an amicable divorce or a spiteful one lie on both sides of the question. Some have spoken of making arrangements similar to the favorable situations of Norway and Switzerland. The Germans have pushed for a friendly departure, going so far as to invent the prospect of an “associate partner country” status for Britain. But for all these favorable indications, there is also a chance that Brussels may punish Britain in an effort to discourage others form threatening exit. In any case, a two-year wait would make the adjustment hard indeed for all concerned.

Awkward as this prospect is for Britain, the EU now faces still more serious and more fundamental concerns. Of these, British trade is the least important. To be sure, the continent exports more to the UK than it buys from it and so will suffer some economic pressures, though in this matter less than Britain. A far more significant threat lies in the chance that other member nations will now follow Britain’s lead and hold their own referendums on exit. Polls make clear that more than half of all French and Dutch people are dissatisfied with arrangements in the EU. Italy’s Five Star Movement has already called for a referendum. As a minority party run by a professional comedian, such pronouncements normally might not trouble EU leadership, but the party recently won nineteen of twenty mayoral elections, including in Rome and Turin. In France, the National Front also called for a referendum on the “decaying” EU. If such a contagion gains momentum, the union could come apart.

Even if the EU avoids such extremes, Brussels is well aware that a powerful reform movement seems to have developed. Italian Prime Minister Matteo Renzi has seized on the British matter to lead the charge on this front. He has pushed in some respects for changes similar to those Britain had wanted before the vote, many of which would halt Brussel’s treasured push for “a more perfect union.” Other Italian demands may be more disruptive still. These would seek ways to force the stronger nations in the eurozone (read: Germany) to commit more resources to the needs of the union as a whole, and also require Brussels to find ways to mitigate the huge advantages that current eurozone structures give Germany. British exit will if anything intensify such demands, from Italy to be sure, but also from other members of Europe’s beleaguered periphery—Greece, Spain, Portugal and perhaps even Ireland, which long has had disputes with Brussels over tax law. If the union holds together under this strain, it will surely become a different place.

The British vote introduces all sorts of uncertainties into planning at every level: corporate, financial and in foreign policymaking. The focus of all now rests on the United Kingdom. In relatively short order, it will shift to the continent.

Milton Ezrati is a contributing editor to the National Interest, an affiliate of the Center for the Study of Human Capital at the University at Buffalo (SUNY), and recently joined Fully Vested, a New York-based public relations firm, as its chief economist. His latest book, Thirty Tomorrows, on how the world can cope with aging demographics and globalization, was recently released by Thomas Dunne Books of Saint Martin’s Press.