Brexiters' Rage against the Elites 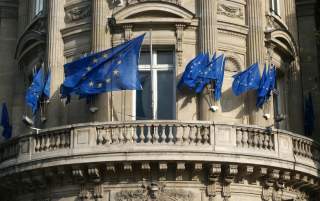 And those pleading with UK voters to cast their ballots for the status quo had essentially placed themselves on the side of dysfunction, of chaos, of menacing threats to the very essence of the West. Uncontrolled immigration. Economic stagnation. A loss of national identity. These constitute the legacy of Europe’s seventy-year march toward more and more integration. Add to that the steady erosion of democratic structures as EU countries ceded more and more control over the lives of their citizens to nameless and faceless bureaucrats in Brussels whose constant preoccupation is the stealthy accumulation of political power—a mission at which they are brilliant.

The wonder of it isn’t that British voters issued this “stunning” rebuke to the status quo. It wasn’t really that stunning in the context of the hydra-headed crisis besetting Europe these days. The wonder of it is that so many British leaders and institutions fought so desperately to preserve a status quo that clearly isn’t working. But that’s always the way. The leaders, the elites, the establishment—those most heavily invested in the status quo—always stand athwart change, even when the voters are telling them that it’s time for new structures, new experiments, new directions.

Consider the most fundamental fault line revealed by the Brexit vote—globalism versus nationalism. Globalism is the ideology of the status quo and of the elites desperately trying to preserve the status quo. These people have contempt for borders and for those who want to preserve borders in order to preserve the national heritage. Nationalism is the cry of ordinary people who don’t hang out at Davos and who wonder why their cultural heritage is under such attack in their own lands.

With the Brexit vote we can make a definitive statement about the tenor of our times. Globalism is out. Nationalism is in. The majority essentially slapped down the UK elites that, like the elites of just about every country throughout the West, have been undermining the traditional culture of Western civilization with a sneering attitude toward those who wished to preserve the values and mores of yore.

The weapon of choice for these elites has been mass immigration, which in England has brought about what writer Benjamin Schwarz has called “the most profound social transformation since the Industrial Revolution.” Schwartz, writing in the American Conservative (of which he is national editor), added that mass immigration in England “hasn’t merely embellished, changed, or even assaulted” the country’s national culture. “Rather, by its very nature . . . it perforce obliterates that culture.”

The Brexit vote reveals the anger and frustration percolating over this development throughout Western societies. In reporting the outcome, the New York Times says, “It was a remarkable victory for the country’s anti-Europe forces, which not long ago were considered to have little chance of prevailing.”

But was it really that remarkable? Wasn’t it inevitable that the people of Britain would rebel against the globalist elites bent on eroding British sovereignty, opening up its borders, assaulting its cultural heritage and turning governmental authority over to Brussels bureaucrats with little or no accountability to UK voters?

Closer to home, one could say the same thing about Donald Trump’s capture of the Republican presidential nomination in this year’s GOP primaries. To paraphrase the Times: “It was a remarkable victory for the country’s anti-elite forces, which not long ago were considered to have little chance of prevailing.” Take the immigration issue. As Trump said in the first GOP nomination-fight debate, the issue wouldn’t even have been getting aired had it not been for him. The status-quo elites didn’t want to talk about it until they could slip amnesty for current illegals into the equation without suffering any political backlash. Who was going to bring it up? That scion of status quo thinking, Jeb Bush? Marco Rubio, he of the burnt fingers? Trump forced the issue, and it turned out to be powerful.

The Brexit vote and the Trump emergence are part of the same Western phenomenon—a gathering backlash against globalism and the antinationalist forces that dominate elite institutions such as big news organizations, universities, think tanks, NGOs and governmental bureaucracies. Europe has been moving inexorably toward more and more integration pretty much since the 1950s. No more. This vote constitutes a turning point. We can’t know precisely what will emerge as Britain and Europe struggle to find a new direction offering greater hope to greater numbers of people marginalized by the bureaucratized EU. But it won’t be the status quo.

As Schwarz wrote some months ago, “The impotent seething abundantly in evidence among Old Britain is rooted in their disfranchisement, in the disdain with which their political and cultural leaders have forsaken them, and in their realization that those leaders, ensorcelled by fatuous slogans and intellectual fashion, in pursuit of vacuous and untested ideas, have irretrievably transformed an ancient nation.” That’s a harsh judgment—and pretty pessimistic on the future of Britain. Perhaps the Brexit vote will prove that Britain’s transformation isn’t quite so irretrievable after all.