Brexit's Doomed Alternative to the EU 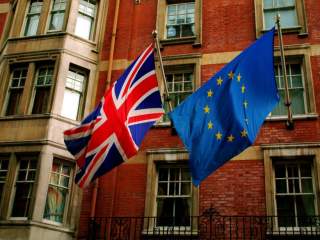 Secretary of State Dean Acheson stirred considerable controversy when, in a speech at West Point in 1962, he admitted what everybody already knew of his nation’s wartime partner: “Great Britain has lost an empire and has not yet found a role.” As one might expect, this incensed British tabloid opinion, and both Tory Prime Minister Harold Macmillan and the leader of the Labour Party quickly denounced Acheson’s words. But what went less noticed was his next sentence, warning that said role could not be “based on being head of a ‘commonwealth’ which has no political structure, or unity, or strength.”

With today’s Britain on the verge of embracing Brexit (the latest polls show the “Leave” camp rapidly closing the gap with the previously unassailable “Remainers”), there are some in the Euroskeptic wing of David Cameron’s government yearning for exactly what Acheson said was inadvisable—greater ties between Anglophone nations worldwide in lieu of formalized empire. Party grandees such as Boris Johnson, Daniel Hannan and David Willetts see this “Anglosphere” as their best escape from a run-aground European project they consider to be stultifying, patronizing and trespassing on Parliament’s sovereignty. Therefore, in choosing to bail out, this faction of the British right views this not so much as advocating surrendering a “new role” in the EU as recycling an old, albeit reengineered, role.

This Anglosphere hobbyhorse is not new, nor indeed is the phrase “English-speaking peoples.” It originated with Winston Churchill, whose staggering four-volume History of the English-Speaking Peoples wove a vast tapestry of shared history, from the Roman invasion of Britannia to the American Civil War, and served as an appropriate compendium to similar words voiced in the famed “Iron Curtain” speech of 1946: “Neither the sure prevention of war, nor the continuous rise of world organization will be gained without what I have called the fraternal association of the English-speaking peoples.”

After Churchill’s passing, a new fraternity of Anglo-Americans proceeded to pick up his baton and run with it. The eminent historian Robert Conquest, for example, expounded in his 1999 Reflections on a Ravaged Century on his desire—rooted in his Thatcherite sympathies—to see the British detach themselves from the EU and float closer to their transoceanic cousins. The always-wry Conquest even suggested placid Bermuda as an ideal (or idyll) headquarters, much as La Francophonie sets up shop in Paris. John O’Sullivan advocated a return to this form of “network commonwealth.” Even as famed a contrarian as Christopher Hitchens sounded sympathetic to the idea, though he was quick to note that burgeoning India, Anglophone among its political and business elite and parliamentary in its form of government, ought to be included. In fact, all three men of letters were in agreement that “multiracial” did not necessarily have to be at odds with “civilizational”; Nigeria, South Africa and the West Indies would be just as welcome.

Assuming that David Cameron would resign his premiership if the referendum on which he staked so much credibility does not go his way, how would, say, a Prime Minister Boris Johnson seek to corral the other “English-speaking peoples” into this vision? In a very narrow sense, the rudiments of a foundation are already in existence. The controversial “Five Eyes” arrangement, whereby the United States, the United Kingdom, Canada, Australia and New Zealand share gathered intelligence with each other (including about Five Eyes nations’ citizens, in order to circumvent its own domestic safeguards) has been extant since the Second World War and has proved especially fruitful in the War on Terror. Obvious cultural ties, alongside ties of blood, still abound. And of course, the United States, the United Kingdom and Canada are all defensively lashed to the same NATO mast, with a similar configuration binding the collective security of ANZUS.

That this much cooperation has occurred between nations so geographically disparate speaks to a values-laden argument for closer ties. As historian Andrew Roberts’ follow-up to Churchill’s opus, A History of the English-speaking Peoples since 1900, attests, on the grave questions of twentieth- and twenty-first-century ideology—Wilhelmine expansionism, fascism, communism and now Islamism—the aforementioned countries, with few exceptions, all found themselves not only on the same side, but leading the charge. Surely a more durable union, perhaps consisting of some sort of free-trade regime accompanying a loose confederation with limited decision-making powers, would be the next logical step, a codification of already existing norms?

In short, the answer is no. The two massive bookends on which the stability of such an organ would doubtless have to rest, the United States and India, are in any case disinclined toward such a plan.

Barack Obama has already made clear on multiple occasions (at one point publicly with Cameron at his side) that Washington would prefer to see the Remain campaign prevail. Even if such clear-cut objections were not already in public fora, the president is not hedging his bets with respect to a potential Leave win; last October, trade representative Michael Froman announced that negotiations with Brussels over the viability of the Transatlantic Trade and Investment Partnership (TTIP) free trade area would go ahead with or without the British. At any rate, as Michael Ignatieff pointed out in his review of Conquest, an America grown increasingly Hispanic and Asian might not see itself as especially “Anglo-Celtic.”

At one point, India looked poised to make common cause with the Anglosphere. In a speech at Oxford in 2005, then Prime Minister Manmohan Singh declared to his fellow alumni, “If there is one phenomenon on which the sun cannot set, it is the world of the English-speaking peoples, in which the people of Indian origin are the largest single component.” But in the intervening time, Singh was ousted at the ballot box by Narendra Modi, whose nationalistic (read: Hindu) vision of twenty-first-century India is more in line with Nehru’s desire to see New Delhi exert its own role on the global stage rather than to join anyone’s ensemble cast. Recently, the prime minister’s assertion that the British owe reparations to India for the Raj would suggest he has not forgiven nor forgotten.

And what of the others? Once upon a recent time, the Canadians and the Australians were governed by two out-and-out neoconservatives—Stephen Harper and Tony Abbott, respectively—whose Anglophilic credentials it would be hard to outclass. Abbott was fond of waxing poetic about the merits of the Mother Country, and Harper’s foreign ministry once even posited that British and Canadian embassies should combine functions in some countries. Yet both men were toppled by small-L liberals who view their nations less as civilizational saviors than as multicultural entrepôts; the odds that they would seek to advance this football down the field are not high.

Questions of leadership left aside, perhaps the common values supposedly buoying the English-speaking peoples together are not as durable as some would have hoped. It would be difficult, for instance, to find a religious institution that better dovetails with the Anglo-centric tradition of civic freedom than the Anglican Communion (or, to familiar American ears, the Episcopal Church). From openness to same-sex marriage and female priests to a more permissive attitude toward divorce and abortion, the Anglican communities of the “global north” exhort what one might expect. But Anglican iterations in the “global south”—ostensible Anglosphere candidates in Central Africa, Nigeria, and India—are still battling the demons of entrenched homophobia and sexism. With the divide between north and south becoming increasingly hard to ford, the question merits asking: If God cannot unite the Anglosphere, how can politicians?