Bring Back the Privateers 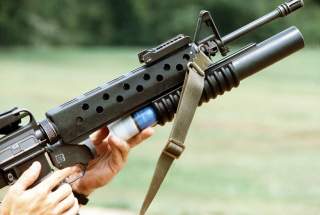 With cyberspace being an ever-expanding universe with nearly limitless opportunities, issuing letters would empower Congress to tap existing human capital to fight VEOs. Cyberspace is an electronic sea full of pirates armed with virtual raiding vessels that can appear from anywhere at any time. But cyberspace is also inhabited by legitimate counterforces that constantly ameliorate the damage caused by cyberpirates. By issuing letters to carefully selected hackers (or counterhackers), Washington can allow individuals, companies and networks with the skills to traverse cyberspace to attack opponents of the United States without fearing legal retribution. By recruiting talented individuals or groups to actively attack opponent websites, the United States and its allies can pursue a zero-to-low-cost approach to confronting the funding infrastructure of VEOs globally. Once open season is declared on the websites of VEOs, chaos and distrust would spread among the Islamic State’s online sympathizers. Attacking VEO websites for financial gain would help deter their more dedicated supporters, who would be exposed to the perils of being hacked. Doing so would help separate the true believers from the casual activists, thus reducing donations and other avenues of VEO income.

For Congress, fighting VEOs will be just one opportunity for issuing letters once this concept is implemented and its strategic value is realized. Letters could be issued by Congress to support border operations against illegal immigration. Private security companies could be paid for the safe collection and return of persons looking to cross the border illegally. Letters could also be innovatively used to revitalize efforts against international drug trafficking, with modern multinational privateers receiving a bounty on illegal narcotics seized. If Congress wants to participate in the formulation of any number of foreign-policy options, the Constitution strategically empowers it with the authority to grant letters of marque and reprisal.

PERHAPS THE best part about this idea is that it is constitutional.

But why do it? For the last six decades, Congress has systematically ceded its original role in national-security affairs. The result has been what many scholars label “the imperial presidency.” The commander in chief has ordered all combat deployments since World War II without seeking a declaration of war from Congress. However, declaring war and doing nothing should not be the only options available to a legislative body. Issuing letters of marque and reprisal will spur Congress to reinvigorate greater strategic thinking and action in the legislative branch during a critical moment when creativity is needed to address gaps in capabilities to counter VEOs. By doing so, Congress would begin to free itself from decades-old inertia in the conduct of America’s foreign affairs. These letters would help to restore balance to the separation of powers that the Founding Fathers envisioned. They would also force America’s enemies to confront an old and unexpected strategic tool in the national arsenal. It’s privateering time.

Ian C. Rice is a U.S. Army officer and PhD candidate at the University of California, Los Angeles. Douglas A. Borer is an associate professor of defense analysis at the Naval Postgraduate School. The views expressed here are their own and do not represent official U.S. government policy.