Bring Back the War of Ideas 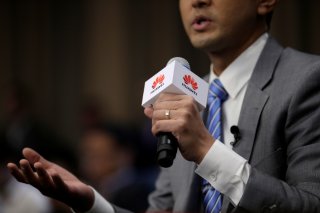 As Chinese belligerence forces the free world into a new cold war, and amid prolonged strategic competitions with Russia and Iran, Washington should revive the war of ideas we have fought since the Continental Congress published the Declaration of Independence. That first official salvo in the battle for hearts and minds began a proud American heritage of using truth and pro-freedom information against the country’s adversaries.

America’s modern apparatus for disseminating information to the detriment of its opponents includes three “surrogate” broadcasters focused on Asia, Europe, and the Middle East. Last month, they received new presidents, which could lead to their increased effectiveness.

The media properties in question are called surrogates because they are intended to replace a news media that cannot exist due to censorship in foreign areas of key interest to the U.S. government. Referring to the most famous of the three broadcasters, Lech Walesa, the then-president of Poland who led the movement that helped topple communist rule, put his hands on then-Senator Joe Biden in 1991 and said, “Thank Radio Free Europe and the Holy Father.”

Indeed, Radio Free Europe and Radio Liberty, its partner focused on the Soviet Union, formed part of a lifeline of news to those behind the Iron Curtain. With that news came an image of a different and better world, hope, and, for some, the inspiration to take risks to seek change.

The U.S.-funded radio networks were part of a broad effort to affirm suspicions of people under the yoke of Soviet tyranny that they were not living in a socialist paradise and that their regimes were not infallible or invulnerable. It had cultural-religious elements—hence Walesa’s mention of anti-communist Pope John Paul II—and others based on economics, information, and ideology.

Despite the drift of U.S. foreign policy after the Cold War, Congress continued support for these journalists with a cause. It launched Radio Free Asia in 1996, four years after Biden first advocated the move in the Senate. Then, in the wake of the 9/11 attacks on the United States, Congress created what would become Middle East Broadcasting Networks. The move stemmed from the realization that misinformation helped drive terrorism and its animating ideology.

Who can doubt that such journalism is needed today? China, America’s chief adversary in the world, casually lies on any given day about its economic warfare against the free world, its threats of violence against Taiwan, its concentration camps for Muslims, its attempts to erase Tibetan culture, and its extensive influence operations inside the United States. Iran’s government desperately censors facts about its population’s dissatisfaction and privation, which are byproducts of Tehran’s attempts to export terrorism and clerical rule. Russia punches well above its economic weight in statecraft and national power, in part, due to its manipulation of information.

Factual news about what America’s adversaries are doing to their people and neighbors is as important as ever because it frustrates those governments and creating hope for a future with the rule of law and accountable government. But the niche occupied by broadcasters who have journalistic independence—yet are ultimately funded by the U.S. government—must change as the information environment changes.

Each of the radio networks has been criticized at times for ineffectiveness and limited penetration. Sometimes that isn’t fair. When I was the State Department deputy special envoy for North Korean human rights issues, we knew Radio Free Asia’s Korean Service was doing something right not because of audience share in North Korea—something that would be impossible to measure accurately—but by the regime’s determined efforts to jam the broadcasts.

Today, the networks’ leaders and managers should ensure reporters are producing sharp journalism that matters to the portion of a closed society most likely to effect change. That message and how one defines and reaches that population will change over time. Some may support an increasing audience by adding content other than news or by chasing a younger audience with newer media formats. Others may call for more anodyne news that is less disruptive and is more reflective of government broadcasters like the BBC.

To be effective, journalists and the technicians disseminating their content need inspired leadership to help them do tough reporting, even when unpopular, and to experiment with different forms of media and audience segments. In some situations, new technologies can be effective. In others, old technologies like shortwave radio may still be the best way to reach the right people.

The new leadership at the surrogate radio networks needs to ensure their journalists are part of the front line in the war of ideas, wielding facts against our adversaries’ mendacity, duplicity, and censorship. Policymakers and Congress should prioritize these and related tools for an updated war of ideas—and recognize their importance in stopping a cold war from becoming a hot one.

Christian Whiton is a member of the board of directors of Radio Free Europe/Radio Liberty, Radio Free Asia, and Middle East Broadcast Networks. He is a senior fellow at the Center for the National Interest and the author of “Smart Power: Between Diplomacy and War.”