Britain Must Ramp Up Its Fight Against Islamic Extremists 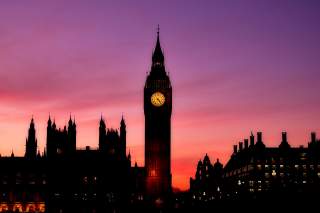 Last week, the United Kingdom’s terror-threat level was deemed critical and armed forces were deployed on British streets. It is difficult to see what further security measures the government could put in place beyond those it has already taken. Though London hasn’t instituted a state of emergency akin to that in place in France, it is moving in the same direction.

It should be noted that such extraordinary measures can’t be maintained as a long-term solution. At some point a threat level that goes up will have to be brought back down, even though the danger of terrorism is far from having gone away. Will Britain simply have to learn to live with terrorism, as the former French prime minister Manuel Valls told the French people they must following the Nice attack?

If an ever-present threat of terror attacks is the new normal, then what more can the government do to keep the public safe? Short of arming all police officers and installing multiple rings of airport-style security at every nightclub, cinema, shopping center and sporting event in the country, it is fast reaching the limits of what can be done to increase security on the ground. The same is probably now true of its surveillance. The government cannot expect its intelligence services to be infallible.

It is understood that Salman Abedi was already known to the authorities. In fact, it is believed that there are around three thousand known extremist individuals who are of concern to Britain’s security services. Additionally, MI5—the country’s domestic security branch—is monitoring some five hundred live terror cases at any one time. Given how labor intensive this kind of surveillance is, it seems inevitable that some attacks will get through.

Despite the scale of the task, thirteen major terror plots have been successfully foiled in the past four years. That is impressive work, but with so many extremists trying to formulate plots, it is impossible for the security services to uncover every one. When there are so many would-be attackers, some will get through, as was the case in Manchester, as well as Westminster. The emphasis must therefore be on prevention and disruption a stage earlier. The aim must not just be to foil plots, but to reduce the number of plots being formed in the first place.

That means identifying and curtailing nonviolent extremism. Despite the talk of so-called “lone wolves” and warped individuals radicalizing themselves online, terrorists are not isolated figures coming out of a vacuum over which we have no influence or control. Increasingly, research into the process of how individuals become radicalized points to the crucial influence of face-to-face relationships and the role played by being part of a network of likeminded individuals. Research by the Henry Jackson Society has shown that only one in ten of those convicted for terror offences in the United Kingdom acted entirely alone.

Consider the threat that Britain now faces from extremists returning from Syria—such as those who carried out the Bataclan and Brussels attacks. More than four hundred individuals have already returned from Syria to the United Kingdom. That’s an unsettling thought. But it is the inevitable fallout from the fact that around 850 British people thought life under theocratic war-torn Islamic State was a more appealing option than life in a Western democracy like Britain.

Like plenty of leaders before him, Donald Trump talked big about “driving out” the ideology whilst in Saudi Arabia. Yet we don’t tend to get much detail about what this would actually entail. In Britain, the government has made a start by addressing the growth of the nonviolent extremism that can give rise to a more violent ideology. Part of this involves making sure that the Prevent strategy for countering radicalization in public services is implemented effectively.

Yet there is an entire extremism industry operating in the United Kingdom that skirts the law and continues to operate mostly unrestricted. This network of Islamist campaign groups, campus groups, online publications, preachers and activists put a lot of their energy into trying to undermine counter-radicalization efforts. More generally, they work to legitimize the extremist worldview, conspiracy theories and a sense of grievance and alienation that can move some young Muslims further down the path towards violent extremism.

If the United Kingdom is serious about defeating the ideology that breeds terrorism, then that will mean acting to disrupt and restrict the activities of those who seek to legitimize the people who want to destroy its way of life. There is a need for moderate Muslim scholars to dismantle the Islamist narrative, but there is also practical work to be done. United Kingdom authorities must challenge groups who seek to mainstream that narrative within the Muslim community.

Under British prime minister David Cameron the government reviewed whether or not the Muslim Brotherhood should be designated a terrorist organization. Ultimately, it was decided there was not sufficient evidence to justify such a move. But just because a group isn’t undertaking terrorist activity in the United Kingdom doesn’t mean they should have a free pass. With clerics who justify religious violence, the Muslim Brotherhood is undoubtedly a radical Islamist organization and, along with its associated organizations, should have been banned from operating in the United Kingdom.

Similarly, Britain has numerous foreign-funded mosques, foundations and educational institutions that regularly host extremist speakers and distribute extremist literature. Many have produced students and worshipers who went on to commit terrorist acts or travelled abroad to join terrorist insurgencies. Such places should be stripped of their charitable status and should have their funding from overseas blocked. In the most serious cases, Britain should follow the French lead and shutter the institutions.

The fact that the British government has been compelled to deploy troops in its cities hardly gives the sense that this threat is waning. Through increased security and intelligence measures, it may get better at foiling plots. But it won’t be able to fully defeat terrorism until it reduces the number of people desiring to form plots. That will require it to step up its fight against their ideology.

Tom Wilson is a research fellow at The Henry Jackson Society.