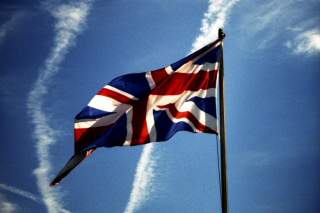 Last Thursday, when asked, “Should Scotland be an independent country?,” the “No” side proved the winner by over 10 percent. The unromantic cause prevailed on a massive 85 percent turnout. On Friday, Alex Salmond announced that he was quitting as head of the autonomous Scottish government and as leader of the Scottish National Party (SNP). He was proud that the base-camp for the climb to Scottish freedom had been established so near to the peak, but now it was time for someone else to attempt the final assault.

Tributes declaring that “he served Scotland well and leaves a huge gap on the political stage” were offered from media critics previously alarmed by his ruthlessness and radical plans for Scotland. The international media was already fast packing its bags. Scotland it seems was already returning to the attic where it had slumbered for over three hundred years. Frayed European unity and international relations based on cohesive states which did not split except in the most extreme circumstances, was reasserting itself after the quelling of this north British insurgency.

But somehow it did not seem to be a victory for the exponents of British continuity. Journalists noticed how unwilling still “No” supporters were to appear on camera. “Yes” posters remained visible on countless windows in big cities after the vote. In the final campaigning stages, the “Yes” side had portrayed itself as “Team Scotland.” It branded “No” voters as stooges backing “Team Westminster,” the despised London elite and its unpopular “plastic politicians.”

Communities, workplaces and families had been torn asunder in the thirty months of campaigning, which David Cameron had naively granted to Salmond. He turned a supposedly impartial civil service into a propaganda tool for his independence cause. Social media was used in a virtuoso manner to reach out to previously apolitical 16-18-year-olds given the vote especially for this event, and indeed many others. Under the eyes of the police, open air “No” meetings were attacked and posters systematically defaced, causing Salmond’s predecessor as First Minister, to question police impartiality of the police (however, a leading police official praised the conduct of the campaign).

Tom Bradby, the political editor of one major news channel, ITN, found the ill-will to be worse than that experienced when working in Ulster of the 1990s: “the level of abuse and intimidation” was “highly unusual in the democratic world.”

Scots grouped themselves in two antagonistic camps. On the one hand, there were those gripped by fervent emotion. Independence was an existential choice that needed to be made irrespective of any economic downside. An army of outside experts, such as Alan Greenspan, Paul Krugman or Niall Ferguson, to name but a few, could do the sums and deem the separatist route to be a perilous one, but they were merely dupes of a desperate UK government’s “Project Fear.”

Young people, the intelligentsia, men more than women, and above all, economically underactive Scots often dependent on state welfare, were the backbone of the “Yes” side. Ranged against them were “the coping classes,” small-town, rural or suburban Scots, far more self-reliant and long term in their approach to life’s challenges. The failure of the separatists to even make a half-hearted economic case for breaking up the UK was crucial for them. They saw how businesses had been threatened with reprisals from the very top of the SNP for daring to express their own misgivings. The latest economic figures showed Britain’s rate of growth to be well ahead of all other major Western states. Indeed, this month, more Scots are in work than at any time in the country’s history.

In all but four districts the “No” side won. But one of the exceptions was Scotland’s main city, Glasgow. Perhaps no other place in Scotland benefits so clearly from the fact that per head of population the country receives £1,700 more than the rest of the UK. This post-industrial city has relied on UK funding to maintain a strong social and educational infrastructure. The local economy is based on a service sector dependent on consumers from across the UK. Yet in a city, which had never been a separatist stronghold, the “Yes” side got 53.49 percent of the vote. Salmond had already deemed it “Freedom city” in July. The turbulence of this unruly city had been expressed in football rivalry, crime and leftist militancy. But now it was being harnessed to power the energy for the independence drive and I predict it will continue to be a focal point of agitation that will unnerve the old political order.

Unusually for a nationalist movement, the SNP extols multiculturalism. It believes that it can convert immigrants to its vision of a left-leaning and paternalistic Scotland just as Peron in Argentina made recent southern European immigrants and their offspring the central pillar of his populist movement from the 1940s onwards. It certainly succeeded in Glasgow. Irish origin Scots, who already possess a “rebel culture” previously expressed through hostility to the symbols of the Unionist elite felt to oppress them, were won over. So were south Asians, particularly Pakistani Scots who were hailed by the SNP as fellow “victims” of British imperialism.

Confidence had been running high in the Nationalist camp in the marathon campaign’s closing stages. On September 7, a poll by the respected You Gov company, had given the “Yes” side a decisive lead. Soon Salmond was declaring that this referendum would decide Scotland’s future direction and no other would be required for a long time. Panic ensued in London. On September 8, the major party leaders agreed that Scotland would obtain enhanced devolution and that the timetable for its introduction would be swift.

But the poll turned out to be an outlier. On September 20, the “End of a Dream” was the headline in the London Times. The obituary of Salmond, who will turn 60 next New Year’s Eve, appeared to be written. The barely-concealed hope was that the SNP would stand down its campaigning army. Constitutional obsessions would be put to one side and Scotland’s governing party would concentrate on vital tasks that had been neglected in recent torrid years.

It took less than 24 hours before the hopes of London commentators and politicians, that the infernal “Scottish Question” would go away, were dashed. Instead of attending a specially-convened Church of Scotland reconciliation service on Sunday, Salmond toured the television studios. He put himself in the shoes of “No” voters and declared that they had been robbed. He seized upon evidence that Cameron might be retreating from his undertakings of more devolution: on Friday, Cameron was reported as saying that the Scottish proposals must be part of a UK-wide package of radical decentralization. Now according to Salmond the September 18 result was provisional.

Far more remarkably, he claimed (erroneously as it turned out) that the result lacked credibility because the result was concentrated in one particular age group, the over 55s. If victory had been his and elected officials in parts of Scotland which were pro-Union had stated that they refused to secede, there would have been uproar. But Salmond was now claiming that the votes of a generation which, arguably, had been more responsible for defending and building up Scotland in the war years and those of post-war recovery, somehow delegitimized the result.

Having successfully branded England as the alien “other” in the eyes of impressionable young followers, he now had no qualms in demonizing senior citizens: “I think Scots of my generation and above should really be looking at themselves in the mirror and wonder if we by majority, as a result of our decision, have actually impeded progress for the next generation which is something no generation should do.”

He talked of his party unilaterally declaring independence after gaining increasing numbers of powers from London. This was evidence, if any were needed, that his movement was not going to cohabit with the rest of the UK, whatever the circumstances. In a sign of his renewed militancy, he staged a reconciliation with a party rival, Jim Sillars who, on 12 September, had threatened pro-union businesses with “a day of reckoning,” threatening the nationalization of the oil giant, BP.

Instead of stepping aside to write his memoirs there are growing signs that Salmond wishes to drop executive responsibilities in order to assume an agitational role. In eighteen months time, elections will be held for the Scottish parliament and his hopes of delivering a knock-out blow to the unionist parties are not unreasonable. The Labour Party needed a police presence when its colorless leader Ed Miliband attempted to campaign in September. The Liberal Democrats, once enjoying near parity with the SNP, are left with only 3 percent support. The Conservatives are in better shape but they are seen as a force for English “colonialism.”

According to the SNP, a staggering 25,000 people have flocked to join the party in the days since the referendum. Citizens enthusiasm for the political process is heartening but they are joining a party which made the rest of the UK out as the enemy of Scotland. Moreover, according to veteran journalist Kenneth Roy, an “authoritarian” Salmond allowed the campaign to be conducted in an “oppressive atmosphere.” He “insisted on calling it ‘joyous,’ when he knew that “No” supporters were afraid to identify themselves for fear of reprisal. He even managed to find something ‘joyous’ about the intimidation of BBC staff outside their studios.” Cameron made it clear on September 22 that the swift timetable for providing enhanced powers to Scotland would be honored. But with the countdown to the May 2015 British general election already starting, it is unclear whether the UK parties will rise to the continuing separatist challenge. Will they see the need to present some kind of united front in order to deprive the SNP of an overall majority in 2016? Even if the signs grow that such a victory could be used by Salmond to declare unilateral independence, I doubt if they will summon up such resolve. Jack Straw, a former British foreign secretary, has proposed following in the example of “stable, federated countries” like the USA and India and passing a law that will state that “the union is now indissoluble.”