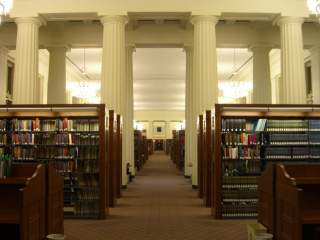 Student debt is pervasive. The balance in the U.S. is well over $1 trillion. And everyone seems to have it: in 2014, the U.S. Government Accountability Office found that 18 percent of households led by someone aged 45–54 years still had student loan debt. 9 percent of households led by those aged 55–64 years, and 4 percent of those led by someone aged 65–74 years, have student loan debt too. This is not simply a young person’s problem, and will not be short-lived.

But addressing student loans could be an effective means of jumpstarting the economy. It would begin to reverse years of slow asset accumulation, ranging from retirement savings to housing, and reinvigorate economic dynamism.

Attention should be paid to the existing stockpile of debt—and to debt issued for future education. Solutions for tackling both are simpler than you might think.

One simple method of providing relief is a tax credit, an “ETC,” for debt payments as part of employee compensation. In practice, a new hire is paid $35,000 in salary and $15,000 in student loan payments per year. The effective payment from an employer’s perspective is $35,000 (due to the offsetting tax credit), but the effective compensation to the employee would be $50,000.

This functions as both a “tax cut” and a market-based incentive. The employer benefits from less compensation expense during prime training years, reducing the risk of training a new hire. Meanwhile, the employee benefits from the compensation scheme. In addition, businesses would have an incentive to hire more graduates or near-graduates. The ETC could also—theoretically—raise total compensation, as employers use the credit as a mechanism to compete for talent without raising their direct labor costs.

A second mechanism would be a “debt 401(k).” The “d401(k)” would work similarly to a traditional 401(k), with pre-tax matching of employee contributions and other familiar features. The d401(k) incentivizes repayment on the employee’s and the employer’s side in the same basic way as the ETC, but the debt repayment requires a direct contribution from the individual. A d401(k) would incentivize employers to help accelerate the repayment rate with their employees.

But something needs to be done now. Student debt levels contributed to two particularly dangerous, longer-term problems for the health of the U.S. economy: slow millennial household formation/asset accumulation and underemployment/skill degradation.

At the moment, student debt is delaying home and other purchases, and households are building wealth much later and slowly. Later in life, there is less equity in homes and less financial flexibility. Home equity is the number one source of capital to start a business, and the best time in life to start one is the early 40s. Unless a solution comes quickly, the U.S. risks structural problems with economic dynamism down the road.

As a person ages, it becomes harder and harder to find employment with a given skill set. And the cycle is self-reinforcing. A plan to lower the cost of training and hiring younger employees should reduce some of this tension. The ETC and d401(k) assist in alleviating the emerging problem of over-qualification of knowledge erosion, because they incentivize the hiring of younger, educated workers.

There are some potential pitfalls. These mechanisms could encourage additional debt accumulation, and neither the ETC nor the d401(k) addresses the pricing side of education. Attacking the pricing side would be far more difficult politically, and unlikely to provide any sort of durable tool for the future.

But there are plenty of positive side effects as well. Many of the companies that would be most likely to participate would be hiring outsized numbers of scientists and engineers. The incentive would skew toward those industries where it would be easiest to find a job with the benefits to help pay down debt. The ETC and d401(k) would promote STEM. Also, the plan could lead to more debt outstanding as previously disadvantaged students feel more comfortable and pursue higher education. More debt would show up in the Federal Reserve’s report, but for the right reasons.

Using a pragmatic, simple-to-articulate strategy for incentivizing repayment via known and understood mechanisms is a viable option. The U.S. government incurs no financial burden, and the plan would likely raise revenues in the long run as more and more millennials join the full economy. There are only a few ways to deliver faster, stable economic growth. Addressing student debt is one of them.